With the new series starting at the weekend, I realised that I hadn't found a way to crowbar lots of Doctor Who references into my blog recently, and so I got to thinking about how various monsters and aliens from the show represent different aspects of the UK media scene today... 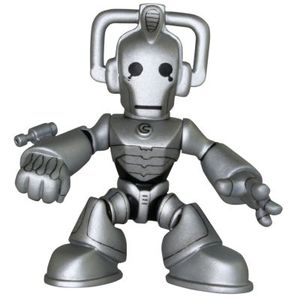 The Cybermen's aim is to assimilate - their catchphrase is that you must be upgraded or deleted. They are like the mini-army of starry-eyed technophiles within media businesses, telling everybody that they need to upgrade their skills to use all of the latest technology and gadgets. The tragedy of the Cybermen is that they lose their emotions - the tear-drop insignia beneath their eye is to remind them that they once cried. The risk for the media is that in 'upgrading' we concentrate so much on the digital and the new, that we forget the traditional story-telling and craft skills of journalism. 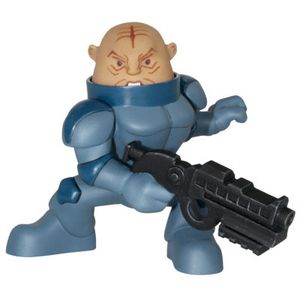 The Sontarans are a cloned race of warriors, constantly engaged in war. A running joke during their recent appearance in the TV series was the question of how they tell each other apart. They remind me of the legions of local and hyperlocal sites from the large regional press groups, all carefully stamped out of the same cloned templates, preventing any real local variation in tone, flavour or innovation to come through. 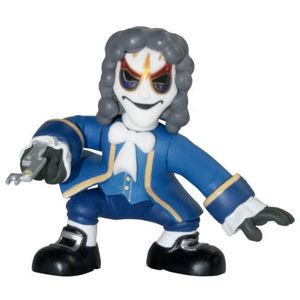 Worse than being a slave to technology like the Cybermen, or building identikit sites like the Sontarans, is using the wrong technology in the wrong way, like the Clockwork Men of the SS Madame de Pompadour. As intricate and impressive as they were, their misguided attempts to kidnap the real Madame de Pompadour were a huge drain on their resources, and they were seeking to achieve the wrong strategic goal. Like many big media companies, they expended a great deal of energy reaching back in time, looking for a solution from the past, to fix the problems they faced today. 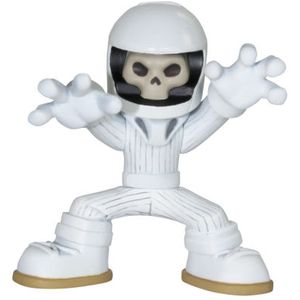 Vashta Nerarda live in the shadows, and the first sign that you have been attacked by one is that you yourself have an extra shadow. I think of those extra shadows as all the extra production staff required by big media organisations to produce a story. You know, the team that turns up to a press conference with a reporter, a cameraman and a sound engineer. Then sends the footage to a central hub where it is edited by someone else, uploaded to the website by a different production assistant, and finally placed on the homepage by the day editor. All those extra shadows, when next to the reporter at the original event was the lone amateur, capturing it all on their Flip minicam, and uploading it straight to an embedded YouTube video channel on their blog, in seconds, and at a fraction of the cost. 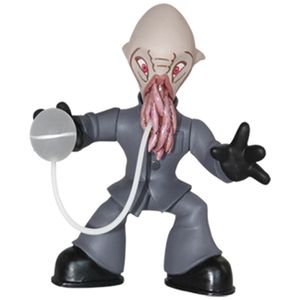 Not all new technology gadgets are for a greater good. The Ood are an old, wise and sensitive race, whose individuality is suppressed when an evil corporation removes their hind-brain, and instead makes them hold a universal translation device so that they all think and speak the same, and are willing to unquestioningly serve. They are like the wise old school journalist, suddenly given the login to their new blog / Twitter feed / personalised branded iPhone app, and told to start toeing the corporate line that 'digital is better'. They've probably been told this by a Cyberman. [see above!] 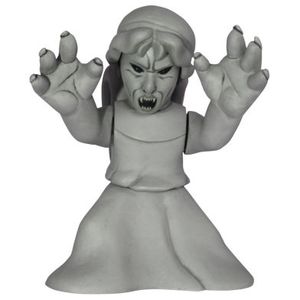 Appearing in probably the scariest ever episode of Doctor Who, the Weeping Angels can only move when they are not being observed. Blink, and they have you in their grasp. I think they serve as a useful representation of the media landscape we inhabit today. If you take your eye of the game even for an instant, it feels like everything has changed. Again. 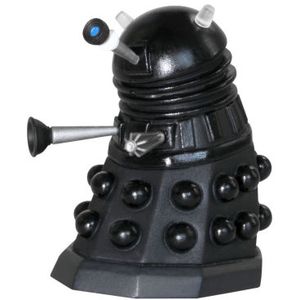 Who the Daleks are varies depending on your point of view.

If you are the BBC, then the Daleks are an incoming Conservative Government, eager to exterminate the Corporation and cut it down to size.

If you are anyone other than the BBC, then the Daleks are the BBC, always keen to stake out some 'public service remit' ground on any new device, platform or service you care to name, exterminating commercial audiences and opportunities.

And if we were ever to look outside our UK media landscape silo, we'd probably all finally notice that the Daleks are actually Google, exterminating domestic advertising revenue and stealing content and audience attention from us as they go... 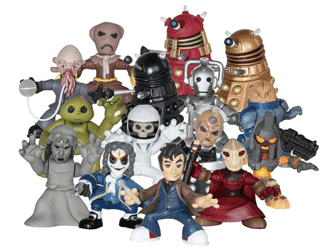 "The Tardis and Multiplatform" - Julie Gardner talks about Doctor Who's multi-media incarnations - September 2007
Currybet's law - 5 reasons why Doctor Who always crops up in BBC meetings - March 2009
A Brief History Of Time (Travel) - BBC Internet Blog, November 2007
Why my Doctor Who blog failed - July 2007
The Making of Doctor Who Webcasts - August 2004

I love those little characters. I am getting some

Shame they don't do a TARDIS figure.

oh sorry Martin, great post I know a few news execs who are a mix of the lot

Daleks are evil in a good old fashioned honest way - they are very easy to spot and have an obvious flaw.

Google are much more like the Borg, especially the one with the big chest in the tight outfit that you forget is a borg...

"all carefully stamped out of the same cloned templates, preventing any real local variation in tone, flavour or innovation to come through"

I had to laugh at that. Not too keen on regional press groups, eh?
I love these little figures, too. The Cyberman is the best IMO, but then they always were my fave Dr Who baddies :)

"Google are much more like the Borg, especially the one with the big chest in the tight outfit that you forget is a borg.."

but you can't switch Google off by sending them a "Sleep" command through subspace ;)

Good post Martin, I think Google have got to be the Borg! Either way, we can't trust them..