Last week I began a survey of online newspaper coverage of the Vancouver 2010 Winter Olympics. Rather than my usual assessment of what various UK newspapers had done, I've concentrated on the digital media of the countries that did well in the medal table in Turin in 2006. Today I wanted to look at some of the things I noticed in Swedish coverage of the games.

One of the things that we tend to do in the newspaper industry - and I'm as guilty of this as anyone - is to focus very closely on what our niche competitors are doing, rather than looking at the wider picture. I noticed what I thought was an example of this in Sweden, where it seemed that main tabloid evening papers Aftonbladet and Expressen had set their Olympics coverage up in almost exactly the same way.

Both of them were promoting their special Olympics sections from similar small banner ads at the top of their sports sections, both had separate video channels off-domain, and by the close of the Games, they were both trailling their latest coverage with a very similar graphic treatment.

A couple of points of interest on the Aftonbladet site included the use of a dynamic masthead on the Winter Olympics section, indicating Sweden's current performance in the medal table.

Some headlines on Aftonbaldet were preceded with a big red 'TV', and clicking the link took the user directly through to the Aftonbladet TV channel. 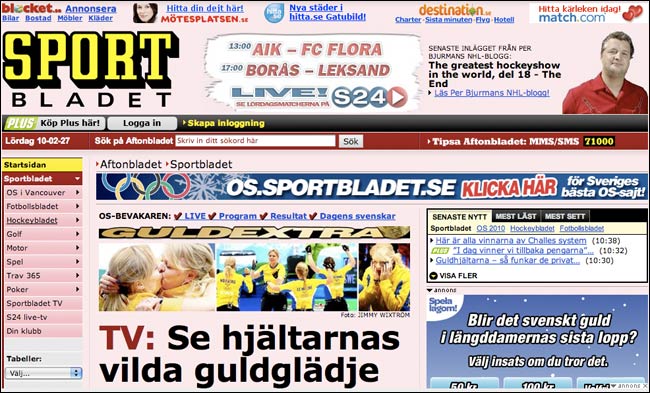 Unfortunately, as I was outside of Sweden, I was able to see the pre-roll adverts, but not the actual content. 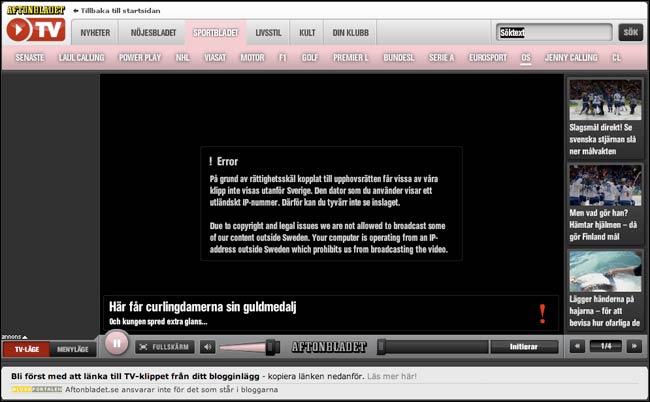 There was a social side to the clips, with signed in users being able to add comments directly underneath the video.

Expressen promoted their video content slightly differently, with a panel on the right-hand side of their Olympics front page. 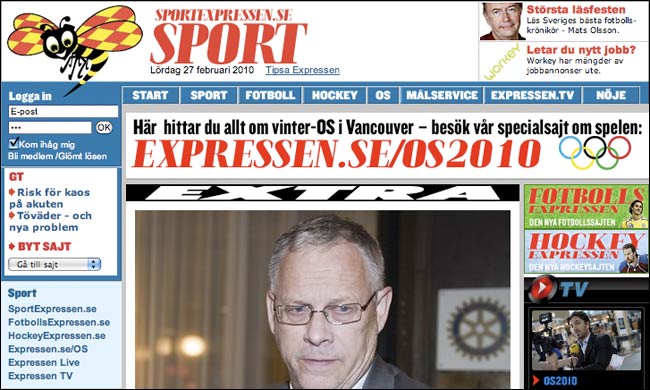 Something I'd not noticed particularly before on a newspaper website was that when you hovered over the promo thumbnail of the video, it began 'playing' in the thumbnail space. Or, at least, an animated low-res version of the video started looping.

By contrast, the much smaller minority Italian language Swiss paper Corriere del Ticino was using the simple mechanism of embedded YouTube video in the right-hand column of their Olympic special. 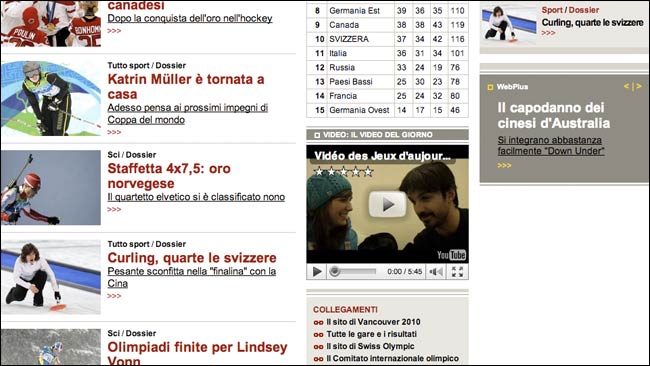 Like Aftonbladet, the Expressen TV Winter Olympics site took the user completely to a different site. 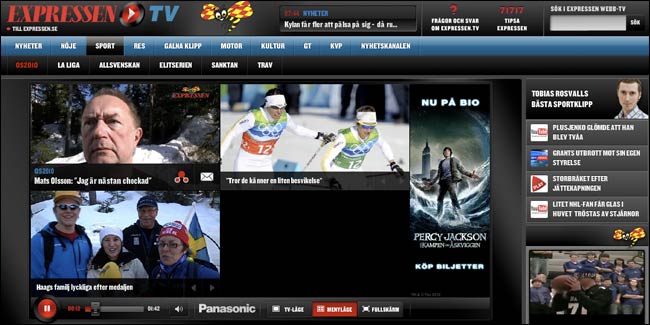 Expressen was also running special Olympic 'Vinterbloggen', with multiple authors contributing to the series. Whilst their blog platform had some standard features like comments and trackbacks, I did notice that individual entries didn't include any of the 'Tweet this' or 'Share that' logos that usually litter newspaper websites. These days that seems something of a rarity. 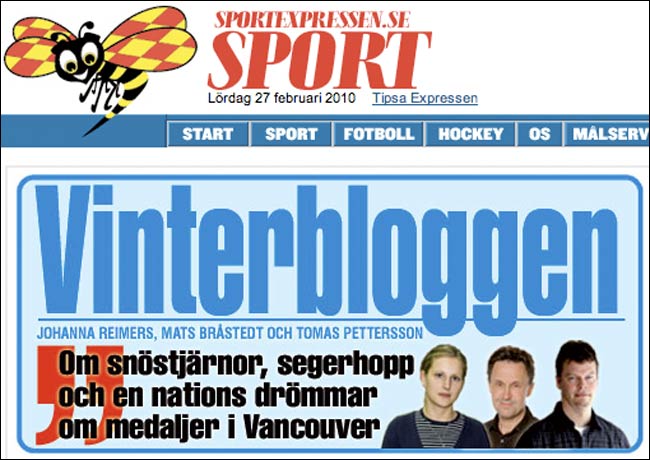 Wednesday, in the fourth part of this series, I'll be looking at some of the social media aspects of coverage that I noticed in my survey.

Interesting series. It's nice to see how other countries decided to showcase the Winter Olympics. It was a huge hype here in North America but I wonder how things will be when the games are in Russia.

Inspiring list of screenshots. I really like the Aftonbladet site with the inclusion of the number of medals won.