A quick dash through the early edition front pages of today's papers, as preserved on the Sky News gallery, reveals that were it not for the untimely demise of Michael Jackson, the BBC was in for a press savaging over their executive expenses claims. 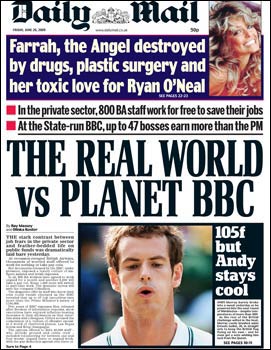 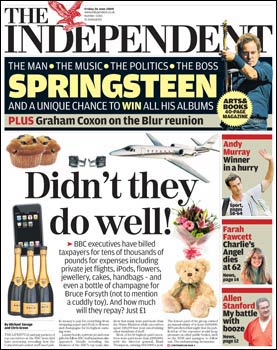 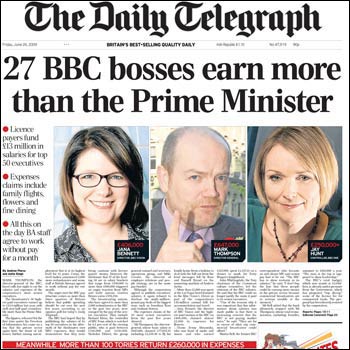 Interestingly, after the battering some of the Media Guardian stories took in the user comments yesterday, it looks like The Guardian had opted not to lead with a BBC story. 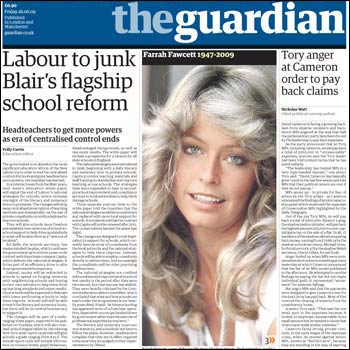 Maybe tomorrow The Independent can repeat their 'here is the news you may have missed' front page from when Prince Charles announced he was marrying Camilla. 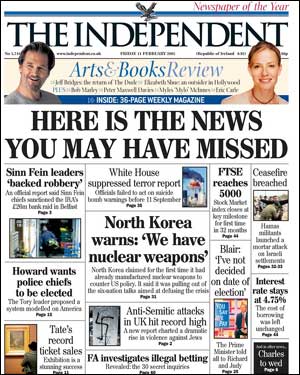 I really don't care about those who turned a deaf ear to Micheal Jackson's death news. I don't wanna be rude but one must pay deep respect to everybody when they pass away !

I'm not saying sake of that I'm junky about Micheal Jackson but being a human being and a true music lover.

When I came to know about his death news and on the same night, I couldn't stop my tears to come out.

I felt ashamed on myself that being a fan of him I couldn't do anything for him whereas he was suffering with some problems............