No, not a reaction to news that Google's Street View Spycams have been banished from Britain, but a chunk of lyrics from a 1960s hit called "Google Eye" that I stumbled upon the other day. Written by John D. Loudermilk it was recorded in the UK by The Nashville Teens, and came out in 1964 on the Decca label, catalogue number F12000.

The song is about search in a roundabout way - the search for some fish to eat for dinner. 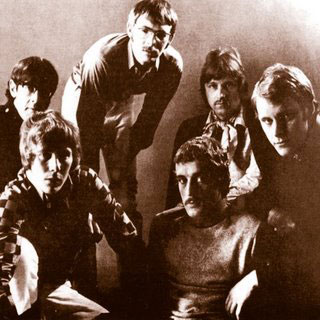 The Nashville Teens are one of those bands who don't ever seem to have got the credit due to them, or to have their proper place in the history of 60s rock'n'roll. They backed Jerry Lee Lewis on a critically acclaimed live album recorded in Hamburg. At various times they were produced by names like Andrew Loog Oldham and Shel Talmy, but hits seemed to elude them.

"Tobacco Road", which featured Jimmy Page on guitar, was their only big hit on both sides of the Atlantic. "Google Eye" reached number 10 in the UK though, and was their second-biggest hit here, but, to be honest, until I came across it the other day on a Nashville Teens compilation, I can't say that I'd ever heard it. 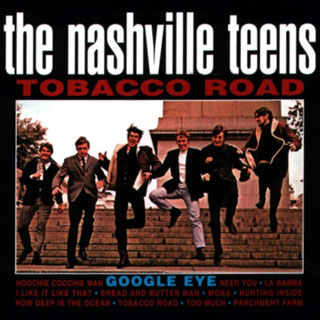 I had always thought that they were one hit wonders. Which is, I guess, a slight improvement on when I was a kid. Because they appeared on the same blue Decca label, I used to believe that they were some sort of off-shoot from The Rolling Stones.

Of course, these days, you can watch a clip of "Google Eye" on Google-owned You Tube:

Pretty Funny how appropriate the song and title are to today! FYI, I was going to watch the video, but it appears to have been removed for a TOS violation :(