I've been zipping over Europe between London, Barcelona and Crete a lot over the last few weeks, and so I've spent quite a bit of time hanging around airports thinking about the whole user experience.

I've never quite been able to put my finger on what it is exactly that makes the entry into Britain via London's airports so unwelcoming, but over the last few trips I've come to think that it is the combined effect of lots of the little details. 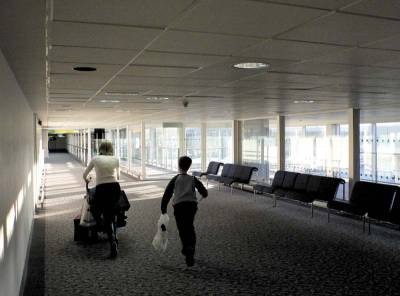 English may be the lingua franca of Europe, and one of the most spoken languages across the globe, but if there was one place in the UK where you might expect to see a concession to a bit of foreign language signage, it would surely be in some of the world's busiest airports.

BAA have a strong set of icons that they use around their airports, which is a good thing, but the signage is resolutely English. Even the dire warnings about the consequences of being an asylum seeker or importing rabies seem to come in a strictly English flavour.

(I must give credit to the Gatwick Express here - if you can negotiate the English signs to find the train station, on the train itself they do provide announcements in most major European languages)

A de-regulated rail transport market is a great idea in theory - it provides competition for passengers, and in theory should drive better services and cheaper fares.

However, once you get to Gatwick you are bombarded for advertisements for either the Gatwick Express or Southern Rail (all in English, of course) boasting of getting you to London cheaper or faster.

Quite how this all makes sense to anyone who hasn't lived in the UK is unclear to me.

Especially when you add in to the mix that Thameslink trains also run through Gatwick Airport, on a different fare scheme, but they don't seem to advertise within the terminals, or get much promotional space in the ticket office. 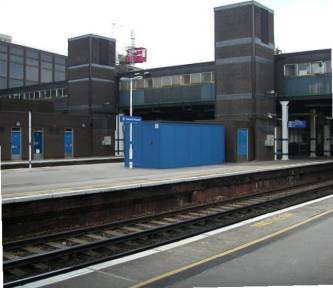 You are not in Europe anymore

There doesn't seem to be anything more telling to me about the British attitude to continental Europe than the Passport Control signs in Gatwick.

Although they have the EU flag on them, you get funnelled into a queue for people holding:

Which does its best to imply that having a UK passport is something other than having an EU passport. Whenever I've arrived in my adopted continental homes, I've never seen signs saying "Greek passports / EU passports" or "Austrian Passports / EU Passports".

We've got a file on you

Another of the strange experiences at Passport Control is the video display. As you queue, you get shown a video all about Britain.

It isn't about our country's amazing historical heritage.

Or the fantastic tourist attractions awaiting the visitor.

Or about our wonderful natural landscapes.

Or even helpful info like how to get the train, and what the hell a queue is, anyway.

Instead, it is basically about how British society has sleep-walked into becoming a 24/7 surveillance society. It shows the Home Office Borders and Immigration Agency using finger-printing, iris recognition, computer technology, and a whole host of measures to defend Britain's shores.

All in English of course.

Which suggests to me that, like the swizzy new uniforms and the big physical blue barrier marked "UK Border" just behind the passport check desks, this is more to do with re-assuring Middle England about the apparently 'porous' borders of the country, than actually imparting useful information to foreign nationals.

The scale of things

There's no easy fix for this in airports the scale of Gatwick or Heathrow - but, and perhaps this was my biggest complaint in the early hours of yesterday morning, you can sometimes walk a long, long, long way from your arrival gate to passport control without a hint of there being a toilet available :-) 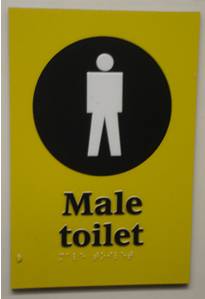 Well at least the toilet sign has braille on it!

Yes, that is good, so long as blind people spend their entire visit to the airport feeling every inch of the walls on the off-chance they encounter some braille...