Without any fanfare whatsoever, the BBC's homepage started carrying embedded video for the first time today.

It might seem like a done deal for the rest of the net - apparently there is this interweb thing called JoostTube or something - but having sat in the homepage's technical driving seat for a couple of years, I should imagine that the teeth-sucking about bandwidth and accessibility and so on was considerable.

And that's without anyone even considering whether it should have gone through a six month BBC Trust "Public Value Test" as a new service.

Two things immediately struck me about it. The first was the inclusion of a tiny DOG in the top-left corner which appeared to have squeezed into about 6 pixels the BBC logo and some product placement for the Columbia record label. 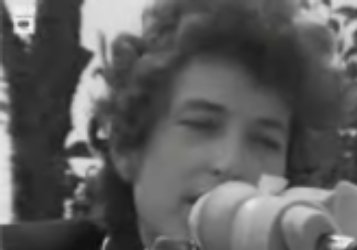 And secondly, the first ever moving images on the BBC homepage were in black and white. Presumably the colour service will come along later, perhaps following an announcement in the House of Commons like last time ;-)