A lot of my recent blog entries have been about downloading products from the entertainment industry, whether TV or music, by fair means or foul. A few days ago someone left a comment on one of my posts about the music digital download market, saying:

"It's still a mystery to me why people actually go to sites and pay to download music. Any explanations?"

That got me thinking about the primary motivations behind either stealing or purchasing music, so I thought I would write up what I think are the four main factors on whether people download their music legally or illegally.

1) Generation gap
Age plays a significant factor in this market. My parents have been enthusiastic music fans all their lives, but I can't see them migrating from CD (which already represents one digital format shift for them) to mp3-based digital music anytime soon. They still have the TV and the stereo system as the entertainment hubs in the home, with the computer marooned upstairs in the office for work.

Meanwhile at the other end of the age scale, my peer-group have teen and tweenage neices and nephews who have never paid for any music in their lives, and there are reports of kids swapping music on their phones with no concept that it would be against the law.

Then in the middle are my generation, who if they are more tech-savvy use P2P technology, are happy to swap DVDs packed full of their mp3 collections with each other physically like they used to swap cassette tapes, and are also happy using legal download services. The music industry has a challenge at both ends of the demographic scale, in shifting the older generation to a non-physical product, and shifting the younger generation into actually paying for a product they are happy to consume in a non-physical format.

2) Free music can be hard to find and download, and Windows insecurity makes people nervous
I can download free illegal music easily by using a BitTorrent search engine - or just Google with the right search criteria to be honest - and then SSH into my Linux box and btdownloadcurses --url http://some.torrent.place/3456142/Very_Long_File_Name-%282006%29_-_Some-Torrentz-Credit.com. However, that still takes some effort, and is beyond most users of the PCs that make up the bulk of computers in circulation. The various BitTorrent GUI softwares for Windows can also be difficult for the inexperienced user to configure, with firewall modification necessary etc. This places a barrier to entry in front of file-sharing.

3) The legal threat
The music industry has had mixed success in the courts with cases against illegal file-sharing, but could be said to have won a great deal of the battle in public perception. Although the major cases have tended to focus on serial uploaders of pirated music, several of my peer group are deterred from downloading any filesharing material on the grounds that they might be targeted by the BPI or by their ISP in the UK. Although they know they are statistically unlikely to be challenged in the courts over their online behaviour, the publicity around the legal proceedings have deterred them from wanting to take a risk.

These three factors have a great bearing on whether someone will be inclined to make a music purchase online or not. Then there is the issue of whether those who sometimes download illegal music will make purchases in some cases.

4) Download stores work better for some long-tail purchases than BitTorrent
If someone wants to get hold of the latest album by a big artist, or even a big artist in a small scene, it can usually be done close to the release date no problem via BitTorrent, and the ratio between people uploading and downloading is such that the material will download very quickly. However, this doesn't work so well for older or niche material. For example if I hear that Holly Valance kiss kiss track in the pub, note that it isn't on my iPod, and want to get a copy of it, I can either 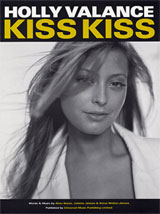 It is fairly obvious which course takes the least time and effort, even if it costs more as a one-off purchase than an illegal download would.

(Although, of course, due to current DRM implementations sometimes opting to buy something can turn out to be more effort - like when I tried to play my new purchased Thom Yorke videos on a laptop that seldom has an internet connection.)

I don't know whether any of those points answer Craig's original question about why people would ever purchase music online, but tomorrow I'll be looking more closely at the last point, and trying to derive a formula that explains, when given the choice, what governs people deciding to make a purchase rather than steal.

Hey Ian, I seem to keep on doing this to people!