Let's hope The Westway doesn't collapse on a weekend

I was wandering around White City the other week between various bits of the outer-lying BBC empire, when I spotted this sign on one of the bridges that makes up the intersection between "The Westway" and the local rat-runs of W12. 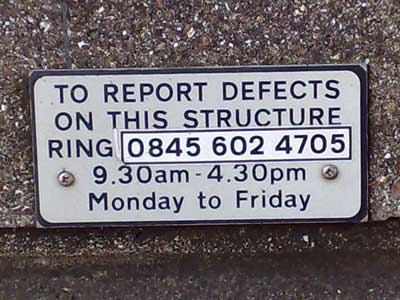 Let's hope it never develops a major structural problem that only becomes apparent out of office hours, eh?

Ha! Imagine if people supported their websites the same way...