Doctor Who versus the Darleks on BBC Prime

I suspect that amongst the chattering classes it is considered "poor form" to blog negatively about your client of the moment, but, sometimes the target is so obvious, and so tuned to your special interest, that you can't resist.

So here I am blogging about the BBC, a BBC website, and Doctor Who.

BBC Prime are about to start broadcasting Doctor Who.

I remember at the time the first (new) series transmitted in the UK, that one troll on the Points Of View message board kept carping that the series was already a failure because it hadn't been sold to a major overseas network. That of course, was completely untrue, although finding a major broadcast partner in the U.S.A. had eluded the BBC.

Pretty much every major English language territory has now taken the show, and some that are not English speaking networks have as well. Germany had it, as did Belgium, Denmark, Finland, France, Hungary, Italy, Korea, Netherlands, New Zealand and Norway. And when we left Greece the ΣΚΑΙ network was in the midst of transmitting David Tennant's first season in the role.

However, there are many, many, many rights windows that a programme goes through, and BBC Prime are mopping up areas that haven't had the show yet. They are about to start broadcasting the first series of the revival on Saturday nights, with Chris'n'Billie at the helm of the TARDIS.

To support it they have made a micro-site for the programme. 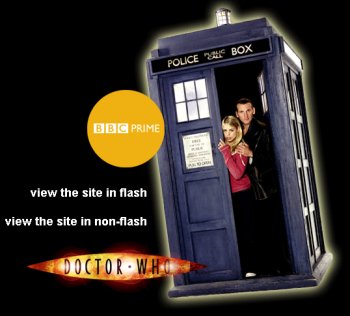 A micro-site which points out that the Doctor's arch-enemy first appeared on screen in 1963. 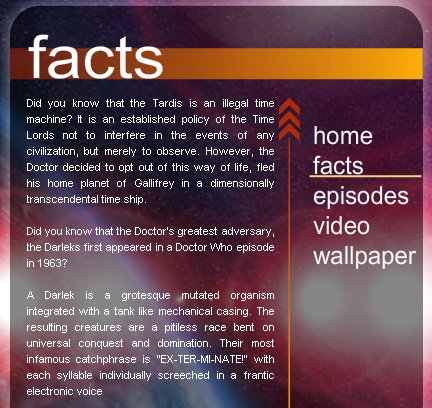 The ABC have also shown the series for many years, including a number of episodes originally thought to have been lost by the BBC..they repeated almost every episode around the year 2000 I think.

Below, as I post this, is a mention of "Alan Turning" [sic] which links (correctly) to "turing.org.uk".

Terry Nation claims he invented the name of [the race from Skaro] when he saw an encyclopedia volume covering DAR to LEK. So the variant spelling at least has some pedigree.

He'd be tur'n'ing in his grave etc etc boom! boom!

Good spot - although in fairness, I have a little bit of a smaller budget and less staff than BBC Prime does ;-)