The London freesheets and the web - Part 7: New media coverage

Over the last two weeks I've been looking at how the London free sheets - Metro, London Lite, and The London Paper - have incorporated user-generated content and interactive features like voting, video, music and gig reviews, sports comment and celebrity spotting into their print editions.

This increased integration of web-based and interactive content - well, as interactive as the print medium can get on a daily basis - hasn't necessarily improved the way that new media and technology is reported in the freesheets.

Whilst collecting papers in July to research this series of posts, more than a few pieces of journalism about technology caught my eye.

Metro was guilty of a spurious front-page splash about 'The MySpace sex menace'.

The paper was bemoaning the fact that MySpace is not being given access to the email addresses listed on the sex offenders registered in the UK regardless of the fact that:

Elsewhere, Metro was also guilty of swallowing tech PR hype. They happily wrote about Blackle, the energy saving version of Google, when clearly the easiest way to save energy was to follow the seventies mantra of "Why Don't You?" and switch off your computer and go and do something less boring instead. 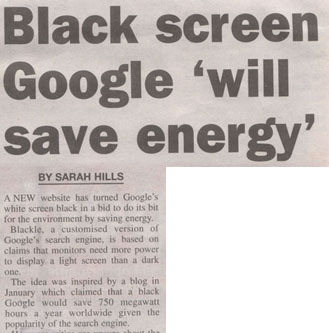 Meanwhile, at the end of July The London Lite reported:

"So, exams aren't getting easier? Now it's a Space Invaders GCSE" 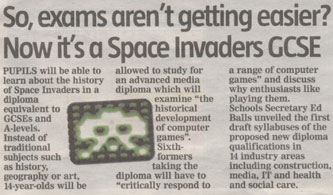 It was one of those classic stories that made me want to scream. Firstly the headline's inference is that you could get a whole GCSE just by knowing about the breakthrough video game.

More annoying though was the underlying assumption that having students study the history of one of the most successful areas of the entertainment industry to spring up in the last 30 years is inherently a waste of time, and easy, because it is 'games'.

I thought the three papers all had interesting ways of getting user-generated content. Costs need to be kept even tighter on a freesheet than on a paper where there are paying customers, and getting the audience to do some of the work makes sense.

It especially makes sense with this particular market.

The free newspapers in London have a captive market of those having to commute on public transport. Some people will read whatever is thrust into their hands out of boredom, but in order to keep attracting advertisers, the newspapers have to demonstrate that their product is read and cared about.

User interaction does just that.

Including interactive elements, particularly the short snappy contributions via SMS, gives the papers extra zip, and a feeling of involvement with the lives of those trundling around London's cattle trucks.

Oh, and my favourite thing of all the issues I looked at? This amazing bit of caption writing in Metro.

And underneath it, there was a topless picture of an otherwise unknown friend of someone famous on the beach, with the awesome caption:

"...and also proud to be showing off her puppies is Olga, a friend of Jesse Metcalfe, on a beach in the Bahamas" 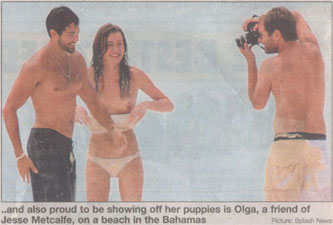 An absolutely gratuitous publication of a pair of breasts in the paper it may have been, but the caption made me burst out laughing on the London Underground on the way to work, which is no mean feat.

Read other recent posts about: Newspapers