Would you advise today's school pupils to 'pick a newspaper and stick with it'?

I was in conversation with a friend a while back, and he was talking about the life lessons that his headmaster had tried to instill in his pupils. He had urged them to consciously pick strong character traits, and also told them to find a newspaper that suited them, and to read it every day.

It reminded me of a similar school assembly I went to, when one of our senior teachers told us that the launch of The Independent was significant, as new serious national newspapers did not appear every day. He suggested that we follow its fortunes carefully.

And so we got to wondering what the modern equivalent is.

It seems to me a leap of faith now to expect headmasters to advise pupils to pick a print product and stick with it, when common consensus seems to be that printed newspapers will not outlive this generation of schoolkids, even if we can't agree on a precise date.

And unlike the launch of The Independent during my schooldays, it is also harder to spot from a distance what is a significant launch.

When Facebook started accepting members outside of US colleges, I don't think there was much indication that eventually the BBC would be writing studies on how the service changes news consumption. Flipboard has been feted within the industry, but it currently only has a niche audience on a niche device. And which of the developments that you see flagged up on programmes like Click or the Guardian's Tech Weekly podcast are destined to have the same impact that the 'launch' of wifi had in liberating our devices to be portable?

Essentially, my friend's headteacher was asking the pupils to acquire a set of filters that resonated with their worldview. Digitally it seems that you are more likely to do that through the connections you have with people online, rather than with identifying with a single website.

So what replaces that strong sense of identifying yourself as a Times or a Telegraph or Guardian reader? What would you recommend to pupils today? 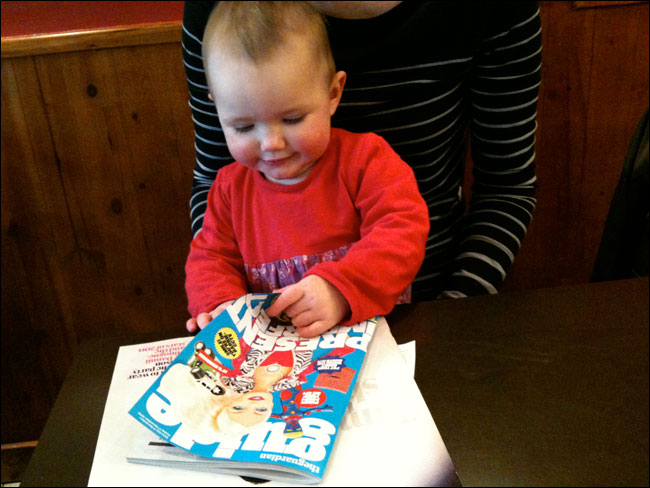 I would suggest choose a Broadsheet though. It will develop their opinions rather than just reading tabloids. My politics teacher said to read a newspaper which has a different ideological stance to the one that you hold. That will really make you think.

My answer is no. I think we should let the pupils discover things for themselves.

Hi Martin,
I don't think I would recommend picking a single publication and stick with it :)
A breadth of reading is important to personal and professional growth, and in the media industry today it's already difficult to get some information.
Thanks for the post
DANIEL

"So what replaces that strong sense of identifying yourself as a Times or a Telegraph or Guardian reader? What would you recommend to pupils today?"

I would recommend pupils today to pick a group that want to be with. Think of it as a tribe. That way they can identify with that tribe through their clothing, makeup, or whatever the tribe tells the world.