No more 'us and them': Part 3 - Conversations are social

This is part three of a series of blog posts based on a presentation I gave at the UK UPA's World Usability Day event in London in November 2010. The theme of World Usability Day was 'communication', and so I took the opportunity to look at how digital communication in the last twenty years has transformed the relationship between media companies and their audience. You can start at part one, view the original slides, or download the whole series as a printable PDF.

In the second part of this series, I talked about how the appearance of comments underneath news stories on the web was a consequence of the realignment of the relationship between media companies and their audience, thanks to digital technologies. Lucy Pepper's beautifully detailed portraits of trolls will be recognisable to anyone who has spent any length of time in a community, whether it was on USENET back in the day, or on websites today - and communities on news websites can stretch the very definition of 'robust debate'. 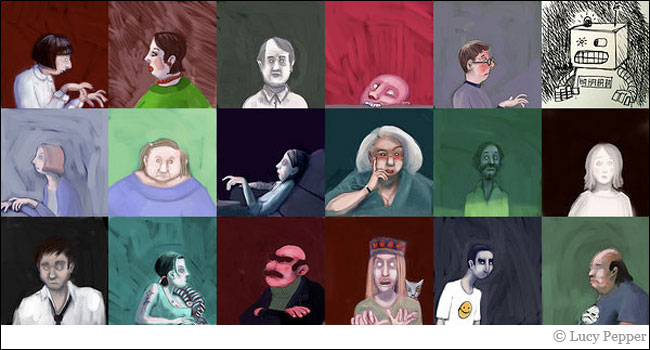 Moderating that community is a tricky business. At Guardian.co.uk we have again tried to take an open approach. The new editor of Comment Is Free, Natalie Hanman, has recently held open threads on the future direction of the site, and on the moderation of Comment Is Free. In the latter discussion you can see everything, from those that want a tighter rein on unconstructive comments, to those that would happily see a total free-for-all.

On the web we have moved to be very transparent about our rules of engagement with the audience. We've published our social media policy on the site, urging above all that Guardian and Observer journalists and staff 'participate'. Informally, you could probably shorten the whole lot to "Don't act like an idiot", but key points include: 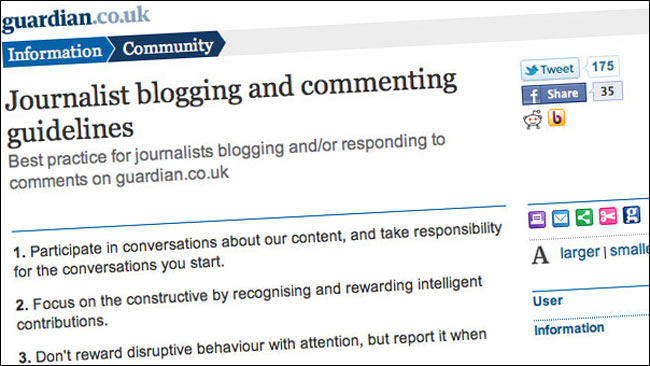 The Guardian's blogging and social media guidelines for journalists

This is the public face of a whole collection of advice that exists within the company intranet under the label 'Really social media'. Put together by Meg Pickard, Head of Digital Engagement, it gives staff at all levels within Guardian News & Media access to best practice advice about interacting digitally with the audience.

Even armed with all that advice, as a business you can't control the discussions that your audience will have about your products and services, or where they will take place.

Go where the conversation is...

If the growth in communication between media companies and the audience has transformed customer service and journalism, it has also transformed product development. When I used to launch products at the BBC back in the early 2000s, it would take a couple of days to collate the responses to products or experiments like a one-off homepage design change. Now you can watch the feedback on your and your competitors' products roll-in in real time on Twitter.

Earlier this year we launched a redesigned version of the Guardian & Observer Crosswords. The previous version had relied on a Java applet that couldn't be used by everyone, and we integrated them much more closely into our R2 CMS. 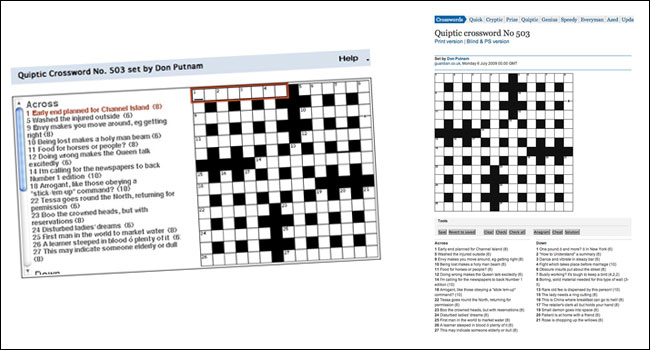 It wasn't, to be brutally honest, our most successful product launch or service migration. The new 'print version' of our crosswords didn't work well on a range of browser - printer - operating system configurations. There were also some usability issues with the way that the crossword puzzles and clues were displayed on the page.

Part of the product launch was also about enabling comments on the crossword puzzles, and so, as you can imagine, the first couple of days saw a barrage of criticism from regular users.

Some of these you could file under 'all change is bad', particularly those who argued 'if it ain't broke', ignoring that the old applet was inaccessible and not available to users in locked down corporate IT environments. But some of the complaints were most certainly legitimate, and the software development team acted swiftly on them.

Here, widespread participation by staff in addressing the issues was key, and it wasn't enough to just engage with the audience on Guardian.co.uk. Fifteensquared is a community website dedicated to crosswords, and they have specific threads everyday devoted to discussing and solving the puzzles published in the Guardian and the Observer. 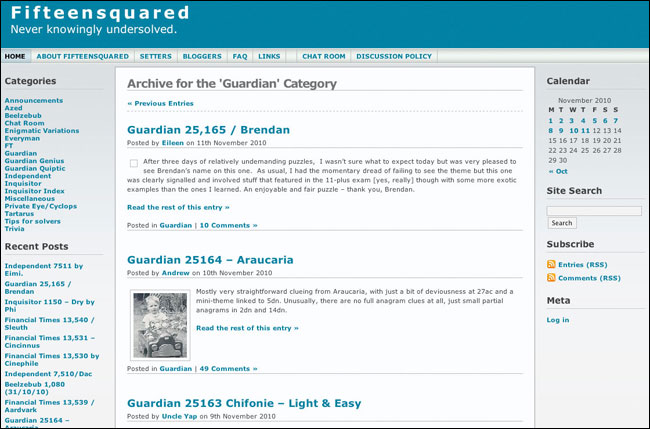 Naturally, they had a thread devoted to discussing the changes, and it was important for communicating the changes to engage with the audience there as well. A member of the project team joined the site, clearly identified themselves as Guardian staff, and then took part in the thread responding to complaints and criticism, and giving links to FAQ answers about the printing issues, and keeping them up-to-date about the changes being rolled out.

It was a simple demonstration of a simple rule of 21st century digital media - sometimes you need to go where the conversation is.

Another way in which the Guardian 'went where the conversation was' was with our Twitter replay interactive during the 2010 World Cup. During each of the matches in the tournament, we scoured Twitter for tweets mentioning the teams involved, and then analysed the changing popularity of the words that featured in the tweets. At the end of the game you could then replay a timeline of the conversation across the 90 minutes, with particular words exploding in popularity as goals were scored, cards were dished out, penalties missed, and perfectly good goals were disallowed thus giving myopic England fans an excuse for the team's demise against Germany. 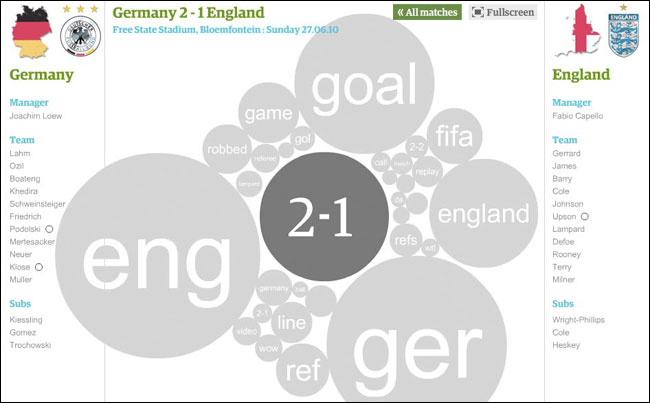 To get a quick idea of how the service worked, you can view this video of the replay of the Germany-Serbia group game. Klose's red card and a rare missed German penalty sparked a massive response on the social messaging service.

(If it looks like I have an unhealthy obsession with Germany at the World Cup, it is because these images and the video were prepared for a talk I gave in Berlin about linked open data)

In part four of this series I'll be explaining how this digital communication revolution has meant an organisation like the Guardian shifting from simply telling stories, to building a platform to allow stories to be told.