If you've never worked in the BBC's New Media department it is difficult to know what a "Development Producer" does. In effect we are the 'Babel Fish' of the department. In one ear we receive the editorial aspiration that "Wouldn't it be great if we could do some coverage of Glastonbury on the homepage with the news from the festival updating as it happens" and we translate it so that the technical team hear a functional spec and a set of deliverables.

Likewise, we hear "The switcher logic relies on a module in Apache 2, and as you know, one of the server farms hasn't migrated from Apache 1.3 yet so we can't guarantee this system will work all the time depending on which server the user ends up on" and we translate it into "We are going to launch three weeks late".

One of the areas of bbc.co.uk that I oversee this translation for is the BBC's homepage at bbc.co.uk. 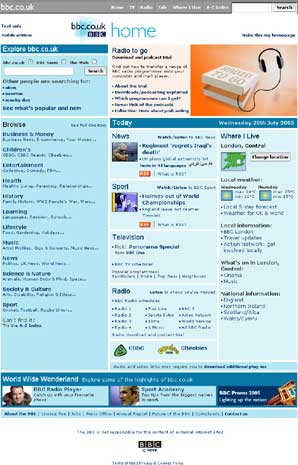 Now as a child, watching Tom Baker and K9 save the universe every Saturday evening in Doctor Who, I used to think "Wouldn't it be great if I grew up and worked at the BBC". So I'm sure you can imagine my excitement earlier this year when the editorial aspiration whispered into my babel-fish like ear was "We'd like to do something spectacular on the homepage for the climactic final episode of Doctor Who".

It has been difficult to miss Doctor Who in the UK this year. It has been one of the television success stories of the year. Not only that it has been one of those very rare things - a hit programme for the BBC that has attracted both critical and popular acclaim, scored great family orientated ratings on a Saturday evening. It reduced ITV to showing Beverly Hills Cop against the final episode - a movie made in 1984 when Peter Davison was still Doctor Who in the 'classic' series. 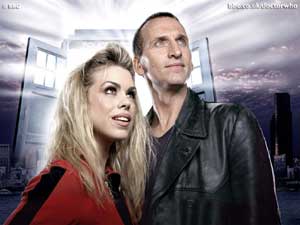 I should add here that if you are waiting for the series to be transmitted where you live, or you held on to get the DVDs, or you are just missing a couple of episodes from your BitTorrent downloads, this article may contain spoilers.

Continue to find out how the BBC tried to gather feedback from the audience about the change.

Read other recent posts about: Articles, BBC, Doctor Who