Making The Guardian in Lego

You might recall that I've used Lego minifigs before to represent some of the staff at The Guardian.

At a recent Meld workshop in the Sandbox at UCLAN where we discussed 'the journalist of the future', I got to go one step further, and build an - admittedly minimalist - model of the company in Lego. 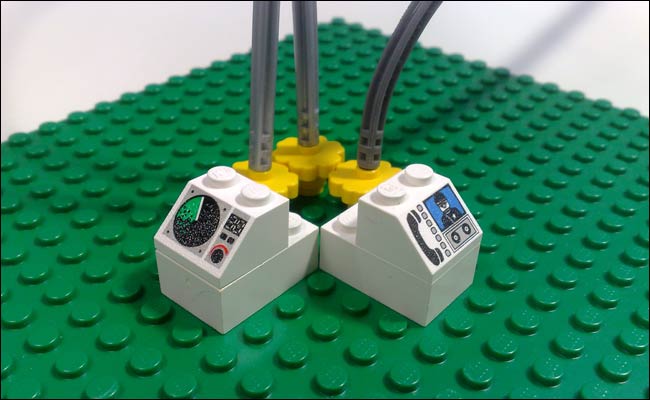 The two control panels represent two crucial parts of the business. I think Lego intended it as a Police control station, but with the tape recorder, phone, and bloke being interviewed, I used the brick on the right to represent our journalism. The space radar device represents technology - although sadly none of our existing software or hardware looks like that. The two control panels are intersecting at the point where the paper connects with the audience. 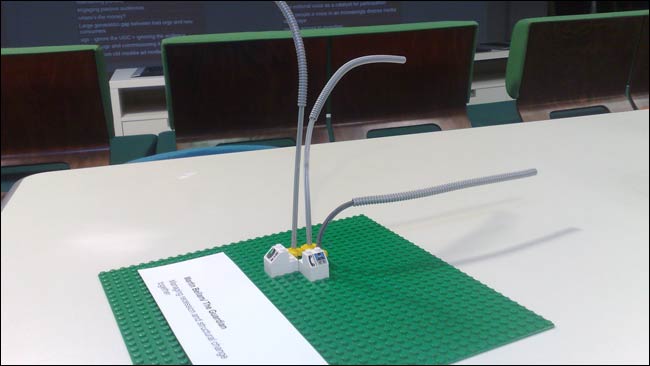 The pipes represent guardian.co.uk being pumped into the digital sphere. They are two-way. Pushing out are things like our editorial content, PR effort, Twitter streams and appearances at conferences. Coming back into the organisation are open source software components, applications built off the Open Platform, user-captured video footage like that from the G20 protests, reader's comments, and the crowd-sourcing analysis of data.

My opinion on the biggest challenge facing the entire media sector - that an ad revenue downturn occurred at a time when the Internet has put the whole media sector into flux - got summed up as: "Martin Belam: Managing recession and structural change together" 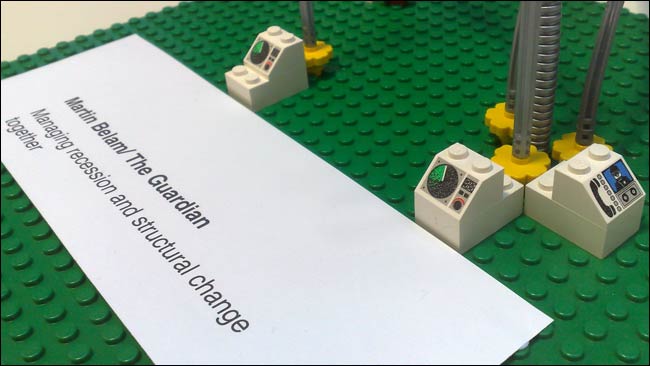 I thought that made me sound worryingly like a mission statement for an acquisition and asset-stripping private equity firm!

Read other recent posts about: The Guardian

What are those 'pipes'?

They don't look like any Lego piece I've seen before.

Nice use of the flowers though.

I'm not sure if the pipes were Lego - the facilitator at the event just had tray upon tray of Lego pieces and small figurines and other bits'n'bobs.

hehe.
Like the idea of using lego figures to represent your staff, but isn't dangerous?
If I were a costumer I would have it difficult taking your company serious.

Would you take us more seriously or less seriously if I told you we have dress down Fridays where we all wear Star Wars costumes? We don't, but I think it would be a wonderful idea...

Star Wars Costumes on Friday?? That would be really cool if your company celebrating Halloween lol. Come on, that's the most outrageous idea I've heard

I took you seriously for the first time while imagining you going to work in a sith costume. Perhaps wearing a name tag reading "Hello my name is Darth Martin".

This lego representation is totally creative. And you gave me an idea for dress down Fridays. That would be cool! I'm just not sure though if customers will take us seriously after that.