Way back on June 14th I went to the London Canal Museum for "Ice Sunday". This seems to be one of those annual events that was going to happen anyway, but which somehow got co-opted into 'The Story Of London' as if they were actually being put on and funded by the Mayor. 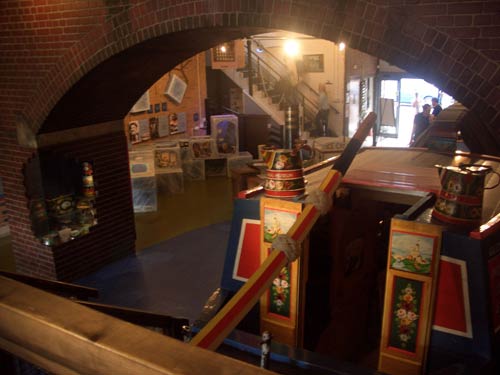 The day consisted of a short talk about the ice trade by Malcolm Tucker, followed by an opportunity to descend into this Victorian fridge.

Whilst we take it for granted today, ice used to be harvested from ponds and streams during winter in the UK, and then stored in special structures to prevent it melting. Ice cream used to be, literally, the food of kings, as only they could afford to store the ice needed to make it.

In the 1820s, William Leftwich started to import ice to England from Norway, storing it in a giant ice well near Cumberland Market. He also invested in another well in Camden. This still exists, and was, following instructions in his will, ultimately expanded to 100 feet deep. Family legend suggests that his sons spent so much on expanding the business to meet their late father's wishes that they virtually bankrupted the company.

The London Canal Museum is situated above the remains of an ice well built by another ice importer, the Swiss-Italian Carlo Gatti. He also sourced his ice from Norway, in order to make and retail ice cream. The first well on the location was sunk in 1857, and in 1862 this was joined by a second shaft. 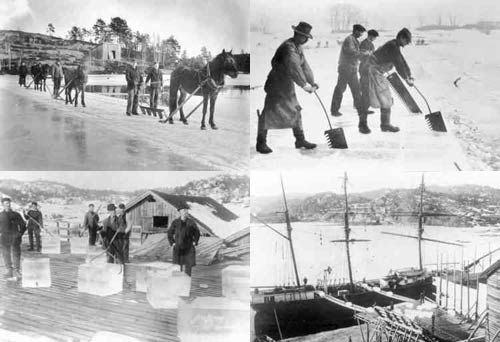 Malcolm Tucker gave the talk about the ice trade, and he couldn't have been further from his spin doctor namesake from 'The Thick Of It'. A modest and self-effacing industrial archeologist, at one point he showed an approximate cross-section of the Gatti ice wells as they may have appeared in the late 1800s. He explained that the blob in the middle was his attempt to depict a horse - "as you can see, I am not a very good draughtsman" he observed, which belied the fact that the diagram made the workings of the building perfectly clear. 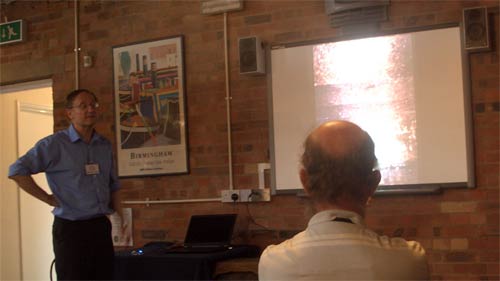 Carlo Gatti also opened another ice storage building nearby in Caledonian Road. This has now been demolished, but we saw a picture of the building when it had been converted to a Salamis Wine Merchants.

The Victorian London website has a description of visiting the Caledonian Road site in an account called 'The ice harvest' by James Greenwood from 1875:

"The ice trade of London and the suburbs is in the hands of half a dozen merchants; and the ice-wells or 'Shades,' as they are sometimes called, are few and far between. That one to which the northern ice-carters resort is situated in the Caledonian-road, just by the New Cattle Market. Its exterior on ordinary occasions is not very remarkable. It is simply a brick-built, windowless, 'round house,' with some sort of machinery that looks like a gigantic mouse-trap surmounting its roof. I have looked into that arctic gulf, and its aspect on a blightingly cold December day is almost enough to turn one's hair white; a terrible pit, seventy-two feet in depth-the height of a Belgravian mansion, measuring from the area to the attic-and forty-two feet in circumference.

But the reader may exclaim, 'There is the waste to be accounted for. It is all very well in the winter, but storing ice in the summer time, when the heat is at eighty in the shadiest of places, must be a ticklish operation.' That certainly was my idea before I was better informed. The wasting of the stored ice is curiously small. I cannot exactly state it, but the reader with a mind for figures may easily reckon it for himself. The well, as before stated, is seventy-two feet deep and forty-two feet in circumference, and the ice is packed as closely as possible; but by-and-by it settles and becomes one dense mass, so solid that it has to be hacked to bits with axes; yet the shrinking from the wall on all sides of this dense block is only six inches. No artificial means are adopted to keep the temperature of the well low. It supplies itself with air cold enough to maintain freezing point."

Tomorrow I'll have some pictures from my descent into the Carlo Gatti Victorian Ice Well. Which sounds a little grander than it actually turned out to be...