It seems an age since it took place, but a couple of weeks ago we held the third London IA Mini Conference. This time the venue was a space near London Bridge donated by The Team, and the theme of the evening was a redux of the UX London conference organised by Clearleft. The event was kindly sponsored by Zebra People. 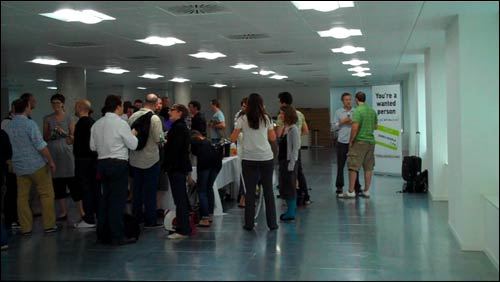 Andy Budd on the future of UX London

Andy Budd of Clearleft opened the evening, talking about how UX London came about and where it would be going next. The genesis of the idea had been in a successful dConstruct event which focussed on user experience, which was when Andy began to get the inkling that there was a huge untapped seam of practitioners within businesses and organisations eager to learn and improve their skills. 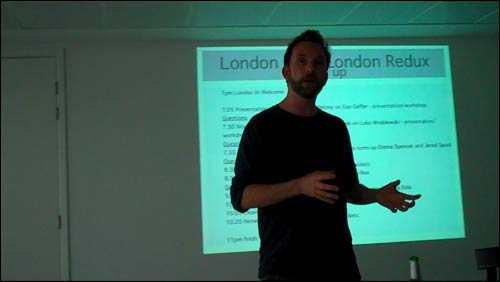 In a story you'll never see written up in the press - "BBC staff turn down foreign jolly" - he said that one of the inspirations had been Karen Loasby. She had been explaining how much her entire team at the BBC would have benefitted from a trip to the USA to see some of the gurus of the UX scene talking, and so the idea of bringing the gurus to London for a really practical couple of days of workshops as well as talks was formed. Andy was able to confirm that a second event will be taking place next year.

The first redux presentation was Chris Petzny doing a re-cap of Dan Saffer's talk from UX London. You can find the Chris version of the slides here or view them below:

Tom Coombs was by far the most walkative speaker on the night, evading my camera for much of his presentation. He was attempting to collapse Donna Spencer's and Jared Spool's talks and workshop into 15 minutes or so. He used some of their key slides, but it was the discussion afterwards that mostly grabbed my attention. 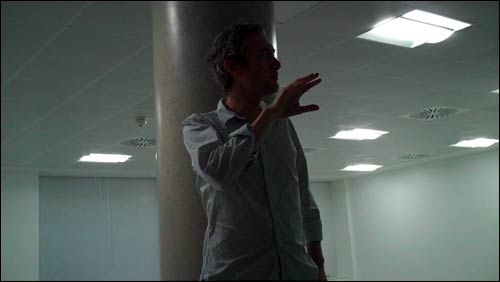 Tom's redux sparked an interesting debate about the level that talks and workshops were pitched at. One of the great comments from the floor was that during some of the talks at UX London he was left thinking "I shouldn't be here, it should be my boss / sales manager / marketing director here". During the evening it led on to some great discussions about what can we do as a user-experience community to get the right lessons about usability in front of the right people, instead of preaching somewhat to the converted. 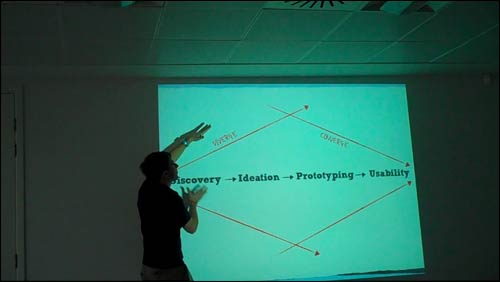 Sketching loomed large in the evening's sessions. James Box from Clearleft was giving a redux of his workshop session - despite confessing that he still wasn't quite sure what the title meant. The talk concentrated on the 'ideation' and 'prototype' stages of development, and the role of sketching and lo-fidelity prototypes.

The slides are available on SlideShare or you can view them embedded here:

The final session was from the team at IG Index, and Jane Austin and Frances Eida were running a hands-on session of dUXionary, a practical and ultra-competitive user experience sketching game. 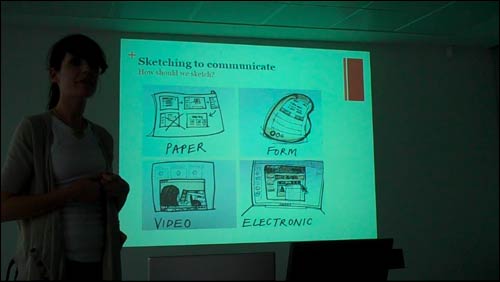 Think about having to draw 'gestural interface' in 60 seconds so that the rest of your team guess the phrase, with the obligatory rules of no letters or numbers appearing in the sketch. 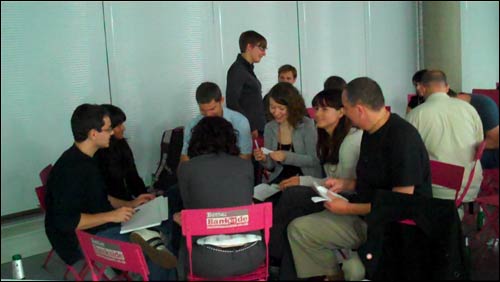 Before the game, Chris Neale presented some genuinely inspiring stop-motion animations that had been used to convey user experience specifications to developers. I thought this was brilliant and it is definitely a technique that I'll be investigating using over the next couple of months on projects that involve complicated user flows.

There was something here of an increasing trend I've noticed in modern media - that the quick'n'dirty is now acceptable, but that higher quality material remains very desirable, and both at the same time. It might seem like there is a tension here, but we observe people happy to watch extremely compressed video clips taken with mobile phones, whilst they are also buying Blu-ray systems and widescreen televisions. Storage is increasing so that we can keep our digital music collections at higher bitrates using better codecs, but then we listen to the tracks through the tinny speakers on our mobile phones. On the redux night it was very interesting to see rough'n'ready improvised sketches turned into the relative hi-fidelity of a stop motion animation. 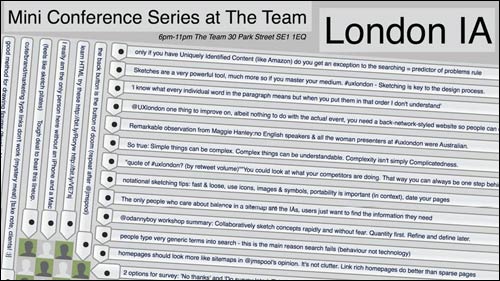 During the next couple of weeks I'll be publishing some video clips that I made on the evening, when I wasn't busy multi-tasking with an open laptop, making notes and watching Norway hammer Scotland...