Any night that began with Dick Mills torturing some old analogue electronic music-making equipment, whilst pixellated planets that looked like they'd been generated on an old BBC Micro whizzed passed on the screens behind him, seemed guaranteed to be a crowd pleaser. 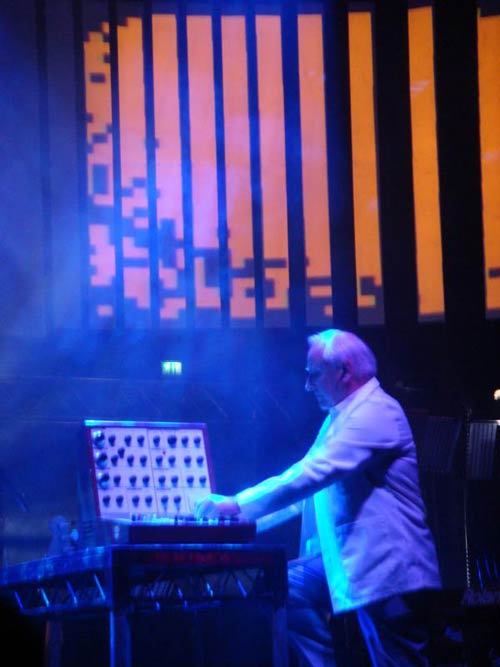 A couple of weeks ago that was how a night with 'The Radiophonic Workshop' at The Roundhouse kicked off, as part of the venue's Short Circuit Festival. Now in his stately seventies, Mills left most of the evening's entertainment up to Peter Howell, Paddy Kingsland, Roger Limb and relative youngster Mark Ayres.

For 40 or so years the BBC Radiophonic Workshop, based in Maida Vale, produced special sound effects and music for a range of BBC radio and television programmes. Dick Mills, for example, has more on screen credits than anyone else in the history of Doctor Who, having provided 'special sound' between 1972 and 1989. The evening featured a mixture of material from each of the composers, as well as some tributes to absent friends. 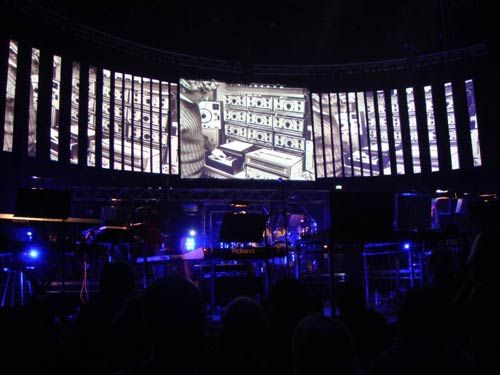 Delia Derbyshire featured in a video tribute segment. If it hadn't been for Karen Spärk Jones, I would have almost certainly written my Ada Lovelace Day blog post about Delia. She refused to accept it when told that recording studios did not employ women, and carved out her career regardless. 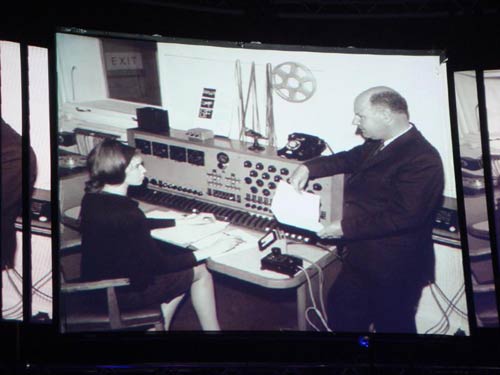 Probably the musical highlight of the evening for me was an impressive rendition of her composition "Ziw-zih Ziw-zih Oo-Oo-Oo", accompanied by same fantastic stills of the 1960s sci-fi episode of "Out of the Unknown" for which it was produced. 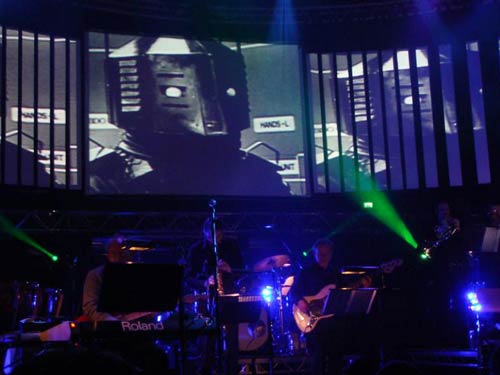 The Hitch-Hikers Guide To The Galaxy

Joking on stage that a lot of their best work had been ruined by the inclusion of irrelevant additions like the actor's voices, one of the pieces the band played was a sequence from the television adaptation of the Douglas Adam's classic Hitch-Hikers Guide To The Universe. The improbable psychedelic experience when Arthur Dent and Ford Prefect are first picked up by the Heart Of Gold spaceship was played out in silence on the big screen, whilst the band supplied the live - and uninterrupted - incidental score as first conceived. 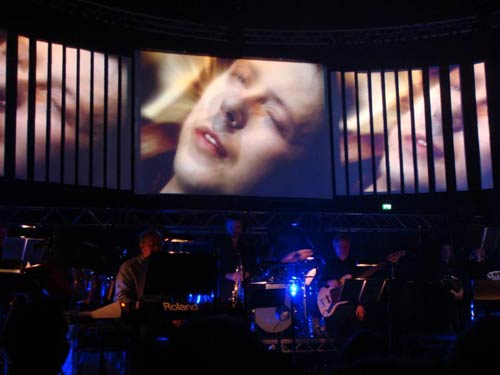 The evening wasn't going to be complete without a significant nod to the contribution that the BBC Radiophonic Workshop made to Doctor Who over the years, and there was a long segment devoted to the show. This included a live accompaniment to the Tom Baker -> Peter Davison regeneration sequence being shown - always a tear-jerker in this household. 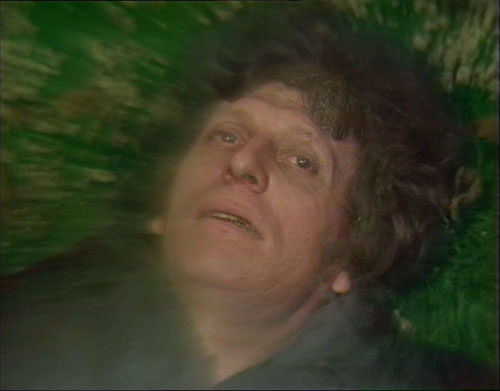 As well as clips from "Logopolis", "The Keeper Of Traken" and "The Five Doctors", we were also treated to the avant-garde electronics that accompanied the string-vested "The Sea Devils" in the seventies, and a sixties black and white sequence featuring the Cybermen. 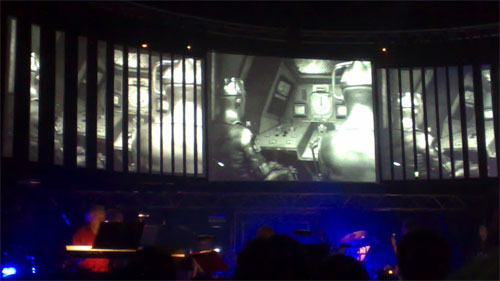 Even the Sylvester McCoy era got a look-in, with a section of Mark Ayres' score for "The Curse Of Fenric". We also got the theme tune twice. Once in the Delia Derbyshire original style, and once in Peter Howell's 1980 re-arrangment. 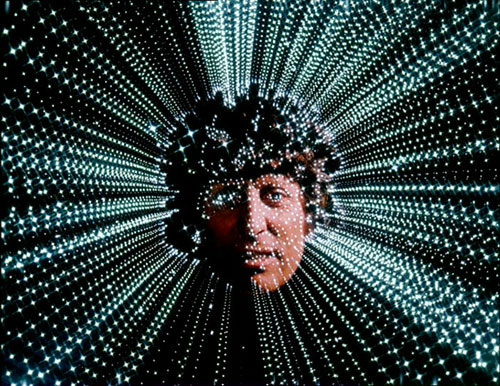 We could have probably done without the fanboy with Tourette's at the back of the audience who kept shouting out helpful thinks like "It's Turlough!" when Peter Davison era companion Turlough appeared on the screen. At a guess, I'd reckon that 98% of the audience had already recognised the character, and that the other 2% were long suffering girlfriends/wives who didn't really care that much...

I should also mention Andrea Parker, who supported the Radiophonic Workshop. She was performing a 'live remix' of some previously unheard work by pioneering British electronic composer Daphne Oram. This took the form of a brooding 25 minute piece complete with snatched samples of clipped dialogue, sending isolated phrases like "Are you there?" bouncing around the surround sound set-up in The Roundhouse. 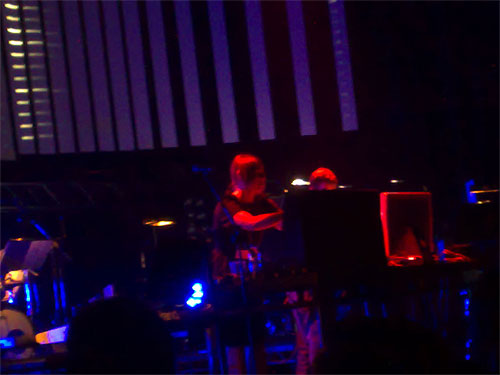 As part of the evening, prior to the gig itself, the five Radiophonic Workshop performers appeared in a Q&A session. Tomorrow I'll have some of my notes from that event.

Read other recent posts about: BBC, Doctor Who, Music, Post of the moment, Radio, Television

Wow. I used to follow many bands and have been to literally thousands of live performances from tiny to extremely large. I really wish that I could have been in the building on this night. How fortunate those who were in attendance must feel. Well I guess you can't see them all. Peace and thanks for sharing. What a treat.