"An Open BBC?" at Broadcasting House

With my posts over the couple the last couple of days about The Guardian's Open Platform and m.guardian.co.uk, you could be forgiven for thinking that it was going to be wall-to-wall Guardian on currybetdotnet from now on. However, on Tuesday night I was back at one of my old stomping grounds, the BBC, for the event wrapping up Steve Bowbrick's time as the BBC's "open blogger". 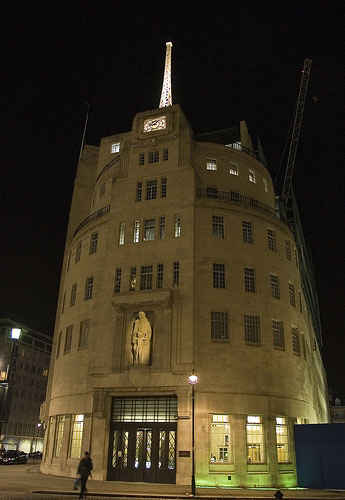 Although, to be fair, Emily Bell was on the panel, so there is still a Guardian angle to it... 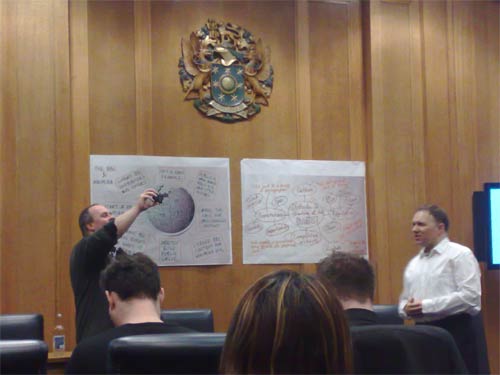 There was quite a bit of debate around whether, in terms of being 'open', EastEnders should be treated in the same way as source code, and a question fired in from Tom Dolan via Twitter suggested that using the guise of 'open' to break 'the fourth wall' damaged entertainment and comedy. Nick Reynolds was also concerned that for the viewer who just enjoyed watching EastEnders, what did all of this "open" actually deliver in value? Emily Bell suggested that programmes and source code were pretty much the same thing, as why shouldn't a Wendy Richards tribute site be able to carry clips of their favourite Pauline Fowler moments, just as much as a programmer should get to use the Glow javascript library.

It was also interesting to be at this BBC event on the same day that The Guardian had launched 'Open Platform'. And not just because I got to top'n'tail my day with events that made it look like I'd started stalking Emily. Steve Bowbrick was concerned that investment in the BBC's equivalent, backstage.bbc.co.uk had stalled. Tom Loosemore had wondered something similar aloud the same day:

My hunch is that backstage.bbc.co.uk has sponsored a lot of events, fostered a lot of discussion, and done a lot of good work within the BBC to sell the idea of being open in concept. However, I think that at a single stroke on Tuesday, The Guardian effectively released more easily addressable content.

Yet again though, I have a Broadcasting House wifi confession to make. I was also at the event that kicked this whole episode off - the 'Common Platform' Techcrunch UK meet-up. Then I was chastised for secretly watching Euro2008 via Zattoo at the back of the class. This time it was Liverpool vs Real Madrid. 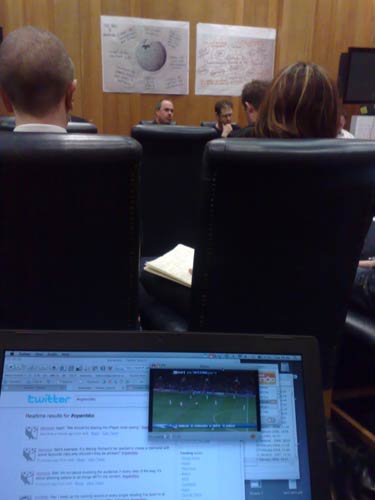 I had a quiet, inside chuckle, when I noticed the football on your laptop in the corner of my eye :)

And they say men can't multi-task. I was Twittering the event, taking notes for this blog post, watching the footie and drinking beer all at the same time!

Re the £175 number- defenitely possible if you ask soon enough and the production knows- once the items have gone into 'archive' the costs rocket, because there's no-one to say 'yep, it's fine'.

One question I wished I'd asked: what is the BBC's role in being a trailblazer and leader in evangelising openess across the whole public service broadcast industry? We're partnering with lots of institutions for whom this may be a big culture shock... or not!