Postcard from Macau #11: The EA Games centre in Hong Kong

I recently spent three weeks visiting Macau, the former Portuguese territory on the south coast of China. As a former colony like Hong Kong, it is now a 'Special Administrative Region'. This post is the last of a series looking at aspects of information design, user experience, internet use and journalism that interested me when I was there. 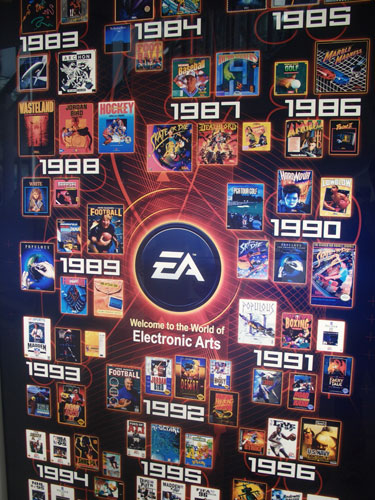 Whilst I was staying in one Chinese 'Special Administrative Region', it made sense to visit the other, Hong Kong. During my visit I took the Peak Tram up to the heights of Hong Kong Island. This funicular railway has been ferrying tourists and sightseers up to 'the peak' for over a hundred years 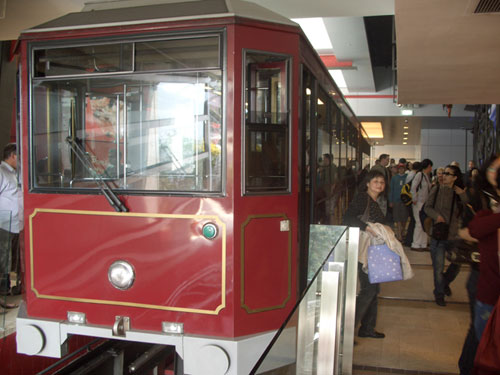 Originally the attraction must have been the clean air, open space, and amazing vista across mainland China. These days the attraction is being above Hong Kong's astonishing skyscraper skyline. Plus, of course, a shopping mall. 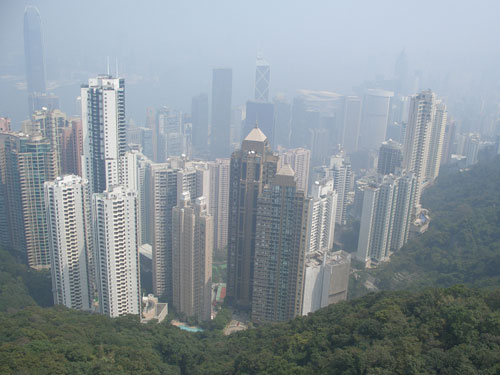 I resisted picking up some enamel-painted Tintin knick-knacks, but I had to venture into the Electronic Arts games centre. From the outside it looked like a giant multi-dimensional ping-pong ball. 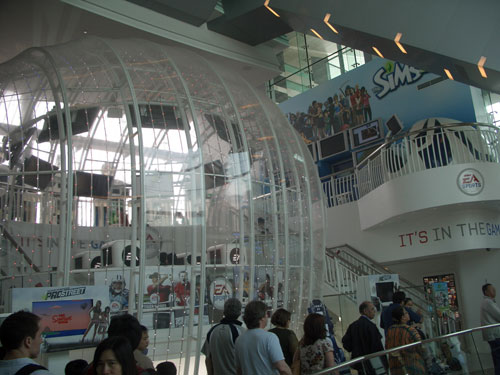 At the time I visited it was plastered with promotional material for 'Need For Speed - Pro Street'. The girls in the somewhat sexist cover shot certainly looked like they belonged to one type of street profession anyway. 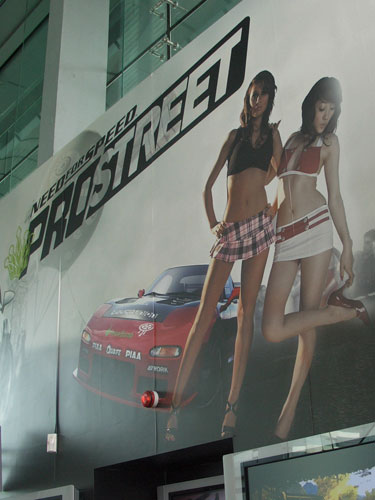 Inside, as well as the obligatory shop, there were plenty of opportunities to play EA games. Well, if you could elbow your way past the enthusiastic ranks of kids, anyway. Gamers could try PlayStation and XBox consoles, and there were small stands set up with PSPs and Nintendo DS's attached to them. 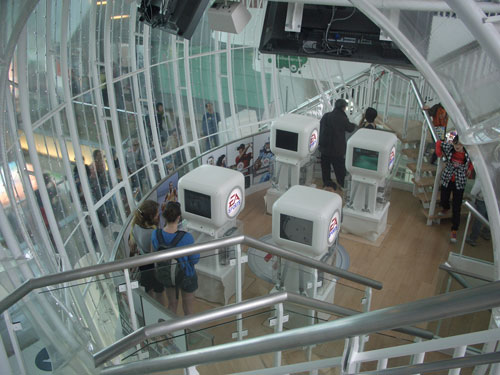 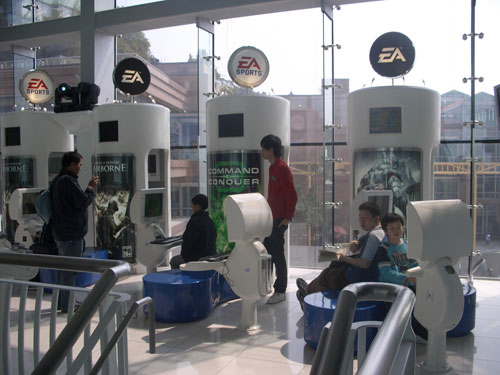 There were even booths at the back set up so you could try the less sexy PC versions of the EA catalogue. 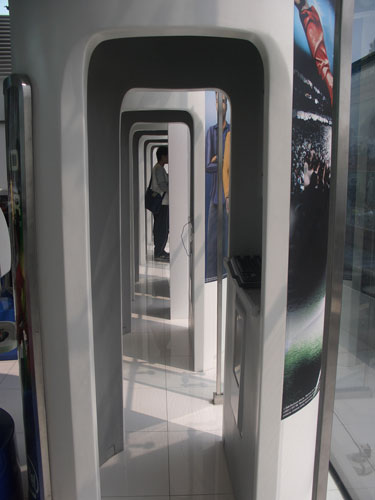 Aside from the games, there was also an interactive photo booth where you could pose and be super-imposed over the top of your favourite game cover. Presumably with practice this means you could replace Rooney or Ronaldinho on the cover of FIFA 08, but I just managed to look like a slightly clumsy thirtysomething who didn't know where the camera was pointing. You could buy prints of your photo-montage efforts on the way out. Needless to say, I didn't. 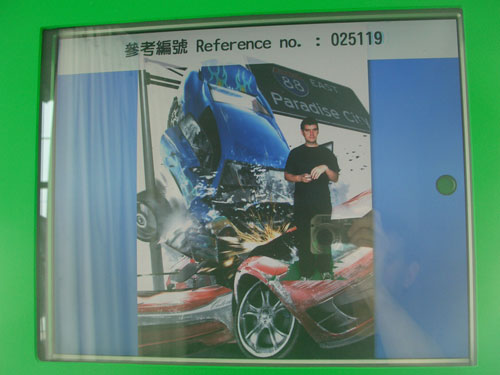 I took some video shots whilst I was in there, which you can see here. It is a little bit shaky in places, but you'll have to forgive that - I was having to kick legions of Chinese children out of my way to get to the games!

dear makers of sims2: my name is damian laight. for your next exspantion pack, could you please do me a favour? could you put in something that somehow you could transform into things, you know like you get an alien device that falls from the sky and you can change into things when you get it's DNA. or a potion that turns you into a ghost and back or something. no more wearwolfs and robots and plantsims (even though it's cool). if you could do something like that it would be awsome. yours sincerialy: damian laight