Blogging at the BBC: Part 1 - My introduction to blogging

6 or so weeks ago the BBC finally launched a website equivalent of the news editors blog, called the BBC Internet blog.[1]

It was long overdue, and an idea that had been kicked around internally at the BBC for some time. I'm fairly certain that lurking around the folder on my laptop called 'Old BBC documents' I've got at least one, if not two, product pitches for just such a thing, or at least something pretty similar at any rate.

The first few weeks of the blog has seen a celebration of ten years of BBC Online - which I've been writing some guest-blogger articles for - and the BBC has also recently been looking back at 18 months of running their 'blog network'. With this burst of nostalgia in mind, I thought it might be interesting to chart my recollections of the development of the BBC's usage of blogs as a medium both inside and outside of the organisation, and also to reflect on the experience of being a 'BBC staff blogger'.[2]

I first got interested in blogging due to my exposure to the phenomena working at the BBC's New Media department in the early 2000s.

The first blog I remember reading regularly was the newmedialog, a BBC internal production maintained by Jem Stone. It gathered together links and comments about BBC online services from around the web. It wasn't strictly a blog, and if I recall correctly updates to the site were e-mailed around as well as appearing on an intranet page, but I found the idea of this frequently updating news source pointing me out to external notes of interest rather compelling.

The first encounter I remember with a "real" blog from outside the BBC occurred towards the end of 2001. Although I was not working directly on it, the team I was part of launched a new user-interface for the BBC's search service as part of the re-branding of the website from BBC Online to BBCi.

Within a couple of days of the launch, a link went round the internal mailing list to plasticbag.org, where some young whippersnapper I'd never heard of called Tom had criticised the design, and posted his own 'improvements' to the user interface.

I was, naturally, outraged at the cheek of the man, but quietly impressed by the speed with which someone had been able to analyse the new designs and publish their reaction to it.

My next encounters with blogs were those kept by BBC staff.

When Matt Jones re-joined the BBC, his Blackbeltjones blog became required reading in order to actually understand what he was talking about half the time - although I do also remember him referencing WOTAN in a meeting and me being the only other person who smiled. 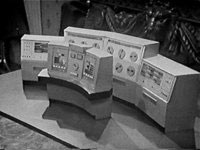 His links and blogroll led me to Euan Semple's The Obvious, and Tom Dolan's Blatant Optimism. I also found that one of my best friends at the BBC was blogging as Evil Coffee. In fact at one point during my work on the search project I spent most of my days sitting opposite and rocking along to the Super Furry Animals with Blackbeltjones, whilst being within 5 metres and discussing geek culture with Evil Coffee.

I think it was fairly obvious at an early stage that the introduction of the easy blogging platforms was going to leave a significant footprint on the web, even if it hasn't quite revolutionised the world we live in and life in general as predicted by some of the early blogging evangelists. It was also fairly obvious that the BBC would start doing something in this sphere, although, as ever with the Corporation, these things take time.

In fact it was BBC Scotland that grasped the blogging nettle more firmly than other parts of the BBC. In the next part of this series I'll be recalling the blogging initiatives that came out of the BBC offices in Scotland.

[1] Well, I guess it does what it says on the tin, even if the finest minds in public service broadcasting couldn't come up with a slightly more imaginative name for it. [Return to article]

[2] Even now, actually, whilst based in Greece. Thanks to my periodic contract work in White City I've earned a place on the BBC Internet Blog blogroll, my own page, and a spot on James Cridland's aggregation of BBC staff blogs. [Return to article]

In retrospect, I'm glad that my suggestion of calling the blog "Owl" met with blank looks. I hate coming up with names. Stunningly, the site is already the second Google result for "internet blog" :)

Stunningly, the site is already the second Google result for "internet blog"

A cynic might suggest that was also a really good illustration of how Google's trusted high-PageRank domains like bbc.co.uk or en.wikipedia.org really distort results!

I'm all misty-eyed with nostalgia now... the attic, the fairy-lights, my unwise decision to order a large crate of caffeine from ThinkGeek... but just remember who your daddy is ;-)

At the time of reading this BBC is one of the biggest companies is the World. Only a handful wouldn't know about BBC.

I really love the fact that big companies like BBC use the latest techniques to keep themselves popular.