Off with their heads!

Being outside the UK, I sometimes get a different and distorted persepctive on events that are going on back home - and the BBC / Queen 'huff' rumpus has been one of those stories where initially I got hold of the wrong end of the stick.

As I understood the story, the BBC had broadcast a misleading documentary about the Queen, which told a deliberate lie to the nation about their Monarch. 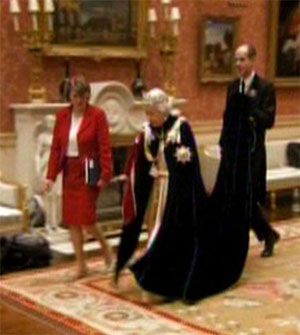 Then, when I read a bit more, I realised that the programme hadn't actually been broadcast, it was just a trailer that was misleading that had been broadcast to the Queen's subjects about Her Majesty.

I found that a bit less surprising, as there is always a tendency to 'sex up' marketing materials for programmes and services.

After all, one of the projects I once worked on at the BBC was searching the internet, which was advertised on TV using trails that had to be pulled because the images evoked domestic violence.

But then, I read a bit further, and came to understand that the offending footage of the Queen not having a hissy fit was not shown on TV at all.

Well, not until it became news anyway.

Honestly - with Her Majesty's troops deployed in active theatres of war in two countries, with a recent change of Her Majesty's Prime Minister, with 16 year old British girls incarcerated on suspicion of drug-smuggling in Ghana, with people being jailed for Islamic inspired terrorist attacks on their adopted homeland, with Madeleine McCann still missing, and with Big Brother 8 still on TV - is the biggest news story in the UK really 'media bloke shows ineptly edited footage to other media blokes and blokettes, and sometimes you can't believe everything you see in adverts on the idiot lantern'? 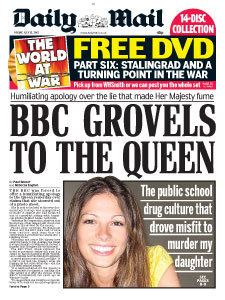