New media pensioner and president in the old media

Yesterday's old media seemed to have a surfeit of "drop the dead donkey" style stories about the internet - you know the type.

YouTube's geriatric1927 made the transition from viral internet success to print marvel in a Daily Mail article by Nick Craven and Liz Hill:

On paper. he makes an unlikely celebrity for the 21st Century

But on the computer screen, Peter the pensioner is the latest big thing. 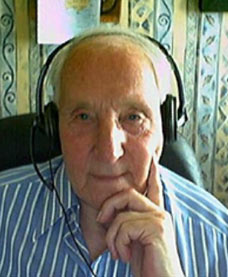 The Daily Mail even printed an appeal for Peter to get in touch with them, so I'm looking forward to a full puff piece any day now. It is a shame he doesn't seemed to have used AOL as his search engine, as maybe the Daily Mail could have just used their public search log data to track him down.

The other new media story in print that caught my eye was in The Independent, about Iranian President Mahmoud Ahmadinejad starting his own multi-lingual 'blog'.

In The Independent, Elizabeth Davies writes:

Use of the blog already appears high - by yesterday afternoon, 12,000 people had taken part in the online vote

12,000 people? Pah! With a question - "Do you think that the US and Israeli intention and goal by attacking Lebanon is pulling the trigger for another world war?" - designed to inflame opinion in Iran, the Lebanon, the USA and Israel (combined population just under 400 million people), 12,000 doesn't seem that high. If he really wants to get people voting in droves, he needs to ask his audience what their greatest painting or favourite sporting team is.

Mind you, I have to say I was really taken aback that the blog uses the hideous hybrid Stars-and-Stripes/St. Georges flag icon to denote the English version - has he noticed he has part of the flag of the 'Great Satan' on his website?