Airfix Dumbs Down. So Does Subbuteo.

A fantastic article in the Daily Mail today bemoaning the "dumbing down" of Airfix, as they update their range to introduce snap together models of futuristic craft from the 45th century targeted at 8 to 12 years.

I used to enjoy putting kit aeroplanes myself at a tender age, although the effect of my craftmanship was usually spoiled by the fact that I then insisted on painting them in whichever gaudy colour of paint had taken my eye on my last visit to the model shop. I used to have hanging from my ceiling a nifty dogfight between a sky-blue German Fokker and a maroon U.S. fighter of some variety. With a BA 747 suspended between them - that at least had the correct livery but then I think my dad insisted on making/painting that model as it was "too big" for me.

I can't though get exercised about the changes at Airfix though, not least of which because the very use of the phrase "dumbed down" raise my hackles. I can tolerate the BBC being lazily accused of this, since it is publically funded, and meant to differentiate itself from commercial operators. I think it is astonishing though to accuse a commercial company, which is trying to make a strategic decision in the market-place to keep a business running and to keep people in jobs, of "dumbing down". 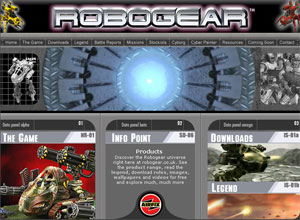 The Daily Mail grabs hold of a rent-a-quote to say that it is disgusting that by adding these news model to the range Airfix is abandoning the heroes of the Battle of Britain and that kids don't learn enough about World War II in schools. I think if you check the Bitesize site you'll find that learning about WWII is still a significant part of the curriculum - no less than when I was at school, and I studied it for four years for GCSE and A-Level.

Mind you, if the Mail had started talking about the new dumbed down celebrity Subbuteo where you collect random packs of famous players rather than whole teams, then I would have been in agreement with them. It wasn't like that back in my day etc etc...

Read other recent posts about: Football, Media, Other

I noticed that on news.bbc.co.uk where the article started by insinuating that Airfix were completely moving from planes made with glue to robots that click together, only it turns out at the end of the piece that they still make old-school planes and this is just an expansion of their range.

And even though I couldn't give an arse about Airfix that really bugged me for some reason.

It might be a lack of imagination on my part, but I simply can't imagine you painting anything in gaudy colours, even as a kid. A lurid sage green/dun/murky grey, perhaps, but gaudy? Against your very nature...

Could it be that my usual morbid and dour choice of clothing colours is simply an unconscious rebellion against my gaudy past?

I too made airfix airplane models as a kid (badly - the glue would usually leak all over the plane and burn away the plastic).

I guess Airfix have a bit of a problem in that less and less parents, I imagine, are happy with their kids using strong solvent-based glue...

I remember the first time I managed not to get glue on the cockpit window.... and the time I left the decals in my mums best china for ages and the water evaporated and they stuck... ahh halcyon days.