A good compare and contrast with media accountability over mistakes.

Yesterday, the Nieman Journalism Lab broke an embargo over a Pew Research Centre study. When they realised, they removed the story and apologised on Twitter, and once it was republished, added the following note on the bottom:

"[Editor's note: Originally, we accidentally published this post too early and jumped the gun on an embargo. Our sincere apologies to the Pew Research Center's Internet & American Life Project, who have since lifted the embargo.]"

The Nieman site carries trackbacks, and so on their post there is a prominent link to a blog criticising them for the embargo breach - "Here we go again: Another Pew report embargo broken, this time by Nieman Journalism Lab". 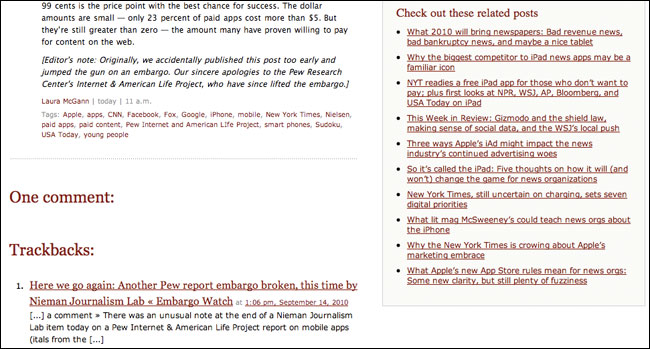 Not only is Nieman carrying this link, but their author, Laura McGann, has gone on to the Embargo Watch site to leave a comment personally explaining what had happened.

It is an exemplary example of best practice correction and clarification - and one that shames the attitude of most mainstream media outlets when they make errors, which is generally to react slowly to complaints of wrongdoing, and then try and pretend it never happened. 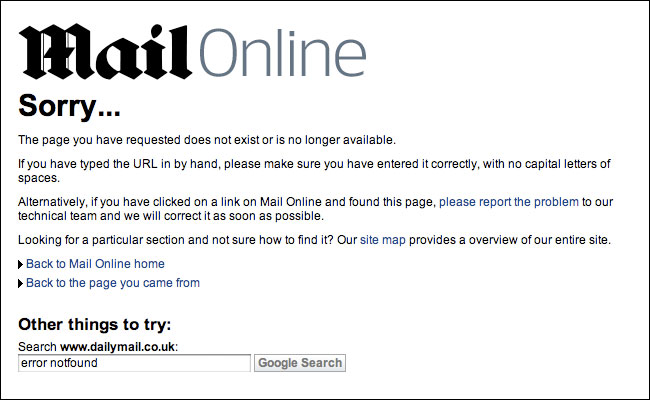 (And you'll note I've neatly sidestepped the debate about what place, if any, embargoes have in a globally connected digital news ecology)

Interesting timing for your post as I had moderately terse discussion with a press officer yesterday after I wrote up an (admittedly badly written) press release for work, and made a mistake.

Frankly, the mistake was, as a component of the story, fairly minor - but it was a mistake and once notified I corrected it in the manner than I always do. I crossed out the error text, added the correction and appended a note to the article that a mistake had been made and subsequently corrected.

The press officer actually wanted me to erase the error from existence and pretend it never happened.

Not only unethical, but also pointless. The internet remembers everything!

Definitely the best way of dealing with a mistake. Pretending it never happened, particularly with the rate that material spreads online, is never going to work well.