I rather enjoy John Redwood's blog. As someone who at times, it seems, has held views even his own party thinks are eccentric, he always makes for an entertaining read, and unlike most of our MPs, he seems to have really enthusiastically grasped blogging as a way of getting his view out whilst by-passing the mainstream media machine.

I noticed that he was rather unimpressed with Ofcom's vision of the public service broadcasting future:

"This week I attended an Ofcom briefing on their conclusions concerning the future of the media. It made my blood boil." 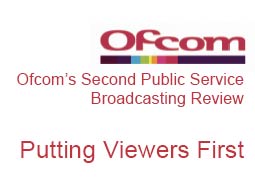 In part, this was due to his opposition to increased regionalisation of production and content, which Redwood believes is part of an EU-inspired divide-and-conquer approach to weaken the resolve of the more powerful individual nation states within the Union. And in part it was due to the fact that the elected representatives were being dictated to by a quango.

What struck me as being rather more interesting was his take on the pleas of the established television industry over advertising revenue.

"I also enjoyed the contribution at the meeting from one participant who thought it was most unfair of web services to take advertising revenue away from ITV! It's called free enterprise, and offering the public what they want. He should try it sometime."

Of course, what is rather unsatisfactory from a British point of view is that because of the global nature of this market, a lot of the advertising revenue is being exported directly out of the UK. Andy Duncan's figures suggested that two-thirds of £3bn spent on online marketing by British companies went to American businesses, not domestic ones. That means the money isn't reinvested in any of Britain's free enterprises, never mind the creative ones.

I've left a comment over on John's blog about it anyway - I'll let you know if I get much response.

I found John Redwood's prose very difficult to read. He needs a good editor - not that I'm volunteering.