"Land of the mascots"

I spent the build-up and start of the Olympics in Macau, which had certainly dressed itself up to celebrate the occasion. You couldn't move for 'The Fuwa', the five Olympic mascots. 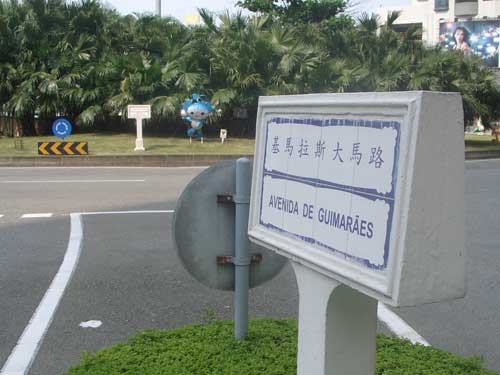 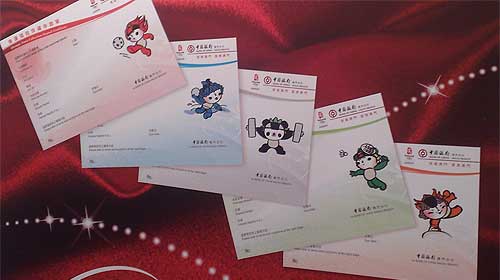 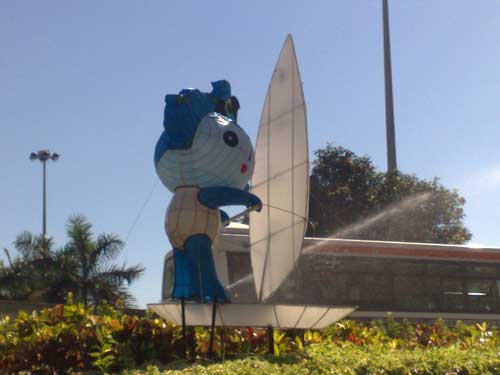 'Yingying' obviously wasn't prepared for the typhoon that hit whilst I was there though! 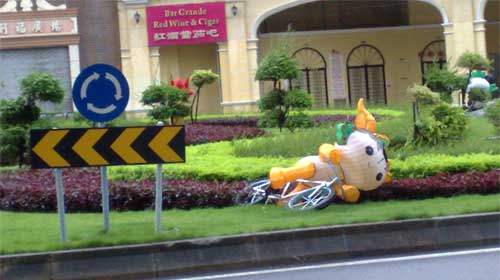 Even Macau's greatest landmarks were not immune. The ruins of the Church of St Paul are arguably the distinctive image of Macau (although the owners of the Grand Lisboa Casino might dispute that) 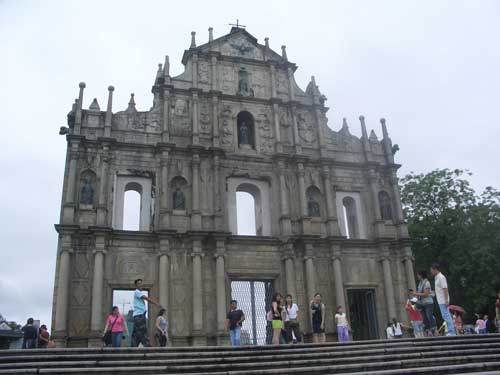 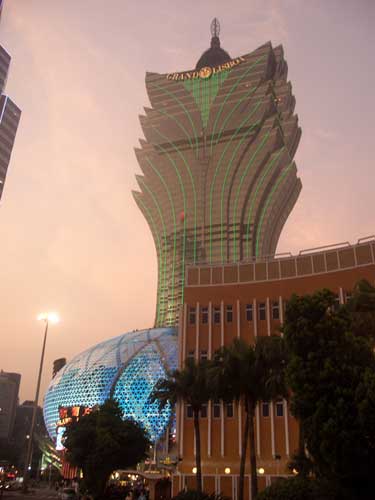 The ruins consist of the remains of a 16th century church, which at the time was considered Christianity's greatest monument in the Far East. The statues and carvings on it are a 'bible for the illiterate'. The church burnt down in 1835, and all that survived was the now free-standing Southern wall.

You approach the monument up a steep series of steps called the 'Largo Da Companhia De Jesus', which these days is usually absolutely packed with tourists taking group shots in front of the wall. And which, for the Olympics, was copiously decorated with models of the Fuwa. 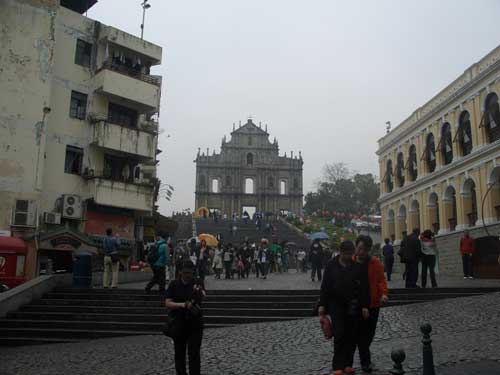 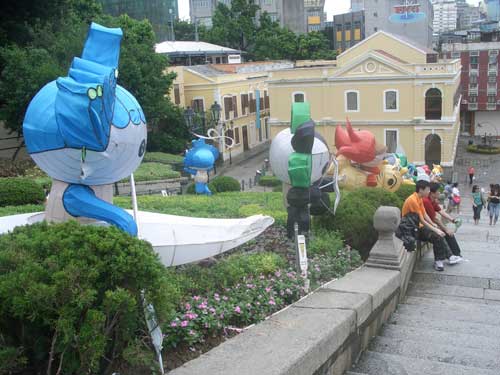 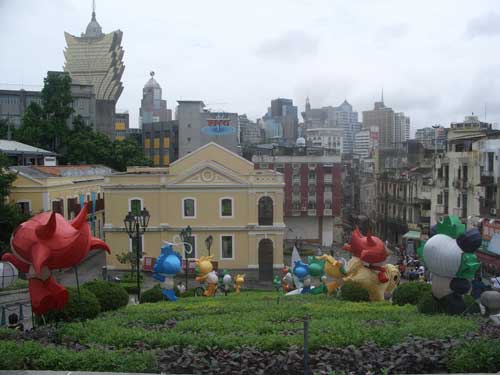 The names of the Olympic mascots are based on the phrase 'Welcome to Beijing', and as well as on posters they also appeared on big screens around Macau. Opposite the Grand Lisboa Casino, for example, was a video screen which kept playing cartoon loops of the Fuwa in action. For the Games itself, Macau erected a giant screen in Senado Square to show live coverage, and that came complete with cartoon Fuwa as well. 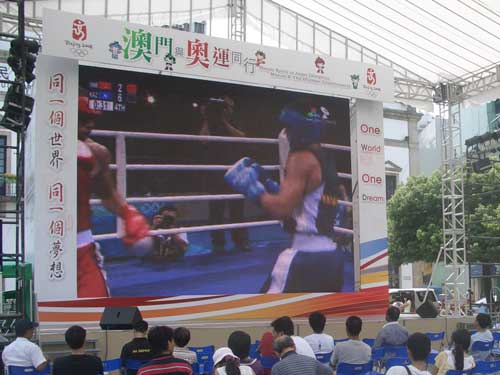 Although they may have been on ubiquitous display in Macau, at least they haven't been as intrusive at the Games themselves as Trix & Flix were at Euro2008, trying to muscle their way into every team's celebrations. 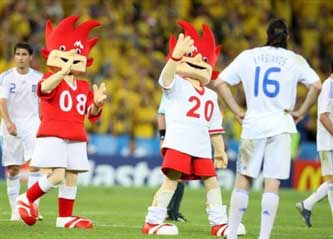