I've been writing a series of articles looking back at the history of politics, protest and dissent at the Olympic Games. In the last part I looked at the boycott of the 1980 Moscow Olympics, which was led by the USA in protest at Soviet military action in Afghanistan.

Whilst that boycott is often now regarded as a principled, if misguided, action, most observers regard the corresponding boycott of the 1984 Olympics by those in the Soviet sphere of influence as a rather petulant act of tit-for-tat.

Los Angeles had previously hosted a depression era Olympics in 1932, and narrowly missed out on getting to host the 1980 event. In 1978 it was awarded the Games unopposed, as, in the immediate financial aftermath of the 1976 Montreal Games, no other city bid. By the time the 1984 Games arrived, it had been over 50 years since one of the Olympic movement's most successful nations had last hosted the Games.

After waiting that long, you'd think that they might have chosen a more photogenic mascot. 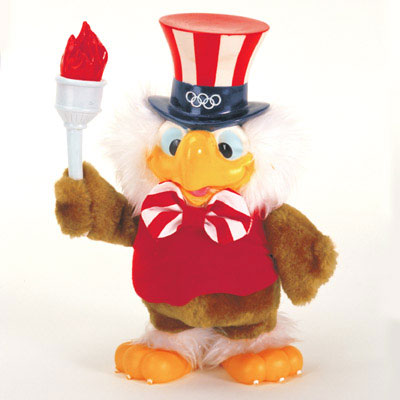 The Soviet Union announced that it would boycott the Los Angeles Games on May 8, 1984, the same day that the 1984 Olympic Torch Relay began its journey from New York to Los Angeles. The reasons for the boycott were given as concerns over security, but everybody sensed it was politically motivated. US President Ronald Reagan reacted with sorrow rather than anger:

"It ought to be remembered by all [that] the Games more than 2,000 years ago started as a means of bringing peace between the Greek city-states. And in those days, even if a war was going on, they called off the war in order to hold the Games. I wish we were still as civilized."

Libya and Iran were also absent for political reasons, but these were more to do with bilateral disputes with the USA than Soviet influence.

In numbers terms, the Soviets were able to muster much less support for their boycott than the US had in 1980. The impact on the Games was similar though. With key competitors missing from many disciplines, the host nation romped to a huge medal tally. Sadly, as in 1980, the value of the medals is considered tarnished, as the athletes who did go to Los Angeles and Moscow did not get the opportunity to truly demonstrate that they were the best in the world.

One of the results of the boycott was that the absent countries staged their own 'Friendship Games' or 'Druzhba-84'.

This followed a long tradition in Olympic dissent. The "Liberty Bell Classic" had performed the same function for countries like the USA, West Germany and China in 1980 when they had declined to attend Moscow's Olympics, and Germany had spent most of the 1920s organising their own Games as nobody would invite them to the real ones.

The Soviets also had their own experience of holding the 'Spartakiad', which were mass participation multi-discipline sporting festivals, similar in many ways to the Olympics. 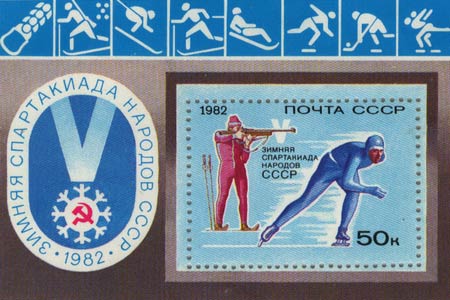 The 'Friendship Games' were held in venues around the globe, including the USSR, Cuba, Czechoslovakia and Mongolia.

The results of the Druzhba-84 Games show that the Olympics would have been as hotly contested on the field as the diplomatic contest was off the field.

"At the 1984 Friendship Games, East bloc athletes outperformed Olympic winners in 20 of 41 track-and-field events and eleven of 29 swimming events."

The Soviet-led boycott wasn't the end of the politics at Los Angeles. The fast-tracked passport that allowed South African-born Zola Budd to compete for Great Britain also led to one of the Games' great controversies, as she clashed in the 3000m with American favourite Mary Decker.

As Time Magazine reported in May 1984, the appearance of Zola Budd also risked sparking a separate African boycott of the Games over the apartheid issue again, just like in 1976.

It was the speed with which she got her British passport which was part of the problem - it took just two weeks when the usual process took over a year. Her connections to the UK were tenuous, and her citizenship was granted because her grandfather was born in London. The Daily Mail flew her to the UK, and ferociously campaigned for her to be made British. Documents released through the Freedom of Information Act show that this was a significant factor in the British Government's decision.

Seemingly in total denial that they had already singled Budd out for special attention, Malcolm Rifkind said "this problem gives considerable scope for embarrassment to Her Majesty's Government and that it will be particularly important to show that we are not singling out the Budd family for any special treatment."

Geoffrey Howe, foreign secretary at the time, had to write to the British ambassador in South Africa, because of the concern that the case would bring about a rush of applications for British citizenship from South Africans with one British-born grandparent.

Now, funnily enough, the Daily Mail doesn't seem to be so welcoming of immigrants.

Eventually, after serving a suspension for allegedly competing within South Africa when the nation was still banned from international competition, she was able to represent the nation of her birth as Zola Pieterse in the 1992 Olympics. 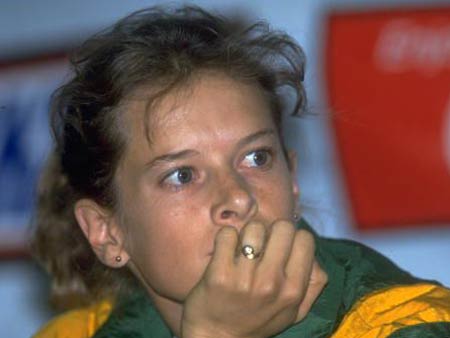 For me, the saddest thing in this story is that surrounded by controversy, it seems that Zola never truly fulfilled the potential she showed when smashing world records as a junior. And due to politics beyond her control her achievements were not properly recognised on the international stage.

And the final irony for me when researching this article?

This year the Daily Mail published a list of 'What happened in the world the year Teddy Sheringham scored his first professional goal for Millwall?' and included this round-up of the 1984 Olympics.

It makes no mention of how Zola Budd became a <scare-quote>'Brit'</scare-quote>, or which newspaper caused it to happen, and then blames her for a "trip" when she was reinstated into the results having been judged to have done nothing wrong.

One significant event to be added to the Olympics in 1984 was the women's marathon. If you've been reading this series from the beginning, you might recall that in 1896, the first IOC-recognised modern Olympiad, Stamata Revithi ran the course of the marathon to demonstrate that women should be allowed to participate in the male-only games. Although women were allowed to take part in 1900 in Paris, it took 88 years before a women was able to compete in an official Olympic marathon race.

The period of 1968 to 1984 was a turbulent one in Olympic history. The Cold War, racial politics and massacre in Mexico in 1968, the terrorist attack on the Münich Games of 1972, the anti-Apartheid boycott of 1976, the US-led boycott of 1980 and the tit-for-tat in 1984 were nearly two decades of crisis.

In the next part of this series I'll be looking at how two potentially difficult Olympiads, held in divided Korea and in Spain's Catalan heartland, passed relatively peacefully and free of protest.

How can you call 1980 Olympics boycott principled if it were terribly arbitrary? I mean wouldn't a 1984 boycott have been more principled if it put Grenada, Nicaragua, or Lebanon at the top of the slogan?

Or is a 1984 Boycott forever unprincipled simply because a wronged country, whose one in a lifetime event was spoiled, hits back?