Long-term readers of this blog may recall that I used to regularly intersperse the usual mix of observation about websites, moaning about newspapers and wittering on about the slightest thing that my BBC team had done online with tales of the ghost walks that my wife and I did around London when we lived here permanently.

Most of them were based on the book "Walking Haunted London" by Richard Jones, although we also made up our own route through Haunted Walthamstow and Chingford, and went as far afield as Canterbury and even Malta.

They've proved to be enduringly popular in terms of the traffic they generate, and the comments they attract, often with people re-telling their own ghostly experiences in the areas. And sometimes landing me with lengthy emails threatening legal action because they didn't like my review of their tea-room.

Well, whilst we've been back in London for a couple of months, we've tried to do a few more of the walks in the Richard Jones' book, and so over the next couple of days I'll be posting about our recent ghost walks. Our first trip was around Haunted Westminster and Piccadilly.

The walk in the book started us off at Westminster Underground station, which is one of my favourites out of the recently built stations I've visited, not least because it appears to be inside-out, with only half of the walls put in.

Our first hauntings were in a much older location though, on the Embankment facing Westminster Bridge. Here you can apparently see either a ghostly rowing boat make its way down the Thames, or, if it is the dawn of the New Year, watch the spectre of Jack The Ripper throw himself off the bridge to his watery death below. Being mid-Sunday afternoon though, the only thing we saw were hordes of tourists taking pictures of the Houses Of Parliament or the London Eye.

We then set off past the building that used to house the Metropolitan Police. This particular edition of Scotland Yard had a headless female ghost haunting the 'Black Museum', which you would have thought was ghastly enough in its own right.

After that it was on to The Banqueting Hall part of the old Whitehall Palace, where Kings used to cure the populace of their physical ills. Admiralty House was our next port of call - can you see what I've done there? - for the story of a ghost that has haunted generations of British politicians. No, not Sir Robin Day, but a woman who used to live there who had been shot dead by her jealous lover. She apparently appeared to Sir Winston Churchill, and was considered 'part of the family' by Denis Healy in the late 60s. Next up was The National Liberal Club. Soon after it was built in the 1880s it suffered recurring poltergeist activity - which was ended when one particular German serving girl was identified as the catalyst and duly sacked.

(There was no word in the book on whether this was why the English word for poltergeist is a German phrase.) Our next stop was by far the most popular on the trip with me - Gordon's Wine Bar on Villiers Street. We'd previously done a ghost walk in this vicinity with the Big Bus Company - "Ghosts By Gaslight". There we heard about the ghost at Gordons, but didn't get to go in. This time, left to our own devices, we did. I've been there before - for a friend's stag do - and it is a wonderful little place full of character. Dark and musty, we had a half bottle of wine and some (quite pricey) Spanish olives, and waited to see if we would feel the mysterious tug on the shoulder from the spirit that haunts it. No such luck though, and so, finishing our drinks, we headed out and up towards The Strand, passing a house haunted by the ghost of 17th century blogger Samuel Pepys, and another haunted by one of William Etty's nude models - although she apparently appears with her clothes on when in spirit form. 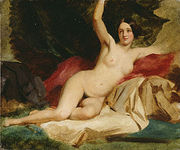 Before reaching The Strand, we had a quick detour into Lower Robert Street. This is reportedly haunted by the spirit of murdered prostitute "Poor Jenny", however we mostly found it haunted by the smell of stale urine, and so didn't linger very long.

Once on The Strand we headed to illustrious private bank Coutts, which staged a session with medium Eddie Burks in the 1990s to rid itself of a ghost haunting the IT department, possibly COBOL, before heading into the subways to go to Davenports.

Davenports Magic looks creepy enough from the outside, with windows full of fading and dusty magic props and books, but it is also reputed to be haunted inside as well. As we went on a Sunday the shop was shut, so we wended our merry way towards the exit of the subway, via a big puddle of drain water and probably urine (again), only to find it was gated shut on a Sunday. So we had to re-trace our steps, including the ones through the dirty water, onto The Strand. The final part of the walk was to visit four haunted West End theatres. I have to say that either roads have been re-named, or theatres have been re-named, since Jones wrote the book, as we found it hard to follow the directions and ended up at places more by luck than judgement. He may argue that the wine consumed at Gordons had more to do with it.

I'm not actually convinced that there is a single theatre in the UK which doesn't have an associated ghost story, but the four in the book contain a couple of good'uns. The Duke of York's Theatre, for example, was bizarrely haunted by a costume that used to try and strangle the leading ladies that wore it.

The Colossium, meanwhile, was frequented by a fallen World War One soldier recreating his last night of happiness on leave before being killed in the slaughter on the continent.

The third theatre in the book is The Albery, reputed to be haunted by Charles Wyndham. We guessed (wrongly) that this might now be called The Wyndham theatre, as that seemed in the right location and we couldn't find The Albery, but apparently it has become the Noël Coward Theatre. The final stop was The Garrick, also, rather unimaginatively, haunted by the old owner. Tomorrow I'll recount the next walk we did, which covered Knightsbridge, Kensington and Notting Hill.