I had the opportunity to attend two journalism-meets-techie events in the space of a couple of days this week, and followed up hosting and arranging "Search at The Guardian" with a trip to The Shooting Star for my 2nd London Hacks/Hackers meet-up. I wrote about the first one I attended, featuring Jonathan Richards and Julian Burgess of The Times and Chewy from Google here.

The attractions this time around were the BBC's Martin Rosenbaum, my colleague Alastair Dant, and the chance to have a birthday beer with @timesjoanna. 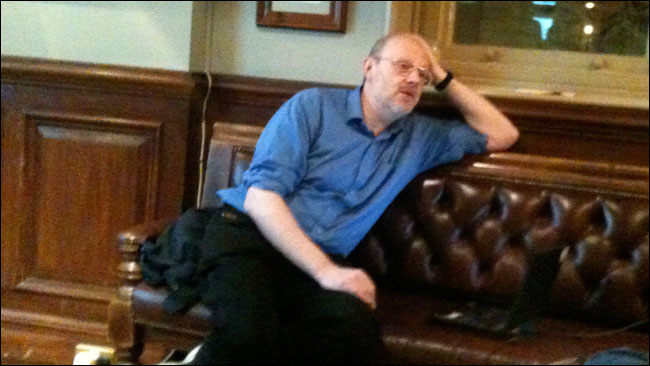 Martin Rosenbaum gave a series of excellent tips about using FOI requests, including keeping the FOI officer on your side, and prototyping your requests by trying a couple of organisations to see if you've got the wording right before sending a request to every Primary Care Trust in the country for example. He also suggested being very specific about requests. One way to achieve this was to supply your own grid of questions to be filled in, and you should always be clear about the date ranges of the information you are seeking.

One of his most valuable tips though was about republishing data. He cited an example of a long struggle to get MOT failure rates published, which ended when he was finally grudgingly given a 12,000 page PDF with the data. He converted it into a spreadsheet and republished it, and was astonished at how much 'people with greater technical skills than me' could do once the data was in that format - including an online database that allowed you to check the performance of your make and model of car in the tests.

It is a key lesson for journalists to take on board - publishing data shows your working and allows people to build on that work. And as Paul Bradshaw always argues, it is best to publish in the simplest form possible. A Word document is better than a PDF, but a plain text file trumps both of them. Likewise it is easier for developers to process a CSV file than it is a .xls file.

From the floor I rather cheekily pointed out that he was in a unique position, being a journalist working at an organisation that is itself partially open to FOI requests. Had he, I wondered, ever issued an FOI to the BBC himself? He hadn't, he said, and was a great pains to point out that there was very clear blue water between those handling FOI requests at the Corporation, and those using them as a journalistic tool.

Rob McKinnon also chipped in, making the excellent point that he has had some success by requesting database schemas. This tells you exactly what is being stored, and allows you to structure your requests accordingly.

I really enjoyed Martin's talk, and got the chance to chat with him afterwards. He blogs about his experiences with FOI for the BBC at Open Secrets. He also opened his presentation with an image of John Noakes and Peter Purves, accompanied by Shep, digging a hole in the road. And you can't argue with a presentation that starts with my era of Blue Peter...

I'll also at some point be writing up my notes on my colleague Alastair Dant's excellent talk about 'Interactive technology - now and later'.