'Identity' at The Wellcome Colection

At the weekend I went to the Identity exhibition at the Wellcome Collection. 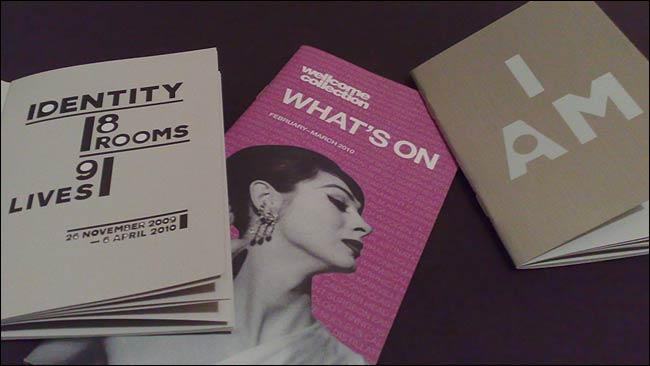 In the space covering Sir Alec Jeffreys' discovery of 'DNA fingerprinting', there was a graphic illustration of old and new media, and the machines that allowed us to transform from one to the other.

It was astonishing to think that whilst I was was stumbling along with '10 PRINT "MARTIN IS COOL" 20 GOTO 10' at school, he was using the same tool to revolutionise the way we understand our genetic make-up, and help solve crime. Alongside a yellowing print clipping of The Guardian announcing the breakthrough, was the original BBC Micro that he used. 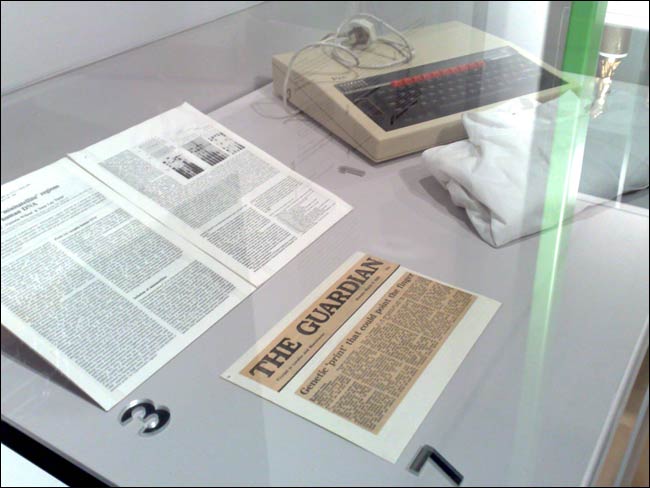 Fast forward to 2009, and Identity was the first mainstream exhibition I've seen to feature 'blog comments' as one of the exhibits. They have a screen that alternates between a Nick Griffin blogpost, about the discovery of rare African DNA in Yorkshire, and the comments his piece provokes, which the collection described as 'less nuanced'. Quite. 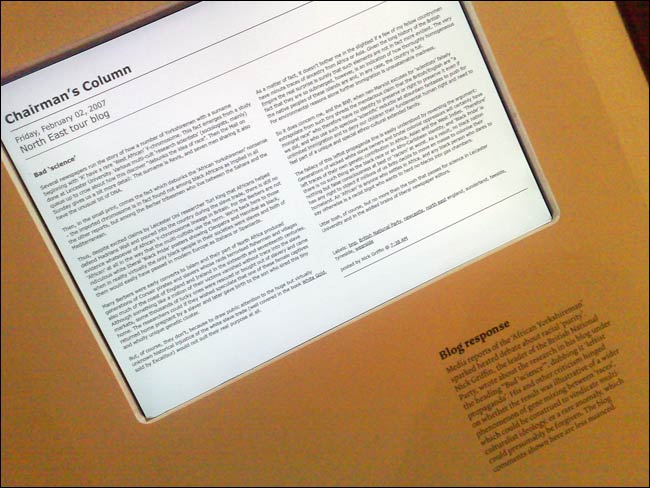 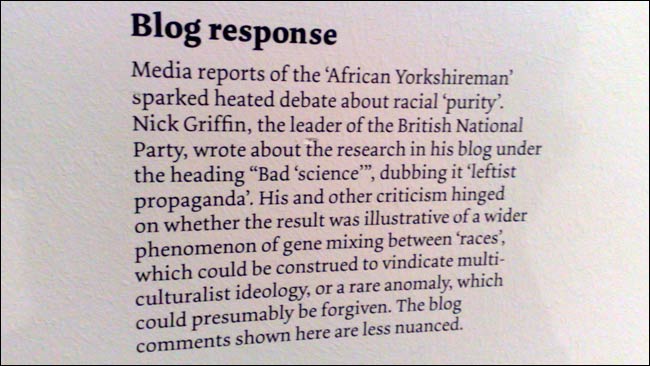 Back in the old media world, Alec Jeffreys' local paper also featured in the exhibition, carrying a story about one of the first times DNA testing had been used in a crime case. 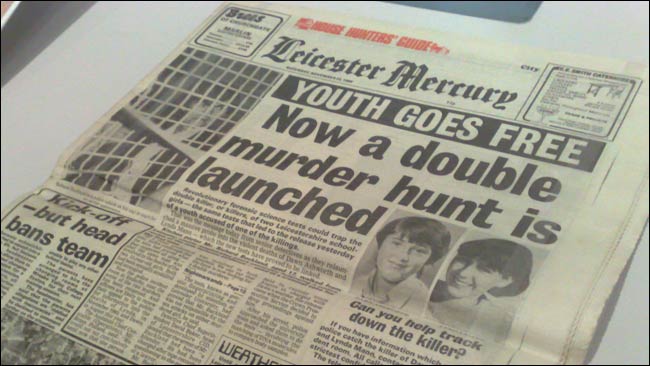 But just look at that font in the middle of the page - it can only mean one thing. In Leicester they used to have weather from the future... 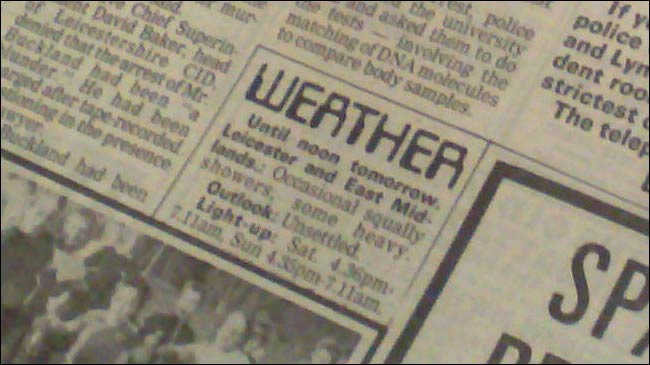 Identity - Eight Rooms, Nine Lives is on at The Wellcome Collection, London, until 6 April 2010

Ah the "Bloodings/Colin Pitchfork/Lynda Mann/Dawn Ashworth" murders - happened right outside my secondary school (along the route we took for cross country runs) just two villages on from where I lived (I was only about 3 and 7 when they happened)...