"This is an unusual project, and I can tell that by being here you are unusual people" 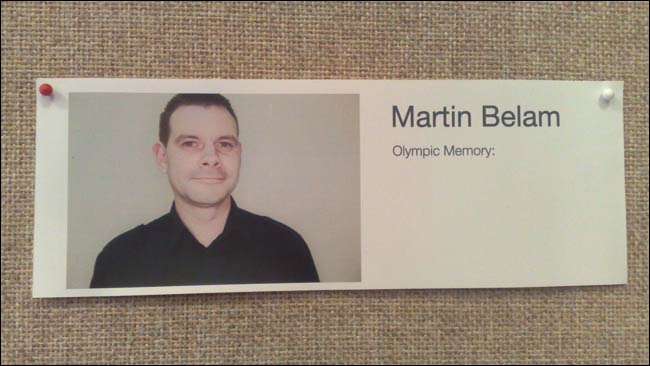 The Olympic Memory Marathon, which I've just taken part in, is a video project for the London 2012 Games. The artist behind it is Simon Pope, and it has been funded by the LDA and Arts Council England. 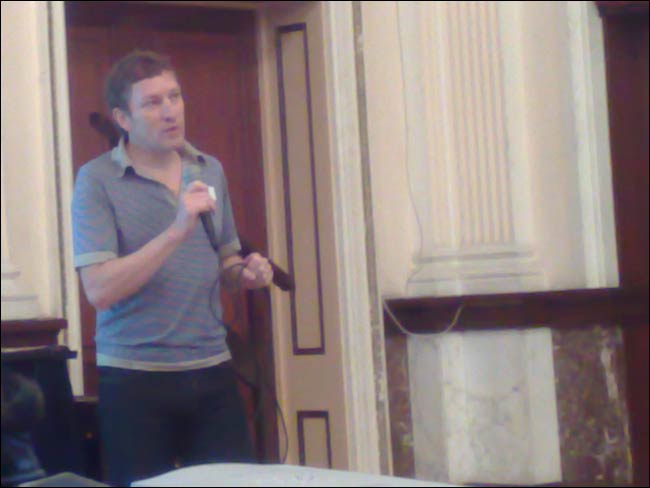 During the first workshop I got the chance to ask Simon what had appealed to him about doing an Olympic themed project. He explained that it hadn't been an interest in the Olympics per se which had grabbed him, but that he likes combining walking with memories. He likes to explore how you can re-capture fleeting moments that have gone, and this has been a theme throughout his work to date, particularly a project called "Carved From Memory".

"Carved From Memory" was a project to get his grandmother to describe how she remembered the gargoyle, whilst a modern day stone carver listened. He worked out what was possible and what wasn't possible to do in stone, and urged her for more details on things like how the fur had been carved on the back. Between them a new gargoyle emerged, based on the memory. 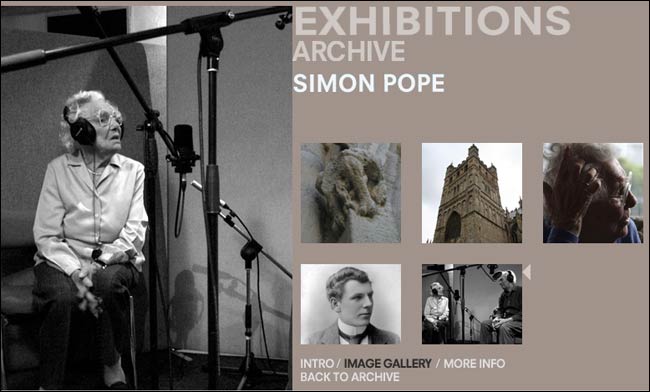 For the Memory Marathon, Simon said wanted to add to the film-making history of London, by capturing stories and memories of the Olympic Games from 104 residents of the boroughs where the 2012 Olympics are to be held. His plan was to walk the length of an Olympic marathon - 24.6 miles - in the host boroughs. This worked out to 400 metre sections with each participant, equalling about 5 minutes on film.

I was pretty agnostic about the section of the route I wanted to walk down, but some people had definite places they wanted to walk past. One of the participants from Waltham Forest had a long history of association with the Eton Manor Sports Club. The Olympic Park is sited where a memorial to the club still exists, and so it was natural for him to want to walk that stretch. Other special considerations I overheard included one person who needed a stretch that wasn't near a bridge or water because of phobias. 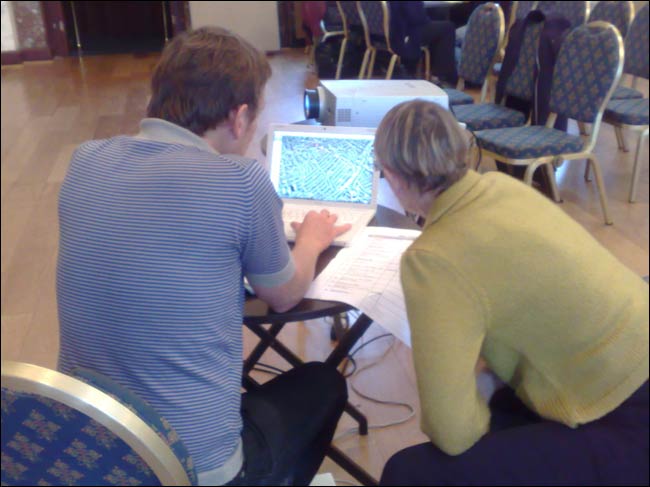 Simon had initially hoped that some stages of the journey might take place within the Olympic site itself, and I would certainly have jumped at the chance at that, but in the end it couldn't be arranged. The part of Waltham Forest the Memory Marathon route ran through wasn't particularly my part of the borough, but I chose to pick a section as near as possible to Leyton Orient's ground, which at least had some personal association.

A mix of memories

During a series of three workshops people worked on the story they were going to tell to Simon for the film. Some people's memories focussed on experiencing the games from a distance, for example remembering getting the family's first television in order to watch the Tokyo Olympics in the 1964. That memory ended with her dad selling it after the games were over, because the children in the family spent too long watching TV when they should be doing their homework.

Another woman related how her 'mad scientist' father in Bangladesh, instead of having a proper television aerial, rigged up a Heath Robinson lash up of wires, pots and pans to pick up signals for their black and white television.

Others in the group had actually attended Olympic events. One in my Waltham Forest group had been at the Sydney Olympics, and had brought along a set of photos taken on the night that Jonathan Edwards won gold. Links to more distant events were also maintained, as the guy from Eton Manor Sports Club had meet several British Olympians who had boxed at the games in the 1920s. 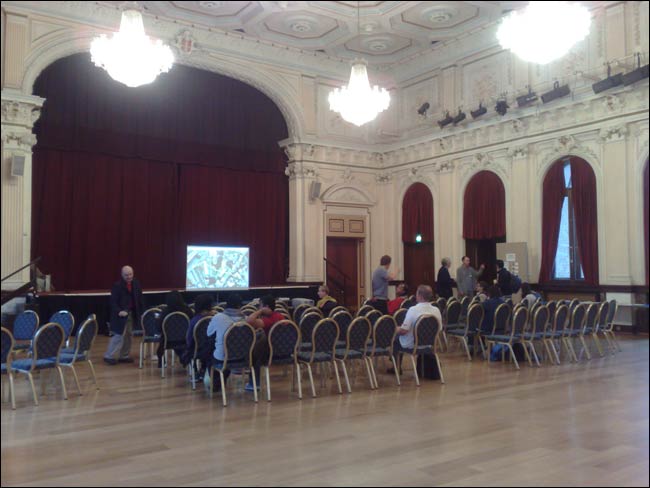 As ever, I was interested in the digital aspect of the project. For a start the filming equipment is incredibly lightweight. Much of the HD footage was taken with a camera no bigger than a digital SLR. Had London been hosting the previous couple of Olympiads, I think it would have been harder to make the film, and it would have required a bigger crew.

Simon Pope scouted the route by foot and bike, but a lot of the planning was done digitally using Google Earth. 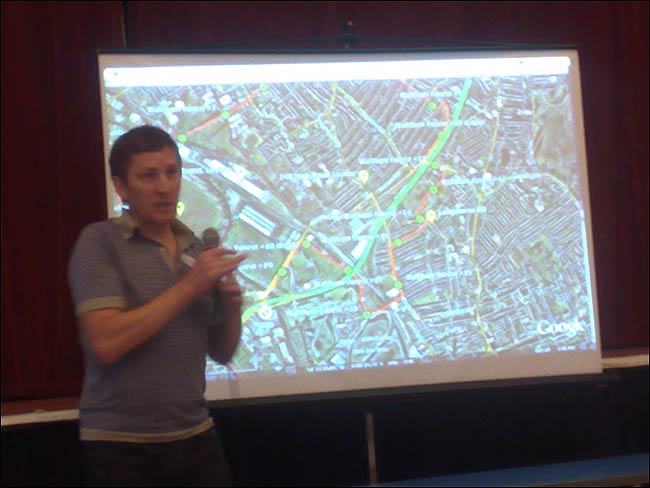 It would have been possible to put the project together in a pre-digital era, but the number of paper maps needed would have been immense. When the project is finished, they intend to release the Google Earth data into the public domain, along with embedded recordings of people's contributions and photos and video clips of the sections walked.

Perhaps the funniest bit of taking part in this project for me was during the workshop phase, with the revelation that Stratford Old Town Hall has a room literally called 'TARDIS'. 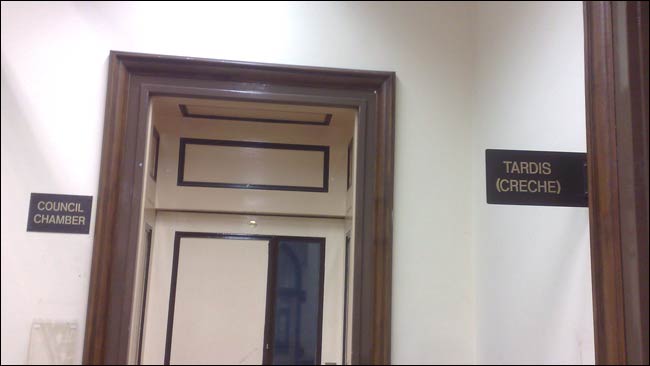 Tomorrow I'll have a post about my experiences of filming my contribution last Saturday, the day of the Olympic Memory Marathon.

That photo of the TARDIS is golden! When you went inside, did you see a blue box?! Thanks for sharing.