Early in November we held the fourth London IA Mini conference evening. Zebra People sponsored the night, which was hosted by EMC Conchango. In the first part of my round-up of the evening, I had some notes and a video clip of Max Gadney's opening talk. 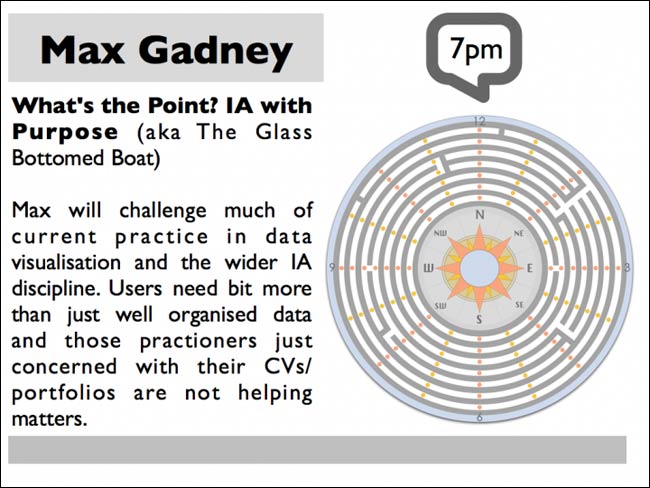 BBC History archive - 'What is the way in?'

Max was talking about how information design needs to be really useful for the audience, and not just about 'designing for ourselves'. As a commissioner with BBC Vision, one of Max's projects is about opening up the BBC's archive of material about history. In this video clip Max talks about his quest to find 'the way in' to that material for users. Just putting up 'a bunch of stuff about history' will not, he says, be enough.

As one of his sidelines, Max does a lot of infographic design about the technology used in the Second World War. He said that he started this when he was bored on a long flight, and was thinking to himself: 'If I was in a plane that was being shot at, which type of plane would I most rather be in?' 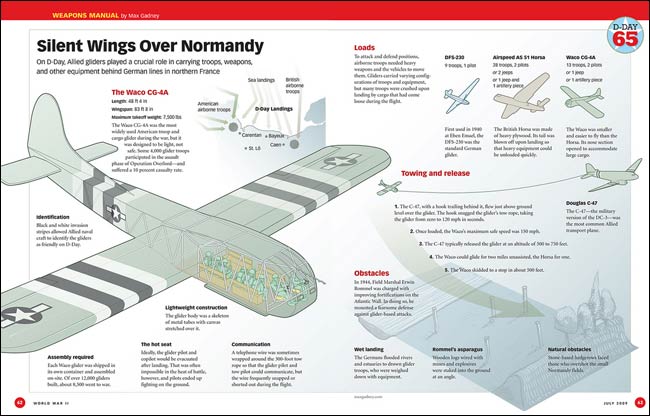 In the Q&A session I asked Max whether he found that knowing he was going to blog about a finished design impacted upon his production process. I was thinking particularly about Robin Hamman's ideas on turning processes into content. Max said that considering what he was going to blog hadn't changed the way that he worked, but that he was in the future planning an uber-blogpost about a graphic which included every single stage and sketch along the way. His argument is that if you are interested in the niche that he is blogging about, then you have to be really interested in it to be interested at all.

I'll be returning to my notes from the London IA mini night in due course, but next week I have plans for a series of blog posts about the history of Africa in the World Cup.

I love infographics! They seem to becoming more popular (maybe it's internet culture.)? Anyways it's good to put a face behind the graph, thanks for the interview!