Yesterday I was posting about a trip I made to the London Canal Museum back in June. It was on a special open day called "Ice Sunday". Usually visitors to the museum can only peer down into the ice well that lies below the building, but on this day, guide Martin Sach was leading groups down into the depths. 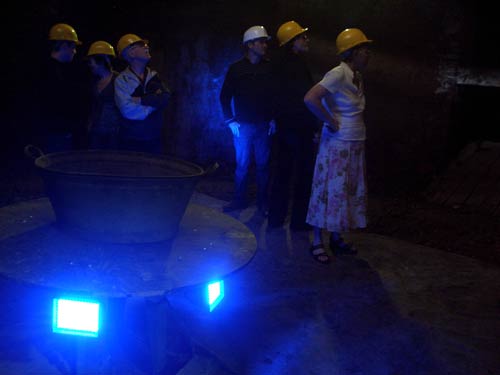 The well is thought to be about 40ft deep. This measurement comes from documents recording that a workman fell 40 ft to his death in an accident, but it isn't clear where the 40 ft was measured from, or how approximate it was.

Much of that forty feet is now apparently filled with spoil and debris that was buried in the period immediately after the Second World War. I'd estimate the amount of the circular well that is currently exposed was about 8-10 feet. 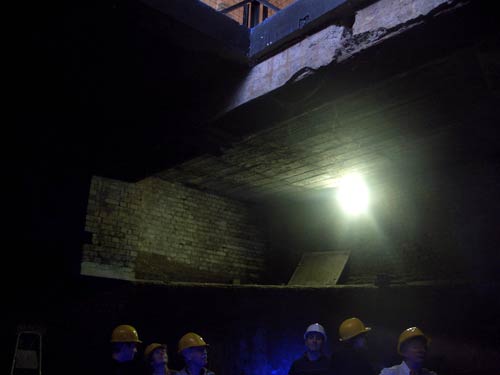 Despite the well being nowhere near its original depth, it seemed that full construction site safety regulations had to be adhered to. 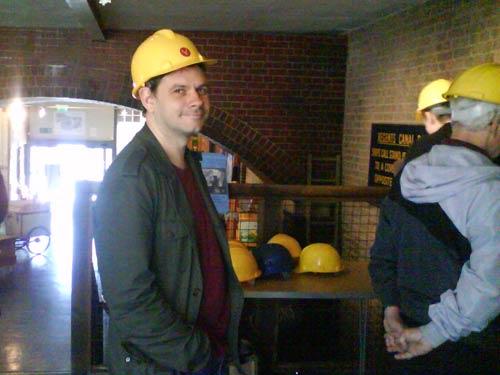 The first well is reached via two steel ladders, and has an open roof up into the museum building. 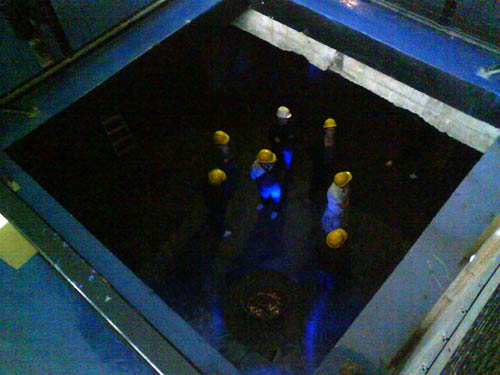 Although not far underground, it was noticeably cooler, and a little damp, with the canal gently leaking into the space. The original design would have had either a pumping mechanism or a drainage system at the bottom to remove any meltwater. Nowadays, a small pump runs for a couple of hours a day to keep the canal out. 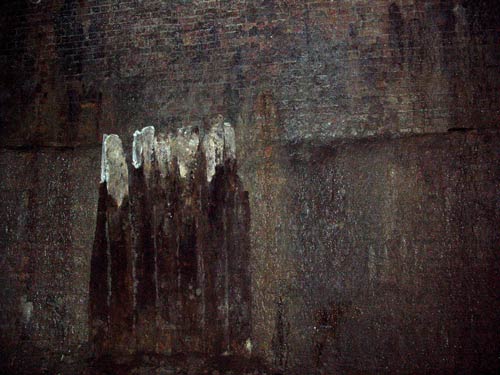 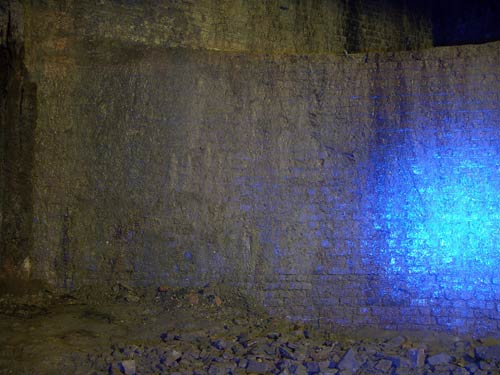 The second well was reached through a narrow opening in the wall of the first. This was completely enclosed by the floor above and only lit by a couple of small lanterns, so had a much more underground feel to it.

The museum in the past have arranged volunteer digs to get further down to the bottom of the original wells, but progress is slow. A week long dig only reached 3 feet further down. Most of the 'relics' found in the ground appeared to be household waste from the 30s, supporting the theory that the well was used to dump material cleared from Blitz bomb sites. 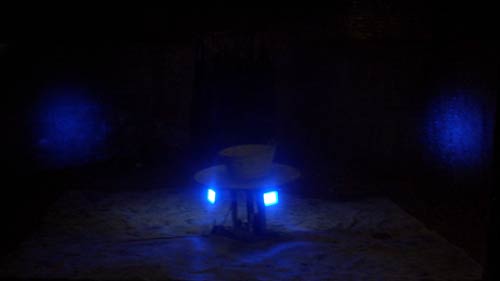 Tomorrow I'll have some more about the Carlo Gatti ice company, including a snippet from The Guardian's digital archive with details of how it was faring in 1906. This was during the final flourish of the trade. In a theme familiar to regular readers of this blog, a whole industry was about to be swept away by technological change.

Those are some great pictures. I have visited the canal museum, but have never got to go down onto the ice. How often do they have tours like this?

I think it is only once a year.

Are you ever concerned that something can happen while your in these areas below the surface? I would feel very trapped no matter how cool it is.

Those are great pictures, any type of "exploration" has always interested me. We are planning a trip to England to visit family and hopefully I'll be able to take in some of the natural treasures!

Love the pictures. Do you know where the canals ran to and who used them?

The canal museum is next to Battlebridge Basin, which is part of the Regent's Canal in London.