I've got a hunch about 'Hunch' people

You can tell we are going through a mini-revolution in search, because people aren't just launching search engines that aren't Google, they are launching things like 'computational engines' and 'decision engines'. The latter, Hunch, only appeared in the last couple of days.

What I really found engaging about it is that as soon as you visit it entices you into playing a game. It is a brilliant way of building up a user profile, and much, much, much more fun than the StumbleUpon approach of ticking some boxes. 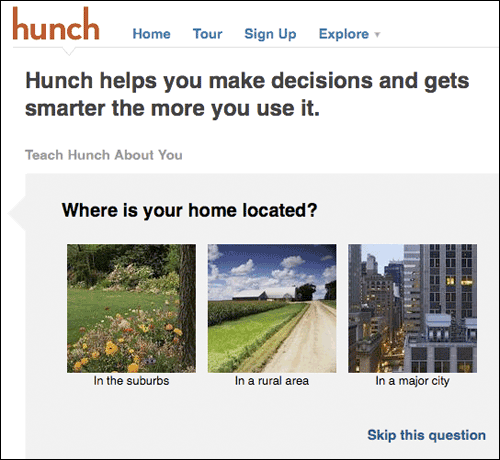 When you answer a question on Hunch, it tells you how in tune you are with the community. Now, seeing as at the moment that community will mostly consist of the kind of alpha search geeks who try out new search engines on the day of release, I thought some of those figures might tell us a little bit about that type of character. Here are the ones that caught my eye... 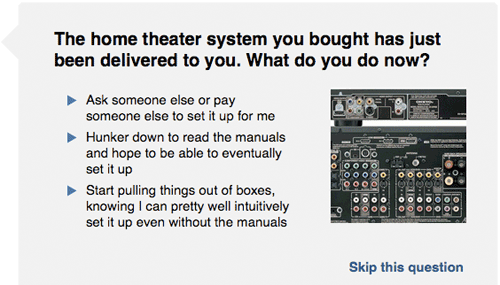 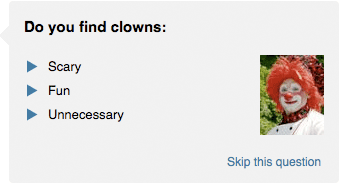 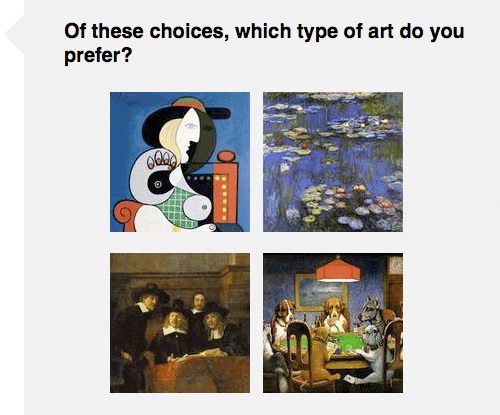 I was surprised to see, given that I'm guessing this demographic is one that has watched the evolution of search engines and seen survival of the fittest leave Google well in control of the field, that 13% of Hunch users appear to believe in 'creationism / intelligent design'.

To be honest, my heart sank a little to even see the question asked. I didn't spot any other occasion where Hunch was asking the user to equate superstition with science, you know like "Where do thunder storms come from: a) Thor b) Zeus c) the result of warm air rising to form cumulus clouds".

Of course, there is one big drawback to this innovative UI approach to search and crowd-sourced decision making - I've spent so long playing the profile building game that I haven't gotten around to using Hunch to make any decisions yet...

I have a problem with the 'do you read the manual?' question. I can set things up without the manual but I never do - in fact if there's a manual available online I've usually read it from cover to cover before actually purchasing the product.

What does that make me? (be nice)