"It's SunTalk Wot Won It"

During the recent election campaign, the BBC's community areas will have been operating under 'special election rules'. Moderation will have been much tighter than usual when people were talking about politics.

Actually, this system has got more relaxed over the years. I remember that one of the most disrupting elements of h2g2 being assimilated by the BBC was during the 2001 election campaign. Then, the community were told that if they wanted to discuss politics, they'd have to leave the friendly comfort of the Guide, and instead face the hostile wild west of the old BBC Great Debate message board.

Yesterday, during the hours that Polling Stations were open, the BBC suspended blog comments entirely. 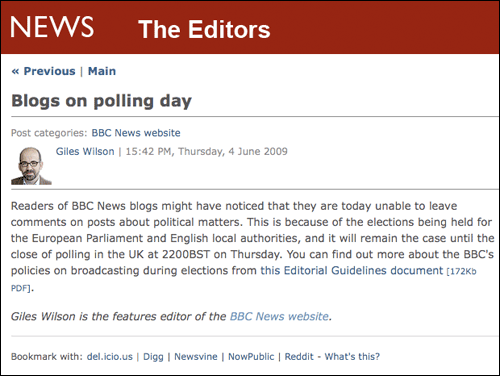 Meanwhile, over on The Sun's website, they were positively boasting that their 'radio station' was the only place that would be talking politics on election day. The Sun can do this because SunTalk is self-regulated by the PCC. 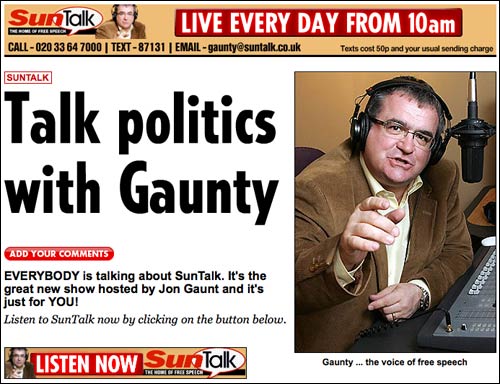 Now, fair play to The Sun. They spotted a USP opportunity and seized it. And, credit where credit is due, on the page that launches the 'station' there is one of the most prominent explanations of the PCC I've seen on a newspaper website. 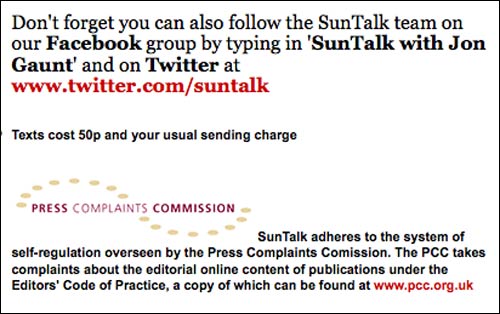 But what does this tell us about our regulatory framework in a converged digital media landscape?

Can it be right that 'a newspaper with a website broadcasting radio' can behave differently on election day from 'a radio station with a website publishing text'? And come the next General Election, will we be talking about how 'It's SunTalk Wot Won It'? 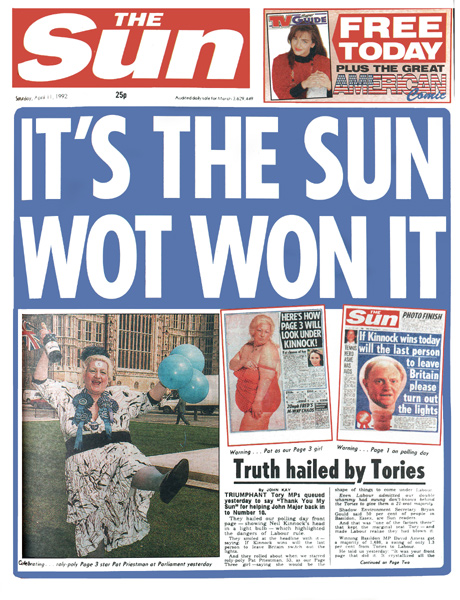 I must stress Ian Burrell made the same point about SunTalk before I did, prior to the BBC comments 'ban' making such a stark contrast.