Last night I went to a fascinating round table panel session put on by MTM London at One Alfred Place with the title 'Do online newspapers have a future in a Digital Britain'. The evening was under Chatham House Rules, which means I need to work a little bit harder on how I'm going to blog about the event itself.

Whilst I'm wrestling with that conundrum, I was struck by something on the way home that seemed to sum up the disruption in our industry's business models. 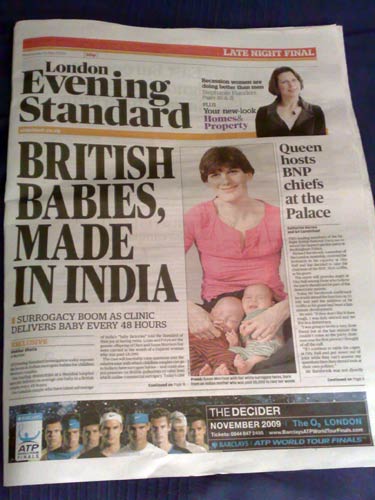 It was the first time that I'd been leaving Central London at 10pm, and I had a free copy of the newly revamped London Evening Standard thrust into my hand.

I can see why it makes sense.

Neither of the other evening London freebies were being distributed at the time, and so of course I took it and read it. It also seems logical from a pure stock inventory point of view. After all, they've already paid for the production of the product - both the journalism and the physical incarnation of it. A late edition Standard from a Wednesday will be worthless as soon as the early editions of Thursday's national daily papers hit London's streets.

Yet I was haunted by the image of obnoxious Ben trying to flog his vintage shoe collection for a quid just to get rid of the damned things on The Apprentice the other week.

Surely the USP of the new London Evening Standard is that it is the one evening paper in the city that is worth paying for? The value to the business in the freebies may be all about keeping circulation numbers up, but how attractive to advertisers are drunken Londoners getting a product with a cover price for nothing instead? Doesn't just giving away unsold stock at the end of the night seem like devaluing the product?

Great point -- I agree. I caught a late train back from Kings Cross a week or so ago and, instead of free, I had to buy my copy for 10p. Which was great for me -- Smiths was closed, no freebie papers around, and I'm starting to love the Standard.

So yeah -- a discount is good, but completely free just cheapens everything. Like the Telegraph has stuck to its "We're the only broadsheet and proud" line, the Standard should stick to being the only quality, paid-for pub in London.