Between the 11th and 17th May, the Newspaper Society has been promoting 'Local Newspaper Week'. To coincide with this, I've been blogging about some of the things I've noticed about my local newspapers since moving into Muswell Hill last October. So far I've looked at advertising, and at some of the issues around local democracy.

The business model of the regional press is under severe strain. Not only is the economic situation affecting display advertising, but the rise of news consumption on the web, and changing consumer habits, have made an impact on the bottom line. Another pressure has come from a new direction - the rise of the local council's own newspaper or magazine.

Recently the Local Government Association concluded that publications from local councils had little impact on the regional press. Cllr Margaret Eaton, chairman of the LGA, said:

"Put simply, effective communications - including council magazines - lead to higher levels of satisfaction with local authorities and help people access local services. A typical council publication is distributed four or six times a year, and does not operate as a rival. The growth of the internet has had a far bigger impact than council newspapers."

I must have lived in some atypical areas of London, as Haringey's magazine comes out 10 times a year, and the Waltham Forest's wfm magazine is now issued fortnightly. 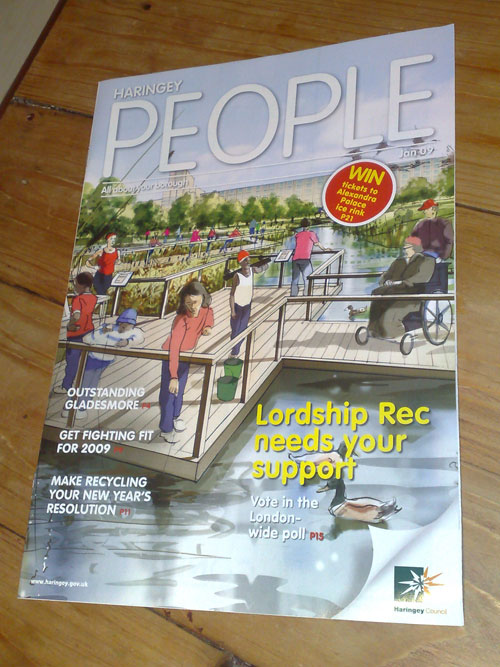 Not only is Haringey's magazine atypical from the view of Margaret Eaton because it is more frequent, it most certainly does compete with the local press since it takes display advertising. 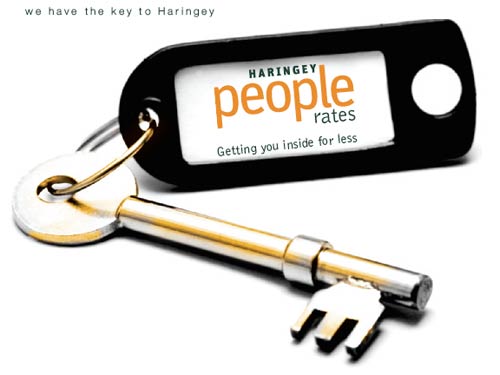 The Muswell Hill Journal and the Ham & High Broadway are more coy with their rates - and these was no PDF rate card to download. A call to the sales team revealed that a full-page in the Ham & High would be roughly £2,000. It looks competitive, but of course, the Ham & High have to prove their circulation, which stands at around 12,000. The council doesn't have to certify circulation.

One study I'd love to see is a real assessment of the genuine readership levels of council magazines. From my experience of delivering political leaflets at election time, I know that there is a world of difference between getting something through someone's letter box, and actually getting it read.

Despite being called 'Haringey People', I find that the publication lacks a bit of the local character that the Journal and the Ham & High have. Clearly, being targeted across the borough, it has a lot of content that is irrelevant to my little corner of it, and it doesn't have the same personality.

One of the features I really like in the Muswell Hill Journal is a regular set of vox pops from local residents. It isn't the most sophisticated opinion gathering in the journalist's tool-box, but what I like is that picturing all of the contributors reflects back the face of the local community within the paper. 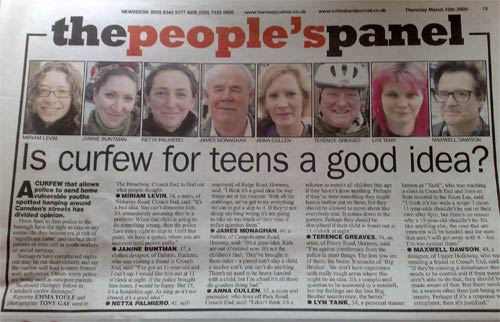 I also really like the 'The Week' guide inside the front page of the Journal. It lists hyper-local community events in a timely fashion that the council's publication just isn't granular enough for. Or regular enough for - yet. 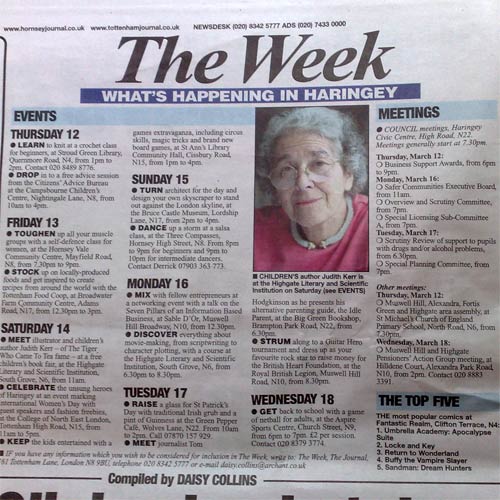 In the next part of this series, I'll be looking at some of the components of my local papers where, it seems to me, the traditional way of operating has a limited future.

Interesting blog, Martin. I'd like to add two points.

Firstly, it's not that the LGA "concluded" that publications from councils had little impact on regional press. Rather it's that our research proved the point; we surveyed 199 councils across England and found that four out of five of them only produce a magazine six or fewer times a year so they don't compete. Neither the Newspaper Society nor the Society of Editors have been able to produce any research to the contrary.

It is always worth remembering, when commenting on local government, that what is your own experience locally or regionally is not necessarily replicated across the country. Here's the research.

My second point is a wider one about why the LGA has been urging councils for more than three years to publish a magazine as part of a long running campaign to encourage local authorities to improve how they communicate with residents.

Two thirds of residents know nothing or next to nothing about local government. This means they have no idea what council services are available, who to complain to if something goes wrong, nor where their council tax is going.

This produces one of the biggest moans about local government -- "where does my council tax go when my council only empties the bins and issues parking tickets?" The reality is that a typical council is actually involved in 800 different activities. Being oblivious to 798 of these services is bad for people who need them, Such as an elderly woman who requires help in her home, a mum looking for something to do with her children in the holidays or a resident with a noisy neighbour.

It's also bad for democracy. Your council tax goes on these services. You should know how it's spent and that the services you use or need are provided by a political institution which you can influence through the ballot box. If you know what we do and don't like it, you can vote us out.

Here's the research that shows why producing a magazine, along with other communciations, works.

Interesting points Edward. I think the difficulty many councils have is that their magazines seem to go too far in either talking up everything as being wonderful or in pushing the members of one political party.

For example, in Haringey there are two MPs - one Labour, one Liberal Democrat (David Lammy and Lynne Featherstone). A majority of the borough actually falls into the Liberal Democrat one's constituency. However, mentions of David Lammy repeatedly far, far outnumber mentions of Lynne Featherstone. When you add in that it's David Lammy's party that runs the council, that gives a very bad impression of how editorial decisions are being made.

Edward, the LGA questionnaire proves nothing of the sort. It's fairly self-evident that where a council doesn't publish a newspaper, its non-existence won't harm existing titles. Averaging out figures over the country only serves to mask what's happening.
To begin with you only had replies from half of councils; these were self-selecting and you don't indicate if the sample was in anyway representative. But let's assume for now it was.
Of the London councils that take paid advertising, the average revenue was £169,000 a year.
60% of London councils said local commercial titles had closed or struggled in the last year and 75% said it was a result of decline in advertising revenue.
An average decline of £169k a year perhaps?
Councils have produced informative magazines for years without complaints from the media - the problem now is that an increasing number are doing more than that and using taxpayers cash - an average of £43k a year, on the LGA's figures - to compete with commercial titles.
And why are they doing this? Because of "quality" and "coverage" - another way of saying because they don't like what they print.

"picturing all of the contributors reflects back the face of the local community within the paper."

Are there no black people or Orthodox Jewish in Muswell Hill? I'm not sure that local newspapers are that good at reflecting the local community - just segments of it.

Are there no black people or Orthodox Jewish in Muswell Hill?

I've almost certainly done the Journal a diservice by having that particular 'all white' edition around the house to photograph. The feature is normally more ethnically mixed than that.

There is a follow-up to this post here: Council newspapers in London, and Edward Welsh has continued the debate with some thoughtful the comments on that post.