On Thursday I went to Dingwalls in Camden to see Idlewild play two of their albums in full, as part of a three night residency they were doing there. 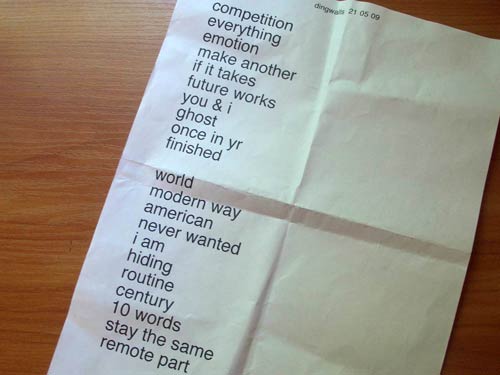 We were standing behind the sound desk, and it was interesting to see a real contrast in the technology on display. The mixing desk incorporated a touch-screen control panel, and looked worth a fortune. However, the poem by Edwin Morgan that closes one of my favourite tracks, 'The Remote Part / Scottish Fiction', was played in off an iPod Mini. 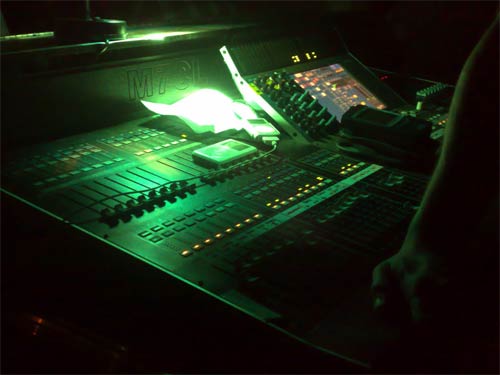 It struck me that when they first toured with 'The Remote Part' album, the iPod Mini was still two years away, so they must have used a different solution. I got to ask the sound engineer about it at the end, and he said on that tour he used to have to cue it in from a CD. [1] 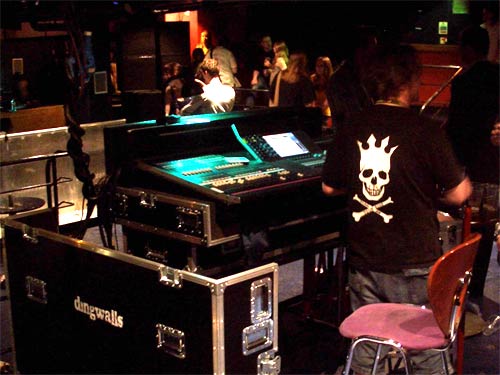 I thought it was an interesting example of how, even amongst the hi-tech professional sound gear needed to put on what was a fantastic gig, even lower-end consumer electronics are pretty much "good enough" nowadays.

[1] Back in the early 90s when I was gigging myself, I remember carefully putting together tape loops on the special cassettes manufactured for ansaphone machines. It took ages to pitch them just right so that they would last the exact recording duration (7 seconds, 15 seconds or 30 seconds) of the tapes I had. It would all, of course, be done in a fraction of the time on my laptop now. [1]