At the end of March I found myself at Alexandra Palace on a Saturday morning for the London Festival of Railway Modelling. Although I've never had anything more sophisticated than a Lego train set myself, it is clearly exactly the kind of geeky hobby I would have been into if ZX Spectrums and Doctor Who hadn't existed in my formative years. 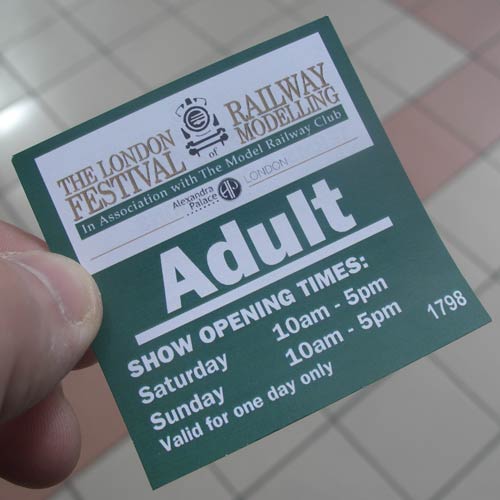 I found it to be a little different from the London Model Engineering Exhibition that I attended in the same venue back in January. The emphasis this time seemed to be less on selling trade and manufacturing tools, and more on "showing off" track layouts. I noted a few things about design and technology on the day. 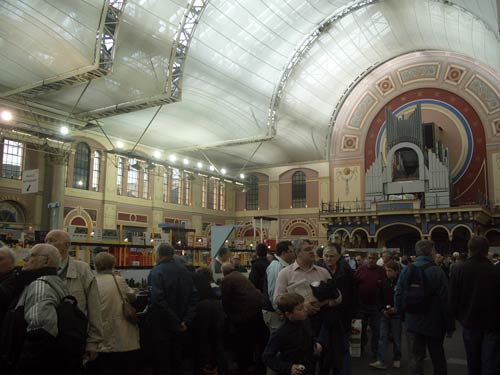 One aspect was the various graphic design influences on display. Naturally, a lot of stalls took their cue from railway imagery of the past. The Binns Road track layout, for example, used an old railway sign design as their calling card. 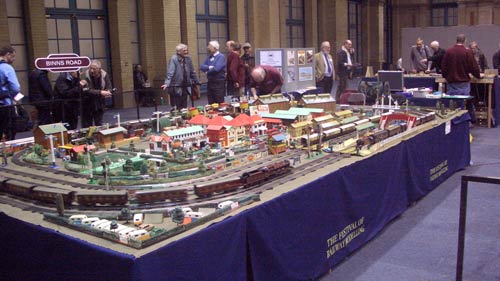 I really liked the imagery from the Model Railway Club, who had a very striking graphic logo. 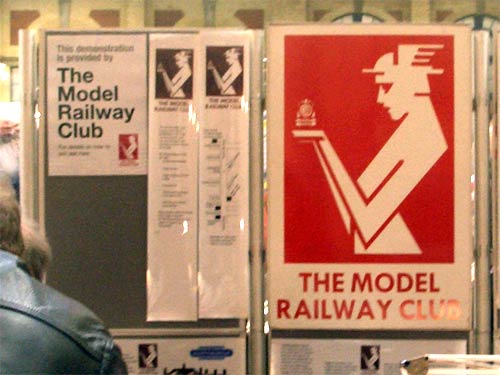 I also enjoyed the Model Electronic Railway Group stand, who, in promoting their 'new' electronic ways to control model trains, were using a font that said anything but cutting edge electronics. 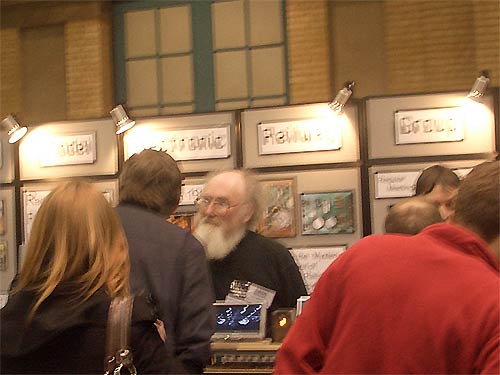 It made me wistfully think of the Microtote desks at the now defunct Walthamstow Greyhound Stadium. 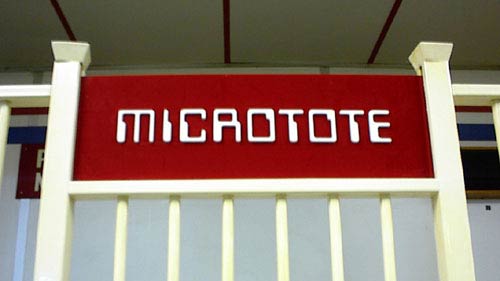 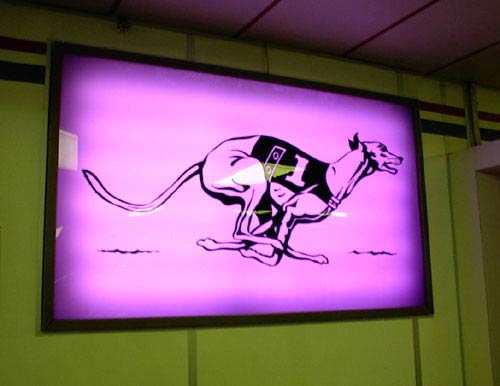 Accuracy is of great importance in scale model making, and one of the things that the Historical German Railway Group or Alte Zeit Gruppe advertised was that they sold computerised versions of the correct fonts to be used on models of German trains and stations. 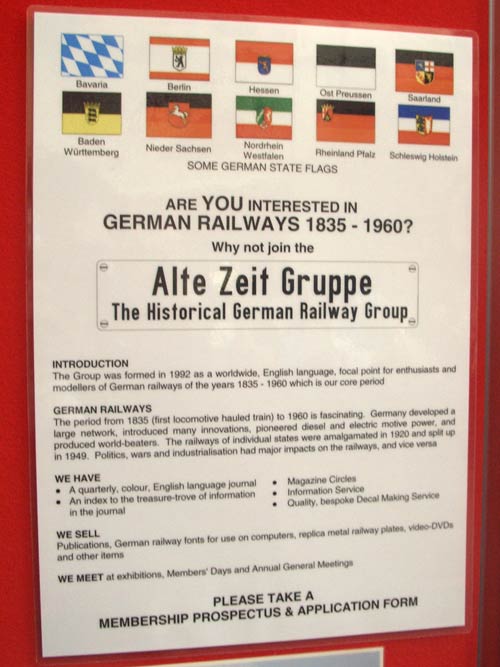 Talking of German trains, you'd probably think of making model train layouts as a curiously insular eccentric British hobby - however there was an international flavour at Alexandra Palace. Although, as far as I could tell, all the exhibitors themselves were British, on display were model track layouts depicting Germany, Sweden, the USA, France and Slovakia. 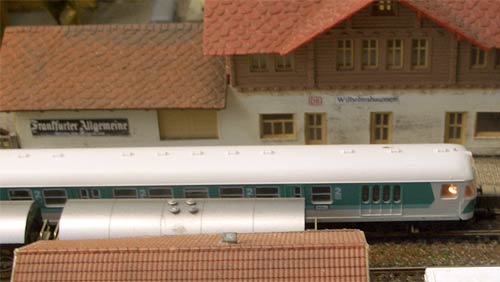 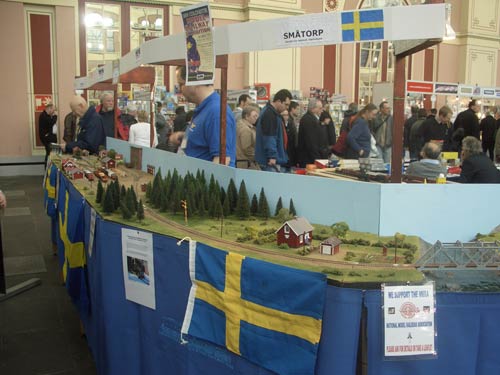 One thing that always surprises me at these kind of events is the very low profile that models of the London Underground have. I only spotted two stalls with any kind of Tube related kit. 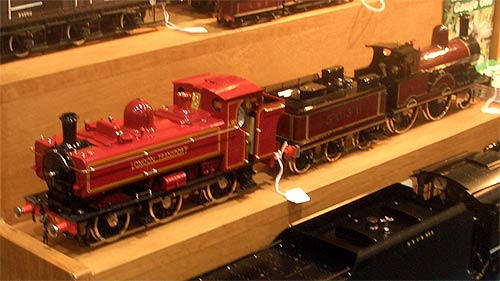 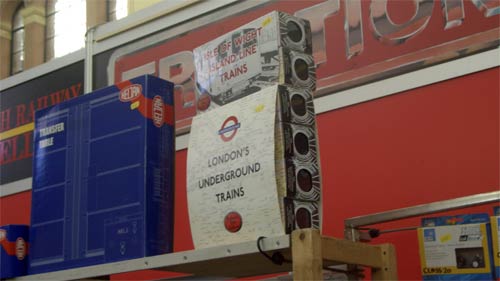 If you regularly read this blog, you'll know it is mostly about the impact of digital technology on the media. [1]

Another interest for me at the model railway show were a couple of stalls about the impact of digital technology on the scale model world. The Hornby stand was promoting their digital track control system. 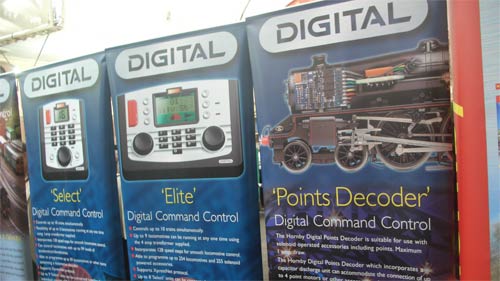 One stall appealed to the information retrieval and library geek in me. The International Railway Index is a Microsoft Access driven database put together by Gerald Wildish which has an astonishingly detailed index of railway enthusiast magazine articles.

Available as a DVD-Rom, it made a very modern contrast with the stalls dedicated to selling little packets containing a couple of tiny plastic bee-keepers and their bee-hives for you set alongside your track layout. 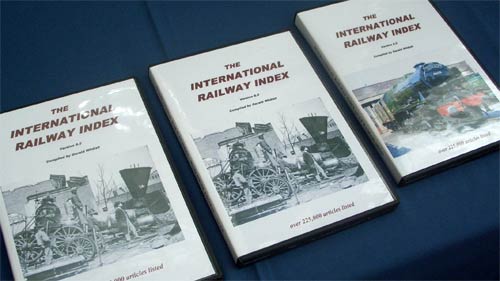 [1] Yes, yes, and random bits of local history and ghost walks and Doctor Who. I should probably just have an over-riding "geeky" category as well, eh? [Return to article]

Really nice pics of the show, Thanks.