6 other things newspapers could stop doing for a day to prove their "unique" value...

In a great bit of linkbait, Cale Cowan suggested at the weekend that:

"All newspapers in the world need to shut down their websites, if just for a day, to demonstrate that it is the fourth estate that actually provides 90% of the news on the Internet."

There are a couple of small problems when you look at the details of the proposal. Firstly, there are these small things you may have heard of called radio and television stations, which have reporters and correspondents working for them. And secondly, if News International and DMGT can't agree a truce in the freesheet bloodbath in London, then what hope a worldwide industry agreement?

Still, it got me thinking - what other things could newspapers all stop doing for the day to demonstrate how unique and vital all their services are...

Stop classified adverts for a day. This would show small businesses and the public where they get the most bang for their classified advertising buck. I mean, obviously people might migrate to faddish services like eBay and Craigslist and Freecycle or buy a copy of Loot, but a day without classified ads would soon wake the world up to the perils of losing their printed newspaper. 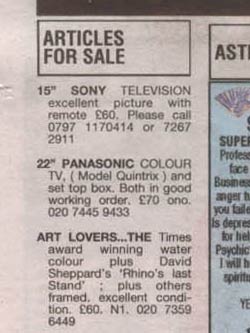 Stop personal notices. Without the ability to say happy birthday in print, or inform other people of impending births and nuptials, the fabric of society would surely unpick itself. After all, Facebook, MySpace, Twitter and so on might give a semblance of communicating directly with the people you care about rather than "the people who happened to pick up the edition of the newspaper you paid to advertise in", but what about old people who don't have the Internet eh? How will they be kept in the loop? 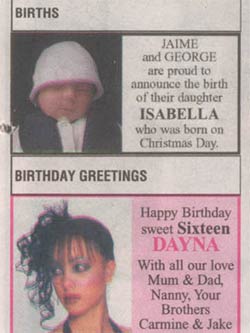 Stop printing TV listings. A world without newspaper print TV listings would be a world where nobody would know what was on the telly that evening - or where they could go to find it out. Apart from picking up a Radio Times or a TV Quick magazine or using the EPG on their digital television or browsing a TV listings guide specifically made for the iPhone, people would be completely stumped. 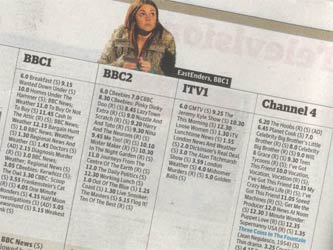 Stop covering politics. This could give the political classes the jolt they need to sit up and realise that without a massive banking industry sized bail-out, their favourite mouthpiece is about to go to the wall. Hmm, actually, this might not be a bad idea at all... 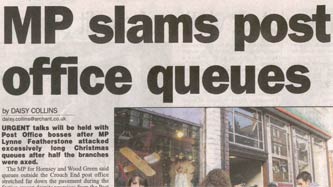 Stop taking adverts from massage parlours and escort services. Just imagine - the same papers that complain about brothels in our midst, perverts on every street corner and the sex trafficking of immigrant women, could actually take a moral stand on profiting from the sex industry.

Stop the presses for a day. Newspapers could decide to all not produce a printed edition on a normal weekday, and then use all of the money they saved on materials and distribution to invest in technology, innovation, and keep on some of the journalists and sub-editors they are currently sacking.

Dutch newspaper nrc.next stopped printing the tv listings (and the Sudoku) in the first week of 2009 due to budget restrictions. The paper has a target audience of young people, so the editors thought they could refer people to the website. A storm of complaints came in, most people threatened to cancel their subscription, pointing out that they had cancelled their tv guide because the newspaper provided the listings. The tv listings were back the next week, with apologies from the editor.

That's an interesting example Martijn, thanks. I rather think the industry has gone past the point of worrying about a few complaints though. With something like the TV listings I'd want to know the hard bottom line. Did sales actually drop, and if so by how much? Were people threatening to cancel subscriptions actually going to cancel over this issue? Did a drop in sales cost money, or was that off-set medium term by being able to print two less pages in the paper and stop paying fees to licence the content? Those are the kind of hard economic choices I think papers should be making now if they want to survive.

Yes, there are radio and television stations - but a vast amount of their content and agenda originates from the printed press.

It also doesn't say much for the virility of digital media if the most compelling defence is that it steals content from broadcast and not just print.

The internet does lots of things well, many of them much better than print but it is nonsense to suggest it isn't part of a wider media ecology. And some things - browsing tv listings is one - still work better on dead trees.

I think you've hit on something with the Personal Notices, but it may be peculiarly British. Doubtless Dutch papers would be deluged with complaints if they allowed "fond" parents and grandparents to illustrate 18th and 21st birthday notices with amusing pictures of the people concerned when they were tots. And yet how we all look forward to that moment ...

It turned out that Cale Cowan didn't find this very funny.