The public eye has been on China's human rights record as the Olympic Games approach, with some people calling for a boycott of the games over political issues. It seems that almost everywhere the Games have been held over the last 112 years, there has always been an element of politics, protest and dissent. I've been writing a series of posts looking at that history, starting with the inaugural modern Olympics in Athens in 1896, and an overview of events at the Olympics between 1900 and 1912.

The 6th scheduled Olympics were to be held in 1916, but the outbreak of World War I intervened. Ironically, the venue selected had been Berlin, capital of one of the main forces involved in the war. Instead, in the aftermath of the global conflict, Antwerp held the next games in 1920.

Budapest had originally been due to host the 1920 event, but in early 1919 the venue was switched to Antwerp. As part of the losing Austro-Hungarian side, Budapest was no longer a suitable host. Instead, the fact that Belgium had suffered so badly during the conflict was given as a reason for hosting the games there. As well as the host nation, the invitation list was most definitely picked with the First World War Allies in mind - Germany, Austria, Hungary and Turkey were not welcome. 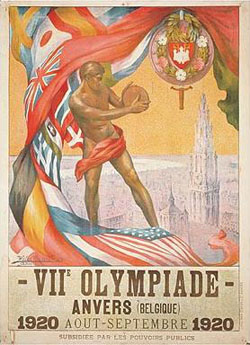 In 1924 Paris became the first repeat host of an official Olympiad, as the 1906 Intercalated Games in Athens have subsequently been downgraded by the IOC to an unofficial celebration. Turkey were re-admitted, with the 1923 Treaty of Lausanne finally concluding hostilities that still could be considered to have arisen from the First World War. The Germans, though, were still in Olympic exile.

1924 was the first time that the Republic of Ireland appeared as an independent nation, rather than as an adjunct to the mainland British contingent. Never again would an Irish athlete like Peter O'Connor have to clamber up a flag-pole to wave an Irish flag alongside the Union flag at a medal ceremony, as he did at the 1906 Athens event. 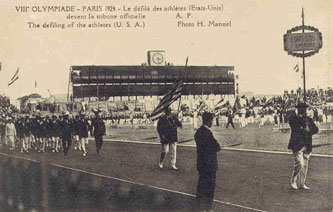 The selection of Amsterdam as Olympic host was a result of a deal that saw Amsterdam awarded the games in '28 provided Paris hosted in '24. American officials tried to get the games re-assigned to Los Angeles during the course of the twenties, but it was to be 1932 before the USA got a chance to stage the Games again. 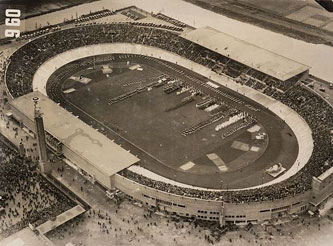 Amsterdam was the first time that the opening ceremony featured Greece leading the athlete's parade, with the host nation entering last. It was also the first time that women were allowed to compete in gymnastics and athletics. The 'modesty' of the women's athletic and gymnastic uniforms was an issue. 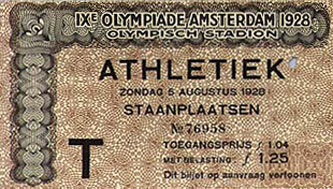 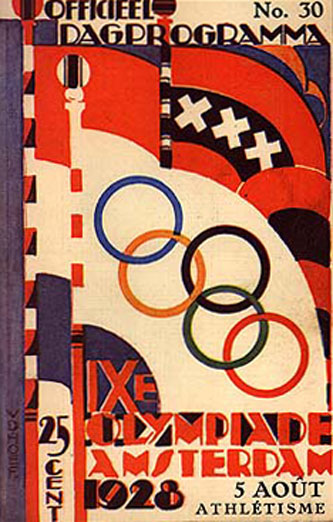 The Los Angeles games in 1932 were only the second time the event had left European shores. Just like the first time, being outside of Europe significantly depleted the number of athletes taking part. Travel was expensive, and the world economy was in the grip of a down-turn. The US President Herbert Hoover declined to attend the games - he was no doubt rather busy with Great Depression politics.

The harsh economic climate literally reduced the numbers of the Brazilian Olympic contingent. When they arrived in the U.S., they only had enough money to pay the entry head tax of $1 for 24 of their 60-odd strong team. The rest stayed on board their boat.

In 1936 the world saw one of the most heavily politicised Olympic Games, those staged by the Nazis in Berlin.

Good to see old collection of photos and history on your blog , Good general knowledge collection