The Halifax - always giving you a little extra aggravation

Now, without wanting to start sounding like a grumpy old man, or indeed like Roshan Doug in the Birmingham Post, I have to indulge myself with a rant about some recent poor customer service from the Halifax.

We wanted to open a new savings account for my wife, and, having taken advice from the boys at t'Fool, we opted for the Halifax. I applied to open the account online, with the expectation of dropping a cheque into a branch next time we passed by one. The online operation went reasonably well, and my wife received a confirmation email, saying the details would be put in the post. 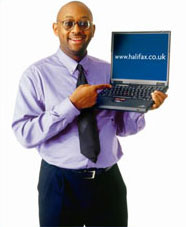 What we actually got in the post was a letter saying that the address where all our UK bank accounts are based "couldn't be verified". To start with there is a certain irony that they informed us of this by posting something to the address they couldn't verify, rather than emailing to the online address that they already knew worked.

The letter said that to proceed with opening the account, my wife had to go to a branch with some ID and proof of address. Fair enough. So she went to a branch with a clutch of documents and the letter from the Halifax, queued up for a half-an-hour to see a cashier, only to be told that they couldn't do this transaction on their system, and that instead she had to queue up to be seen at the reception desk. 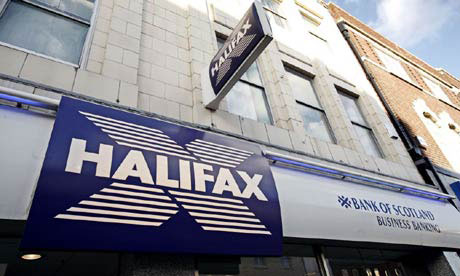 So, she then queued for another half an hour in order to see someone. They took one look at the letter, and then said because there was no reference number on it, they couldn't do anything with it either. She did offer to phone someone up and put my wife on the phone to them to sort it out, but said that she couldn't help, as she didn't have time, because there were so many people queuing.

Needless to say, after a half hour wait to see someone, to be told that because there was a half hour wait, the Halifax didn't have time to help her, didn't go down very well. She gave up for the day, having wasted an hour after simply following the instructions that the Halifax had given us in the letter.

We returned to the same branch the next day, and were seen by a different member of staff. She said that without the reference number on the letter, she could not continue to process that application, so we could just start opening the account from scratch instead. Quite why they hadn't been able to suggest this the previous day escapes me. 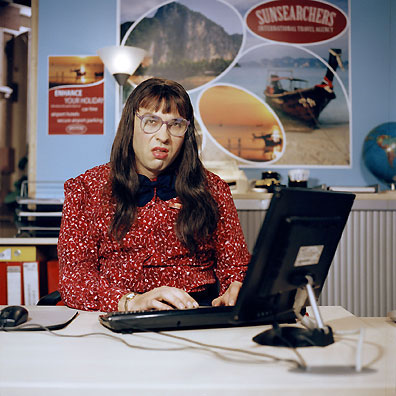 As my wife pointed out, you wouldn't mind so much if you were an existing customer, but this is the way they treated someone wanting to be a brand new customer, trying to give them money. I really wish we'd had time to sort out opening an account with a different bank instead, but having already invested a couple of hours in the process, I just wanted to get it sorted out.

I think it would be fair to say I'd score them quite low on a Net Promoter test.

I had a similar experience opening an account with my girlfriend at NatWest.

The frustration of trying to explain to them that they were making it difficult for us to *give them money* finally took its toll and we walked away.

Your comments about the Halifax are so true.
I have been with them for 20 years and the 3 times I have needed help or assistance have been worse than bad. Have a look at my latest adventures with the case of the vanishing cheque at www.line123.co.uk. This really was the last straw for me.

Lets hope a lot of people have paid attention to your message.
I have tried my bit with www.halifax.gb.net and www.line123.com to let people know what to expect ! Halifax.gb have not helped themselves at all in the good years !