With the climax of the Euro 2008 Group phase rapidly reaching its end, I thought it might be an idea to look again at Zattoo, the streaming TV service that gathers together all of Britain's terrestrial channels into one broadband player. 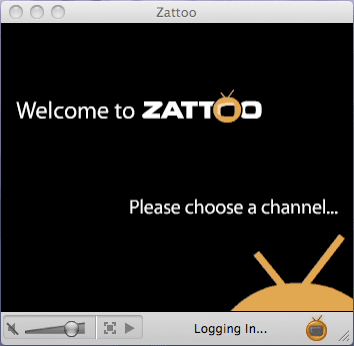 What intrigues me about the service is the potential clash between sports rights holders, broadcasters and Zattoo. A month or so ago I used the example of the UEFA Cup Final, where Zattoo's streaming of ITV1 was, to my mind, breaking the exclusivity of the broadband streaming deal that ITV had signed with UEFA. 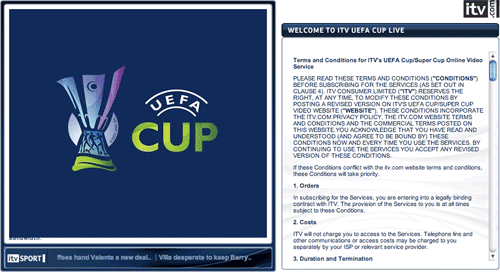 After my article I got a very lengthy and thoughtful response from Alexandra Illes, who is Zattoo's country manager for the UK and Ireland. I asked if it was OK to reproduce some of the email on currybetdotnet, and I'm pleased to say that Alexandra agreed. My original article suggested that it was 'all going to end in tears', and Alexandra wanted to know who I thought would be crying. She stressed that Zattoo provides clear advantages to viewers, broadcasters, and sports federations:

"Zattoo offers users a great new platform for watching live tv. I think the best advocate for consumer's appreciation of our service is the rapid growth of Zattoo´s user base within a short period of time.

Zattoo provides broadcasters extra reach on-line without any streaming cost. Any additional revenues they generate form that extra reach from their advertisers remains with the broadcasters.

It should not make a difference to a [sports] federation whether a broadcaster´s programme is followed via a TV screen or a PC screen within the same territory, as long as it is the entire channel that is being re-transmitted. The streaming of individual matches over the Internet, possibly to season ticket holders etc., would clearly be a different type of consumption. When watching a match on his PC screen the user is closer to the "Official Homepage of the sports federation" and is more likely to visit that Website as well, get background info, purchase a ticket for the next match"

Alexandra also pointed out again, as does the Zattoo FAQ, that they have done their due diligence - or 'homework' as she put it - and that they are certain that they are acting within the terms of Section 73 of the UK Copyright Act. And who am I to argue with their legal team?

However, I still see the big risk to Zattoo being the undefined nature of their relationship with the broadcasters and sports federations whose 'content' they are re-streaming. Television content rights holders are not always the most technically savvy about how the Internet works - and they are quick to react to what they see as potential threats to their content being re-distributed.

My concern would be that if someone scrapes the BBC's streaming coverage of Euro 2008, and then re-broadcasts it in the U.S., UEFA have legal recourse with the BBC directly. If someone scrapes the Zattoo stream of the BBC One stream of Euro 2008, and re-broadcasts it to the U.S. over the Internet, then I am unclear where the enforceable legal responsibility lies. Would that leave the BBC technically in breach of contract for not enforcing the geo-IP restrictions they agreed with UEFA, even though it is Zattoo's security that has been breached?

According to Alexandra, the Zattoo team features people who have a long history of dealing with rights holders like FIFA and UEFA, so they feel confident they have all bases covered.

There was one point on which I definitely wholeheartedly agree with her:

"Launching a technical innovation that is clearly in the interest of consumers and provides an opportunity for better content delivery for content rights owners appears to take a lot longer than necessary."

I've written recently about the regulatory problems with the media market in the UK, and Zattoo is yet another example of where legislation, in this case the Copyright Act, is having to be applied to a medium it was not designed for, because technology is moving at a faster pace than Britain's politicians. The iPlayer is another example where red tape (as well as some misguided management) delayed unnecessarily what turned out to be an incredibly popular consumer facing service, and the rights-holder led insistence on DRM still makes the download option an unpleasant user experience. 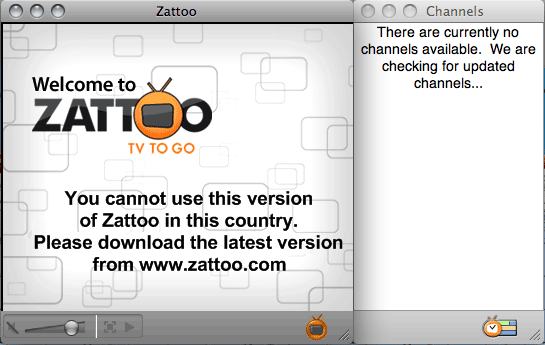 I suspect I might have it open in the corner of my monitor when I'm back in the UK in a couple of weeks time however...

[1] Well, I still believe that I could use Zattoo (and iPlayer etc) if I actually had broadband in my Greek house, and therefore the long term incentive to set-up the necessary tunnel, proxy and international smoke'n'mirrors arrangement I'd need. [Return to article]

I don't see much of an issue, the channels are FTA and locked to ones country (location).
It is however possible to use a proxy, i have tried a UK one and was able to watch BBC's and ITV. This was just for fun, cause here in Denmark i pick them up with 1.5m satellite dish.
Its sad really to see many of the good streaming services taken down. Copyrights are too strict sometimes.