This is the last of a series of articles looking at the official information made available on the web by the eight host cities that make up the venues for Euro 2008. So far I've written about Salzburg, Klagenfurt, Innsbruck and Wien in Austria, and Bern, Zürich and Genève in Switzerland.

The tournament is now only two days away, and will open with a match between Switzerland and the Czech Republic in the eighth city staging games - Basel.

Basel - or Basel/Basle/Barrrrrrl as The Guardian's Fiver always refers to it - is the main venue in Switzerland. It will host three group matches featuring Switzerland, two quarter-finals, and one semi-final. The official site for hosting the event in the city can be found at www.euro08.basel.ch 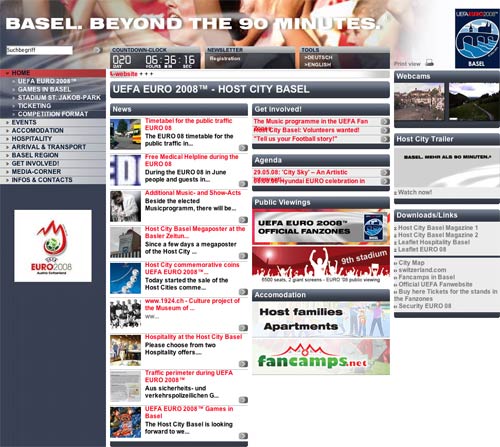 The site features plenty of downloadable PDF brochures about the city, and lots and lots of information about where to go and where to stay. One feature of Basel is that it does not have large open spaces, and so the 'Fan Zone' concept has been split into two distinct areas within the town - Kasernenareal in Kleinbasel, and Münsterplatz in Grossbasel.

The site also offers a range of Euro 2008 merchandise, so if you've ever fancied a commemorative coin set covering the four cities hosting the tournament in Switzerland, now you know where to get one. 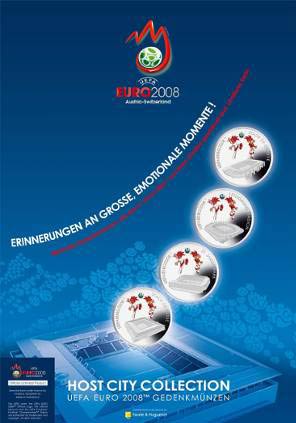 The city's municipal site also has plenty of useful Euro 2008 content for the visitor, including some 3D previews of the city that awaits them. 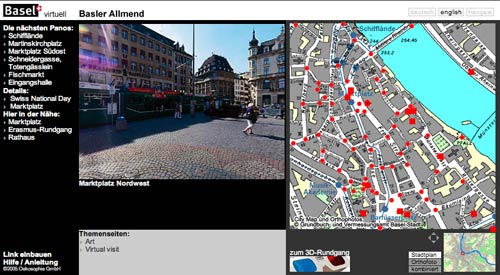 There are also webcams, maps to the city, and the information is available in English, German and French. 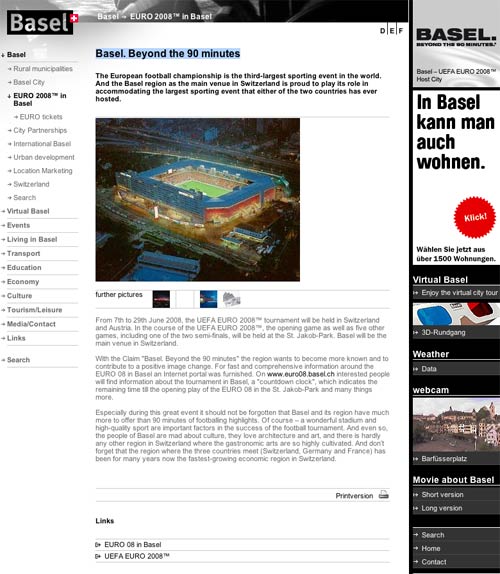 The St Jakob Park stadium also has its own site, where visitors can book tours behind the scenes of the stadium, and again there is a virtual 3D version to give you a feel of what to expect. 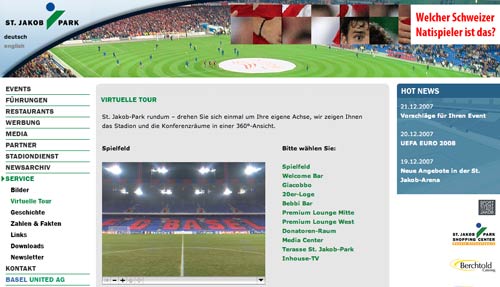 I'm not aware of whether any of the host cities for Euro 96 in England even had websites dedicated to the organisation of the tournament, and certainly when I visited the Netherlands and Belgium for Euro 2000, most of my travel research was done using the brochures that UEFA sent to me alongside my tickets. Fast forward eight years, and I wouldn't even contemplate going to football in a foreign country without already having armed myself with transport and city maps downloaded from the net.

It looks like the majority of fans arriving in Austria and Switzerland over the next few days have been well catered for on the Internet. Klagenfurt and Genève were the only two cities where I felt there wasn't a great deal of information. The other six seem to have done a really good job of providing a variety of content, tools and downloads in a mix of languages to help the influx of fans they expect over the next three weeks.

When the tournament gets underway, I'll be surveying the websites belonging to the Football Associations of the 16 countries competing in Euro 2008.

Thanks for the prelude!
Checked out the virtual 3D version of Basel stadium and its quite impressive.
Im really looking forward to this Euro2008.
Its hard to say who will win but ive made this crazy bet and put money on Russia, which would be a surprice, well lets see.