Yesterday TorrentFreak published an end of year round-up of Top 10 Most Pirated Movies and TV Shows of 2007. Nestling in amongst the usual suspect at #2 in the TV chart was the BBC's Top Gear.

The figures themselves were only from one source - Mininova - so are not comprehensive, but it is an astonishing reversal of the usual flow of pirated TVs and movies that we have come to expect on P2P networks.

Generally, it seems, the rest of the world, including the UK, queues up to download prime U.S. made TV shows before the relevant rights window is open to allow them to be shown overseas. That way people can get their fix of Heroes or Lost without waiting for the tedium of it being shown week-by-week in their territory, or of importing a DVD box-set.

Top Gear, on the other hand, is something being exported out of the UK. 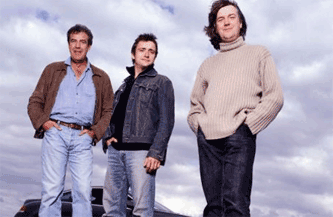 To me it illustrates once again that the BBC is losing potential revenue hand-over-fist whilst it is unable to sell downloads outside of the UK. Of course the rights situation is complicated - just look at the iPlayer situation within the UK - but there is clearly a demand here.

I would have happily paid €5-€8 to download "Voyage Of The Damned" over the holiday period. Instead of which, being both bandwidth compromised and unable to get it legally, I paid €3 to sit in an internet cafe whilst it downloaded onto my laptop via UK Nova. 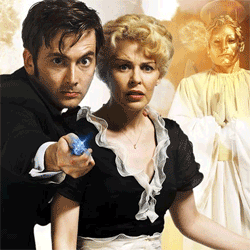 I always thought that when "Rose" was leaked onto the internet it was a watershed moment for the BBC. You could almost feel the 'new media' people within the Corporation turning round to their television colleagues down the road and crying out "Told you so!".

Maybe this will be another such moment. Only available via iPlayer in the UK to download or stream provided it has been broadcast in the last 7 days, the most popular episode of Top Gear has nevertheless been downloaded on one of the leading BitTorrent sites more times than Battlestar Galactica, Prison Break, Dexter and Desperate Housewives.

Read other recent posts about: BBC, Doctor Who, Television, iPlayer

Surely Martin, after a couple of months of paid-for downloads, a cost-benefit analysis of a 350cm satellite dish may be in order?

BTW - Stuck with 56k dial-up at the moment in Ireland (on-going battle with Eircom as to which exchange I'm in)- so I have nothing but admiration for your prolific efforts!