What with the Euro2008 qualification outcome, it is maybe not the best week to be writing about English or Scottish football, but in the process of compiling my lists of the most popular BBC RSS feeds and podcasts in Google Reader, I noticed subscriptions for lots and lots of England and Scotland's football teams. The BBC provides an RSS news feeed for all of the teams in the 4 divisions of each league, including Welsh interlopers Cardiff, Swansea and Wrexham, as well as for those in England's top tier of non-league football.

My mild curiosity as to which teams were the most popular turned into rabid enthusiasm to publish this data as a league table once I noticed where my Leeds United were placed. Our audacious bid to drop two divisions in order to win the coveted Johnstone's Paint Trophy may have failed - but at least our support has held up. Leeds United are the only team outside the top flights of England and Scotland to make the top ten in the list.

Of course, there are all sorts of reasons why Google Reader subscriptions are a rubbish measure of popularity - but since they are equally rubbish for all teams, it is a relatively level playing field for the 158 teams who have a news feed available from the BBC. Well, more level than Yeovil's used to be, anyway. 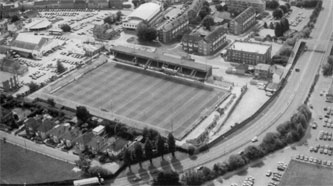 So purely for bragging rights, you can find out which teams have more BBC Sport RSS subscribers in Google Reader. Who has the tech-savvier fanbase? Wednesday or United? Hearts or Hibs? City or Rovers? The Tractor Boys or The Canaries?

A couple of points of note.

I wonder if Ebbsfleet United will start picking up more subscribers now that they are in the process of being taken over by MyFootballClub? And in the course of the research I found out that the Footymad.net Grimsby Town site has the genius name of "Three Fish On A Shirt" - that made me laugh out loud.

Also, any budding Statto-types out there who have spotted that the numbers might be slightly different for some of the major teams from the ones I published on Wednesday, this is because for this table I have combined the numbers for the UK and International editions for each team where appropriate, rather than treating them as different feeds. That is how Manchester United have climbed above Arsenal.

And I promise, absolutely promise, that I am not going to publish any more bloody lists of stuff on currybetdotnet.

Well, not until the new year at the earliest.