A couple of people have expressed surprise to me that I have not yet commented on the great Blue Peter online voting catflap (I refuse to use the term 'Socksgate') since the BBC and Voting are two of the regular topics on this site.

Full disclosure up front by the way - I used to be a Senior Development Producer in the BBC's New Media department (as was), was responsible for voting applications, and I'm currently doing some work as a contractor at the BBC, also to do with voting.

Mostly my eye has been caught by the fact that the mainstream press has pretty much run with one of two lines. 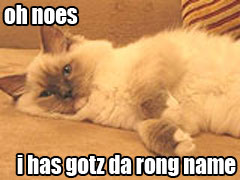 A comment on Eyedropper's blog by Paul Condon about the issue alerted me to a different view expressed by a 'Blue Peter insider' on the Media Guardian site, and one that has been mostly ignored in the rest of the media:

"Richard Marson was advised that the vote was unfounded. There was some late surge for the name that was in second place. A group of people decided to [vote] on a multiple basis, clearly there was something fishy about it," the Blue Peter insider told MediaGuardian.co.uk.

"He decided to go with the name that was leading [before the late surge of votes]. He decided that not on his own initiative but because he was alerted to it by technical people."

Cookie, the name that eventually won the viewers' poll, was for most of the vote was in second place behind Socks, until the late surge, the source said.

That doesn't in any way excuse what happened on the programme, but it certainly makes more sense than thinking that the producer ignored the result 'on a whim'.

Some questions remain. Why, for example, if the production had decided that the name was too 'offensive', didn't they take it out of the running.

Well, that option probably wasn't technically available to the team. From experience I would suspect that the application they were using didn't support changing the number of options after a vote had started running.

(In fact, in the back of my mind I dimly seem to recall 3 or 4 years ago - prior to the recent 'trust' audit done by the BBC anyway - some terrible fiasco over a 'Battle Of The Bands' vote. Every day the producer kept removing the band with the least amount of votes, so that their option was no longer presented to the user. However, they couldn't understand why the displayed percentage of votes for the bands that remained didn't then add up to 100% anymore)

The main editorial fault, to me, is not to have come clean on air and say that the Blue Peter team felt the vote had been rigged, and therefore that they picked the second choice name. That was the option taken when Radio Five Live's Veterans Award vote was hijacked by Oldham Athletic fans. Embarrassing for the station and for me as the senior technical producer on the project, yes, but knowingly deceitful, no.

What worries me about this story, of course, is that had I not left the BBC, it could very well have been me giving the advice to Richard Marson that the vote had been compromised from a technical point of view, which ultimately appears to have cost him his job. That's some pressure to get your voting applications water-tight.

And as someone remarked to me at work last week, how ironic that the furore over a potentially sustained multiple-voting scam should have involved the option 'Cookie'. 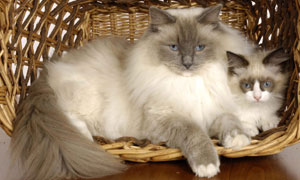 I was thinking perhaps this saga might draw a line under the 'All is TV is fake' bandwagon, but I see today that the Daily Mail is running with not one, but two new TV 'scandals'. 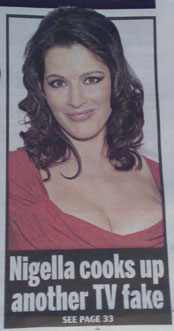 Shock! Horror! The X-Factor is sometimes manipulated behind the scenes in order to make better television.

Gosh! Who'd have thought! Nigella getting on a bus was filmed on a bus, but not a real one with real passengers. They hired a bus and used extras. Those crazy dishonest TV production mavericks.

The latter story is noticeable for what seems to be a new consistent tactic from the Daily Mail, of cherry-picking a handful of negative comments about a show or a newsreader's legs from the BBC's message boards, and presenting them as representative of a genuine groundswell of opinion or as official 'complaints'.

All this has resulted in a minor backlash with dozens of annoyed viewers writing critically about her show on the BBC's online viewer message boards.

"Is it just me," asks one, "or is Nigella's new series the biggest load of tosh ever seen on the Beeb?"

Back to voting and the BBC, I have posted to the BBC Backstage mailing list asking for feedback on whether 3rd party developers might have some uses or preferred formats in mind for getting the BBC to publish more granular data about votes.

I was rather hoping to hear some cool ideas about mash-ups, data visualisations, and aggregation of opinions across various sources.

Instead I've mostly got comments about how statistically unreliable online voting is (not, perhaps, news to me, having worked in the area for 5 years) and suggestions that a Radio One vote on whether the audience prefers crisps or chocolate as a snack should be subjected to greater external scrutiny than elections in far-flung despotic states.

Or indeed postal votes in the UK.

If you fancied contributing however, you can check the thread on the unofficial BBC Backstage mailing archive (as there still isn't an official one) and then join it to post a reply, or just leave a comment below, or mail me at my temporary BBC address - martin.belam at the usual bbc.co.uk.

And my favourite take on the Blue Peter cat story? This comment lifted from the Biased BBC blog:

1. The fact that the winning entry was a dirty word implied persons outside of the typical BP viewer age-range had been voting as a joke, and they pulled it not because it was offensive but because it didn't reflect the viewers' vote. They reconsidered because of pressure.