The disappearance of Madeleine McCann in Portugal hasn't made the TV news bulletins or English language press here in Greece, but as I still follow a lot of what goes on in the media in the UK, I have seen the acres of coverage devoted to the story at the other end of the continent. 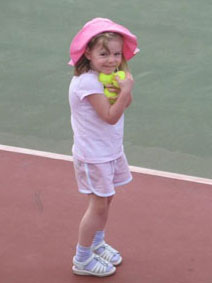 One trend that seems to be emerging in these high profile media scrum "Diana moments" in recent years is the intimate involvement of suspects or criminals in the investigation or coverage of their own alleged crimes. Whether it is the British born suspect in the Madeleine case, the suspects in the "Suffolk Ripper" murders, and most notoriously Ian Huntly in the Soham child murders.

It makes me wonder whether this is because criminals and suspects are now more media-savvy, or whether it is because the saturation media coverage of these crimes-that-become-events is like the blanket trawler nets at sea. They suck in so many of the people tenuously and geographically linked to a crime, that it becomes inevitable they have touched either what turns out to be the suspects or the perpetrators.

I spotted over the last few days newspaper outrage that the only named suspect in the McCann case had asked for advice about media representation and was accused of trying to "cash in" on the story. This hypocrisy comes, of course, from the very same newspapers that have been hoping to sell additional print copies based on their extensive coverage of the story.

The abduction in Portugal also has a brand new "new media" twist to it, with police appealing for people to upload photos. This seems to mean that regardless of data protection or privacy rules in either country, random strangers in the background of pictures in one nation state can be face-fitted against a database of people in another.

Given the media frenzy around the named suspects so far, let us hope no false positives come out of the photographic trawl.

On the BBC's Have Your Say site someone came up with a brilliant idea - why not encourage people to photograph anyone in Spain or Portugal in public with a three year old child, and submit those pictures to the police as well. Usually, of course, going around snapping pictures of three year olds that belong to other people in public places would be cause to summon the Paedofinder General.

The ever entertaining Speak Your Branes site neatly punctured this idea by adding that "Why not simply arrest everyone seen with a 3-year-old girl and then sift through them all in a gigantic paedo-thresher?".

The money being raised or offered as a reward seems astonishing from outside the UK. The £2.5m reward could sponsor 13,698 children in Africa for a year via ActionAid UK.

Then again, it isn't that much money in modern values - judging from the amount donated to a nurses hardship fund, £2.5 million appears to be about two days wages for England's Premiership players.

It all makes a stark contrast with the story of the most high profile missing child in Greece - Alex Meschisvili.

Alex has been missing for 15 months.

He was last seen on his way home from school in February 2006.

It is generally believed that he was killed by some of his classmates.

Then either the parents or grandparents of some or all of the children involved helped to hide the body in a secure location, and have subsequently put up a wall of silence about Alex's fate.

For 15 months his mother hasn't known whether Alex is alive or dead, but she has known that some of the people in her community do probably know what has happened to him, and have chosen to remain silent.

Unlike with Madeleine, there is no national campaign here in Greece to find Alex. No fund to support his anguished mother. No chain email. No video clips shown before the Greek Cup Final appealing for fresh information.

But then Alex isn't a photogenic three year old girl.

Alex is a "not we". Georgian. Not Greek. One of the 8.1% of the population of Greece that is an immigrant.

The fact that his fate remains unknown doesn't feature in the news in Greece anymore.

The "Find Madeleine" website has received millions of visits, and there is even a puff piece by Sky News about how it was put together. By contrast, Alex's mother has had to use the free tool of Blogger to make her "Find Alex" site.

These are her words to describe the anguish of situation:

"Our 11-year-old son disappeared without trace from the centre of Veria on 3rd February 2006 at 7.00p.m. No one saw anything unusual that night. Our search for him was carried out on an international scale. On 2nd June 2006, without letting us know beforehand, the police started excavating beside the Town Hall of Veria. Frantically,we asked the police what was going on and they replied that they had been lookihg into the case and had discovered a gang of 5 juveniles who had connfessed to killing our son.three subsequently retract their confession, saying they were playing a hoax on the police.Two continue to confess to murder and also implicate three adults who helped them. Despite all this,the police are incapable of solving the case,while at the same time they obstinately refuse to search for the body of our son..."

As the writer feels so clearly angry about the way the case of Alex was handled I would have thought they might welcome a different approach with a bit more energy behind it. This case has shocked and dismayed many people. Thank God for the media here who are keeping this case at the forefront of everyone's minds, as the parents of this lost child have requested. And maybe this case of Madeleine McCann which has so captured people's imagination will serve to highlight and bring some action for the hundreds of missing and abducted children that there are each and every day.

Maybe. But then again, for example, are two not-exactly-publicity-shy advertising types driving from Glasgow to Portugal with an inflatable poster about the missing McCann child really helping to find her and raise awareness of the plight of the other 450+ children who have gone missing in the UK alone since the disappearance of Madeleine McCann? Or are they just cashing in for publicity from the media you thank god for?

I wish that ALL missing child are kept in the spotlight. Not just the ones like Madeleine. I could well live without the miles and miles of type and the tons of gigabytes of images about vapid celebrities. Let's start talking and writing about really issues and missing children are the real issue.

The media doesn't care about either Madeleine or Alex. People care about people. The media cares about selling itself. Whatever that takes. If we are going to find ANY of our missing children, we have to have to do it in a way that people cannot exploit for their own gains.

I want everyone to be shocked and dismayed about Alex too. And, as you say Martin, about ALL of the 450+ children (JUST IN THE UK!) who have gone missing since Madeleine.

I am not naive. I understand that she has become a poster child for missing children (she is also being used to sell papers) but that's just for now. The media will move on and many other children will go missing.

What can we do ? I don't know but it has to be much, much more than we are doing now. In my opinion we have to stop filling people's heads with gossip and hearsay and get people thinking. We have to stop our tabloid mentality and start living and being real human beings. We have to find a way to start REALLY caring.

alex's parents didnt leave him in a room alone while they went out to dinner, yet they get no help from anyone. society is showing its very, very ugly.

I think you've got it a little wrong here. There have never been in Greece acts like that you describe in the UK for Madeleine. So it is not strange that there is not anything like that for Alex. The Greek society, the simple people have been shocked and after all this time are still shocked. The media as usual have forgotten Alex, but that is usual too. They make as much money they can from such cases, and when they find another victim the forget the previous one.
I am a dentist, and live in a town far enough from Veroia, the town of Alex, and I see from the people that come to my office, that most of them are still very concerned about Alex.