Yesterday, after watching the finish of the Tour Of Britain, I popped into The National Gallery. It reminded me that you can end up taking it for granted that the majority of our galleries and museums in the UK are free, for if they had been charging admission there is no way I would have paid to just visit for half-an-hour or so. I was actually in search not of a painting, but of an interactive kiosk. Apparently they had set-up some computers through which people could vote in the Greatest Painting vote - but I didn't see them, although I did catch one of the nominated paintings - Sunflowers - in the flesh. Well, in the oil on canvas at least. 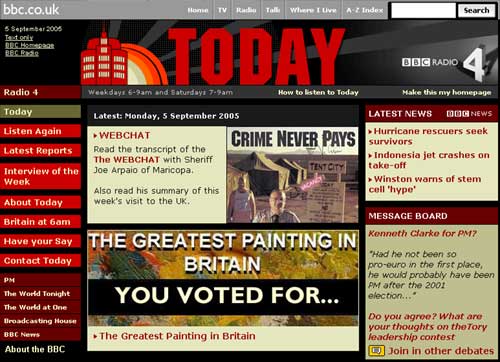 And so with a flourish this morning the Today programme unveiled (if you can unveil something on the radio) the winner of the Greatest Painting In Britain Vote. 'The Fighting Temeraire tugged to her last berth to be broken up 1838' scooped the prize by quite some margin. Within minutes it was splashed across the BBC homepage. 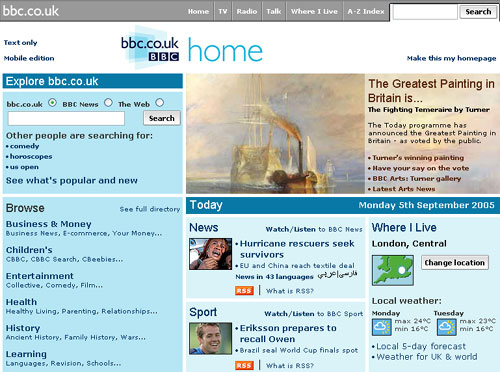 The final results were:

The vote has been phenomenally succesful in attracting online participation. The Today website was announcing that 118,111 votes had been accepted, making it by far the most popular vote my team has collated the results for. It tripled the 35,500-or-so votes Radio Five Love got for the Wembley Bridge vote. And just think, this time round, seven more votes than 118,111 and we might have had an editorial issue over product placement :-)