A Euro2012 victory for the Guardian’s live blogging tools

The Guardian hit an exciting milestone last night with our Euro2012 coverage - the first time that an England game has been live blogged using our new system. It has been in development for a few months. We started discrete trials with live blogs that we didn’t expect to generate too much traffic - the Church of England General Synod was the first one - but you can’t get much more pressure on a system to work in anger than when you are covering a crucial England game.

Much of the development has been behind the scenes on the tools that the journalists use, and last night Barry Glendenning did his bit for diplomatic relations between developers and journalists:

“I should add, we’re just trying this gizmo out tonight - I don't think we’ll be rolling it out in all its glory until the Olympics. I’m currently surrounded by a platoon of anxious looking tecchies wearing Red Dwarf t-shirts, getting strafed by rogue Monster Munch crumbs as they chew nervously and peer over my shoulder.” 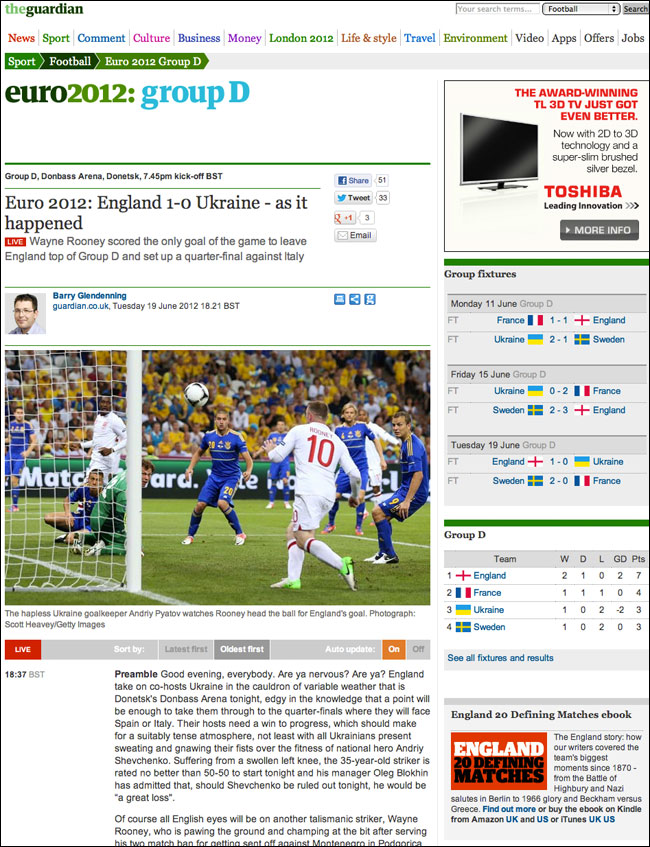 Read other recent posts about: Digital media, Football, The Guardian